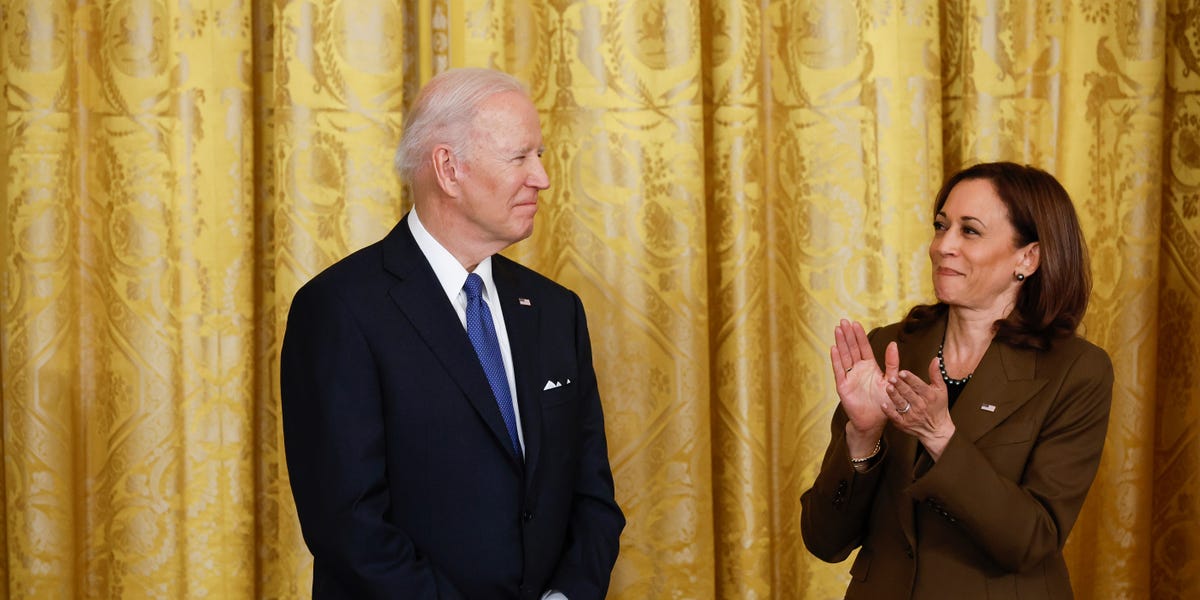 The White House released a rare video of President Joe Biden and Vice President Kamala Harris to mark two years since they took office. It includes waiters, burgers, and a big helping of self-promotion.

Posted from the Twitter accounts @POTUS and @VP, the video shows the two leaders sitting across from each other at a table in the White House, marveling at their own accomplishments over the past two years.

“I think we’re off to a good start,” says Biden, as he sits down to lunch.

Harris replies that the start has been “excellent”. She nods to the “resilience, the determination” of Americans as motivation and then launches into praising Biden.

“I wish people could see what I see sometimes,” he says, as the video shows photos of them over the past two years. “I’ve been in the Oval Office with you when the cameras are there and especially when the cameras aren’t. And what you’ve done uniquely, based on who you are, and I mean that with all sincerity, to unite nations, allies in the world, and you bring people together in a bipartisan, unique way.

“You’ve been an incredible leader this past year,” she says as Biden calls her “very nice.”

The two-year mark comes at a difficult time for the administration, as Biden is forced to deal with a newly formed special counsel investigation into his handling of classified material, as well as a Republican-led House, which is determined to investigate Biden and his family.

In the video, they go over their highlight reel, which includes job creation, capping the cost of insulin, more female appeals court judges, and the appointment of Judge Ketanji Brown Jackson, the first black woman to sit on the Court. Supreme.

Harris calls it “innovative” and Biden says there is much more to do. “We’ve got momentum,” they both say as waiters deliver their boxed hamburger lunches.

The video is being celebrated and criticized on Twitter, probably depending on the political affiliation of the users.

“This is rare” tweeted Kyle Martinsendeputy director of rapid response for the Republican National Committee.

However, Chris D. Jackson, a Democrat and Tennessee County Commissioner, praised the administration even more.