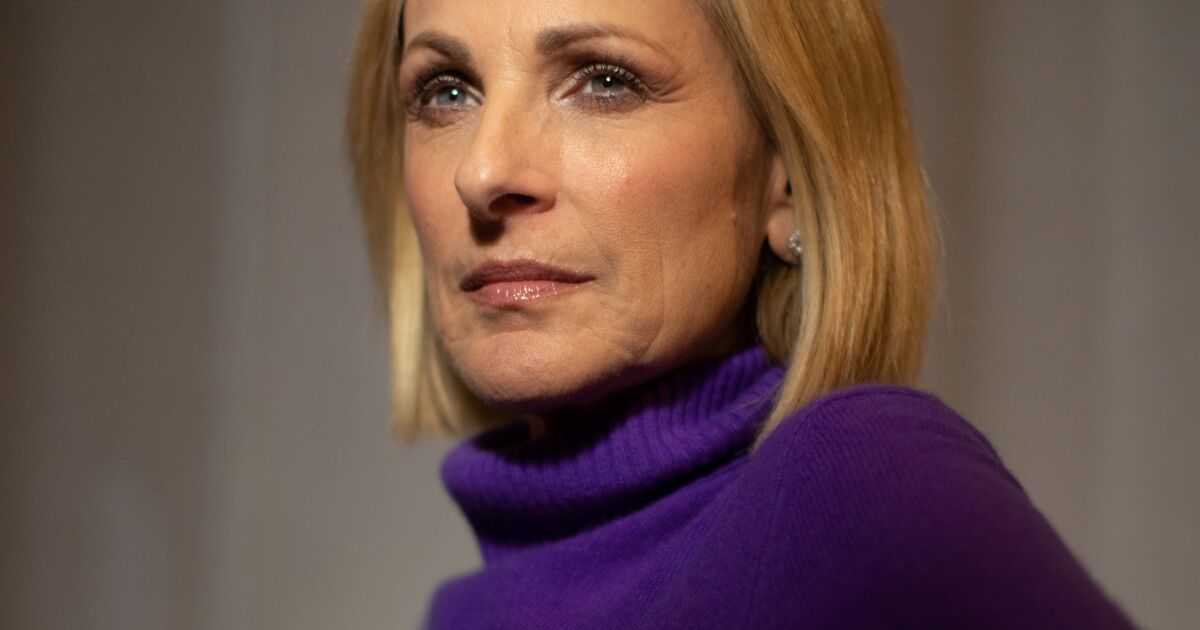 The set of Marlee Matlin’s directorial debut is the quietest I’ve ever been on.

It’s not a completely absent sound – there’s a low hum, people ask quietly between takes – but it’s weak enough that when the DIY air conditioner kicks in and the bag over your head inflates out of suddenly with a bang, jump up. In the distance, I hear “Action!” and then I’ll hear “Cut!” but otherwise a deferentially low volume pervades the space. The source of the minimalist sound is Matlin herself: petite but commanding, sporting long blonde hair and a pink blouse, directing a courtroom scene with a series of hand gestures, lots of thumbs up, and the occasional word. . I can’t hear her interpreter from my position, but that’s partly because the two of them are always right next to whoever they’re talking to. However, I do hear an extras arguer at one point calling out for an energy boost: “Big test, big deal.”

It’s late June and we’re inside the massive studio complex in Etobicoke, Ontario, on Toronto’s west side, where filming is underway for Fox’s new crime anthology “Accused,” an adaptation of the 2010 British film ( “Cracker”) by creator Jimmy McGovern. original. Produced by Sony Pictures Television and premiering on January 22, each episode of the series begins with a character facing a verdict in court and then dives into the story of what got them there: as executive producer Howard Gordon puts it, this is less a whodunit than what happened.

The Matlin episode, which will air on January 24, centers on Ava, a deaf surrogate (played by deaf actress Stephanie Nogueras) who kidnaps the baby, who also turns out to be deaf and whose parents (Aaron Ashmore and Megan Boone) are considering cochlear implants. “Accused” uses directors with personal experience that aligns with each story, thus deaf actor Matlin, fresh off the “CODA” awards sweep, steps behind the camera here. (Two other deaf actors are also in the cast: Joshua Castille as Ava’s boyfriend and Lauren Ridloff as her public defender.) Says Gordon: “It was really compelling for us to be able to tell the story in some depth with someone who’s really been on the front line between the hearing world and the deaf world.”

For her part, Matlin doesn’t seem the least bit nervous when I meet her. Through his windowed mask, to accommodate COVID-19 restrictions and allow for lip-reading, he exudes competence and warmth, even in the final days of a nine-day shoot, and despite my own learning curve from communications: I know to look at her instead of the interpreter (everyone on set got a best practice sheet), but I’m so used to seeing who’s talking that I keep doing it by mistake anyway.

Matlin is, simply put, the kind of person you want in charge in an emergency. During a subsequent Zoom interview, I say that one of my questions is silly, and she gleefully chides me: “Stop being negative!” She reminds me of my mother, a woman who refuses not to the soldier brilliantly.

The way the “defendant” The gig he got to Matlin would instill positivity in anyone: his agent mentioned to Gordon that he wanted to direct; at that precise moment, Gordon had the perfect script for her. “I guess it happened at the right time when I was thinking about it,” says Matlin. “It was almost like karma.” Her initial interest came from the fact that it was a story about her community, her culture, her language. She hasn’t been a surrogate, but she could relate to the “protective instinct for a baby who happens to be deaf.”

Ironically though, Gordon’s initial idea was simply an episode about surrogacy, based on a true story he read about a baby with Down syndrome. It was Maile Meloy, Gordon’s short story writer and friend to whom she had introduced the program at a party, who came up with the idea of ​​the deaf surrogate.

Meloy had already been taking American Sign Language (ASL) classes because she was working on the Netflix show “Society,” which featured a deaf character. When the series shut down during the pandemic, she continued to learn the language and about deaf culture. At the same time, she had read Andrew Solomon’s “Far From the Tree,” about traits that children don’t always share with their parents. Meloy realized that what Solomon had written about scientific advances trumping the ethics that surrounded them also applied to deafness. Matlin went in during the drafting stage and read each draft.

Even before arriving on the set, Meloy was convinced that Matlin was up for the job. “Seeing her as an actress and an activist, I knew she would make a great director,” she says. “She’s so confident and magnetic that people just want to follow her.”

That confidence isn’t immune to setbacks, though, and Matlin remembers the beginning of the pandemic as a difficult period. “Sometimes you felt left out, because the masks weren’t always like the masks we had on set,” Matlin says. “I didn’t feel right as someone who relies on lip reading.” Most of the time, she communicates face to face during a take, which I noticed during filming: She was either hunched over a desk next to a cast member or standing right in front of them. To communicate, Matlin uses a combination of her own voice, interpreters, and sign language. (There are variations between Canadian and American signs, as there are in all countries, but as Meloy points out, signs are still useful if she’s talking to someone across the room and wants to keep things quiet.)

“The only difference between the hearing actors and the deaf actors was the fact that I was free to sign the deaf actors,” Matlin says. “The actual work of directing them was the same.”

Which is not to say that he didn’t ask for help before shooting. Matlin reached out to a couple of people to ask what she needed to keep in mind as a first-time director. And they all told her the same thing: that she would be asked endless questions and that she should always have an answer ready. She narrowed it down to five: yes, no, maybe, what do you think, and I don’t know.

Matlin gives a longer answer when I ask him how far Hollywood has come in its treatment of deaf talent. She says that between 1986’s “Children of a Lesser God,” her Oscar-winning film debut, and 2021’s “CODA,” which won the Best Picture Oscar and in which she starred alongside two other deaf actors, the shift it had been “really slow.” ”But when she received the script for“ CODA ”, she knew that this was the turning point. “The bottom line is that you had three genuine deaf actors carrying the film; we weren’t a fund, we weren’t, you know, little tokens,” she says. “[There were] so many things that impacted people that were new, but at the same time so familiar… Now they realize that we exist”. 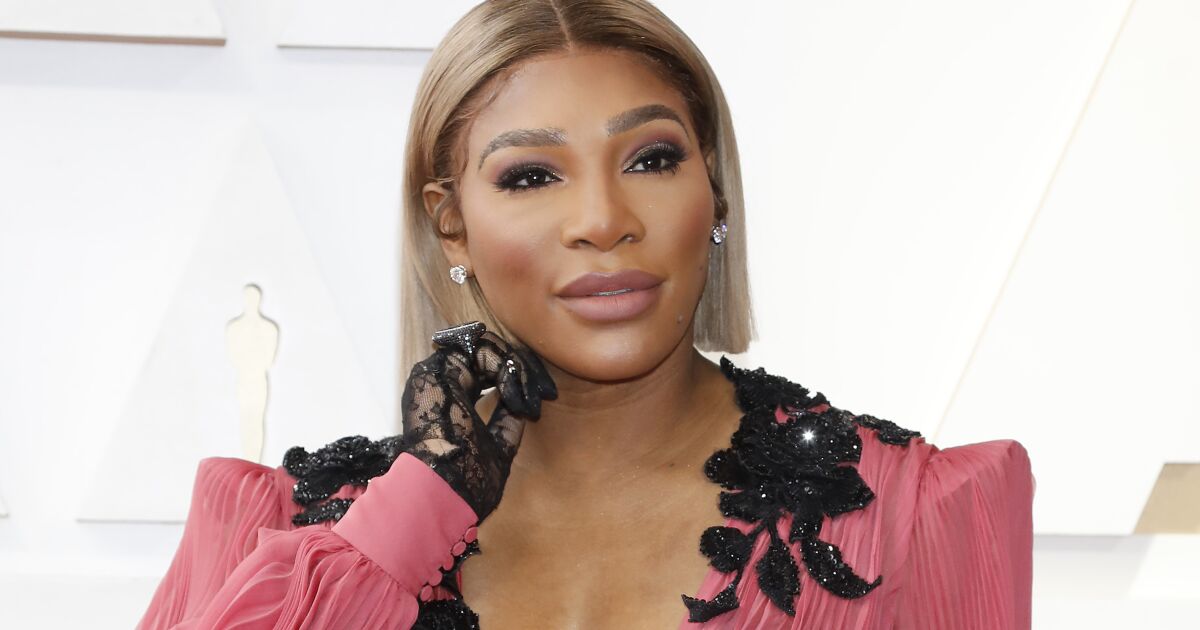