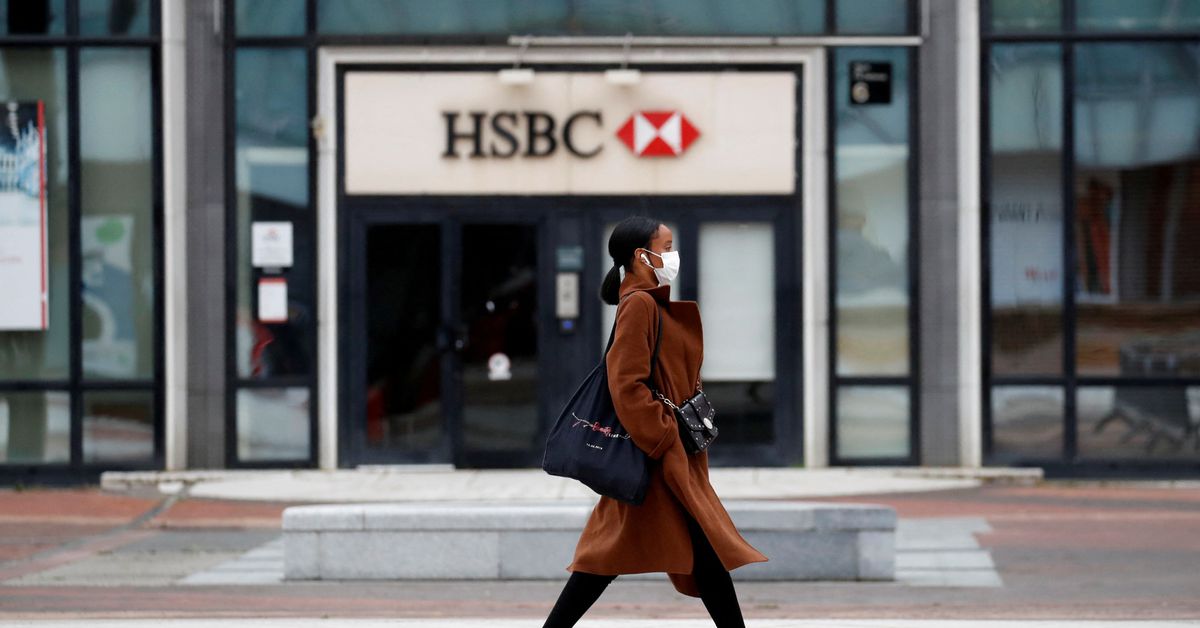 LONDON/SINGAPORE, Aug 1 (Reuters) – HSBC (HSBA.L) pushed back on a proposal by top shareholder Ping An Insurance Group Co of China (601318.SS) to split the lender, a move Europe’s biggest bank said would be costly, while posting profits that beat expectations and promising chunkier dividends.

London-headquartered HSBC’s comments on Monday represent its most direct defence yet since news of Ping An’s proposal for carving out the lender’s Asian operations broke in April. It comes ahead of HSBC’s meeting with shareholders in Hong Kong on Tuesday where the Chinese insurer’s proposal will be discussed.

And in moves that pleased investors, HSBC raised its target for return on tangible equity, a key performance metric, to at least 12% from next year versus a 10% minimum flagged earlier.

It also vowed to revert to paying quarterly dividends from early 2023.

HSBC’s shares rose almost 8% in London to trade at their highest since end-June.

“We have sympathy for Ping An and all our shareholders that our performance has not been where it needed to be for the last 10 years,” Chief Executive Noel Quinn, who has run the bank for more than two years, told analysts.

Asia is HSBC’s biggest profit centre, with the region’s share of the lender’s profit rising to 69% in the first half from 64% a year ago.

Without directly referencing Ping An by name in its earnings presentation earlier on Monday, HSBC said a break-up would mean a potential long-term hit to the bank’s credit rating, tax bill and operating costs, and bring immediate risks in executing any spinoff or merger.

“There would be a significant execution risk over a three to five year period when clients, employees and shareholders would all be distracted,” Quinn said on the call, regarding the break-up proposal.

Some investors in Hong Kong, HSBC’s biggest market, have come out in support of Ping An’s proposal. They have been upset after the lender cancelled its payout in 2020. read more

Quinn said HSBC would aim to restore its dividend to pre-COVID-19 levels as soon as possible.

Discussions with Ping An had been around purely commercial issues, the CEO said, in response to a question from a reporter about whether politics was influencing the Chinese investor’s call for the bank to break up.

A woman wearing a protective face mask walks past a logo of HSBC bank at the financial and business district of La Defense near Paris, France May 11, 2020. REUTERS/Gonzalo Fuentes/

HSBC has shared with its board the findings of a review by external advisers into the validity of its strategy, but will not publish them externally, Quinn told Reuters.

Ping An, which has not confirmed or commented publicly on the break-up proposal, owns around 8.3% of HSBC’s equity. A Ping An spokesperson declined to comment on HSBC’s results and its strategy.

Reuters reported last month, citing sources, that HSBC was set to speed up its exit from non-core markets and deploy additional capital in Asia in a bid to push back against Ping An’s breakup proposal. read more

Dual-listed HSBC followed in their footsteps, posting a pretax profit of $9.2 billion for the six months to June 30, down from $10.84 billion a year ago but beating the $8.15 billion average estimate of analysts compiled by the bank. https://bit.ly/3BwBEXV

Quinn, under whose leadership HSBC has ploughed billions into Asia to drive growth, said the upgraded profitability guidance represented the bank’s best returns in a decade and validated its international strategy.

Instead of the break-up, HSBC will focus on accelerating the restructuring of its U.S. and European businesses, and will rely on its global network to drive profits, the lender said.

Quinn said as a result of those moves, the bank’s risk-weighted asset reduction programme had reached a cumulative total of $114 billion, and it was on track to reach at least $120 billion of savings by the end of this year.

The capital released will be utilised for investing in “areas of strength”, Quinn said, mainly in Asia.

Analysts at Citi said the new guidance implied earnings upside for HSBC. “The beat this quarter could result in high single digit consolidated profit before tax upgrades,” they said in a report.

HSBC is paying an interim dividend of 9 U.S. cents per share. It also said stock buybacks remain unlikely this year.