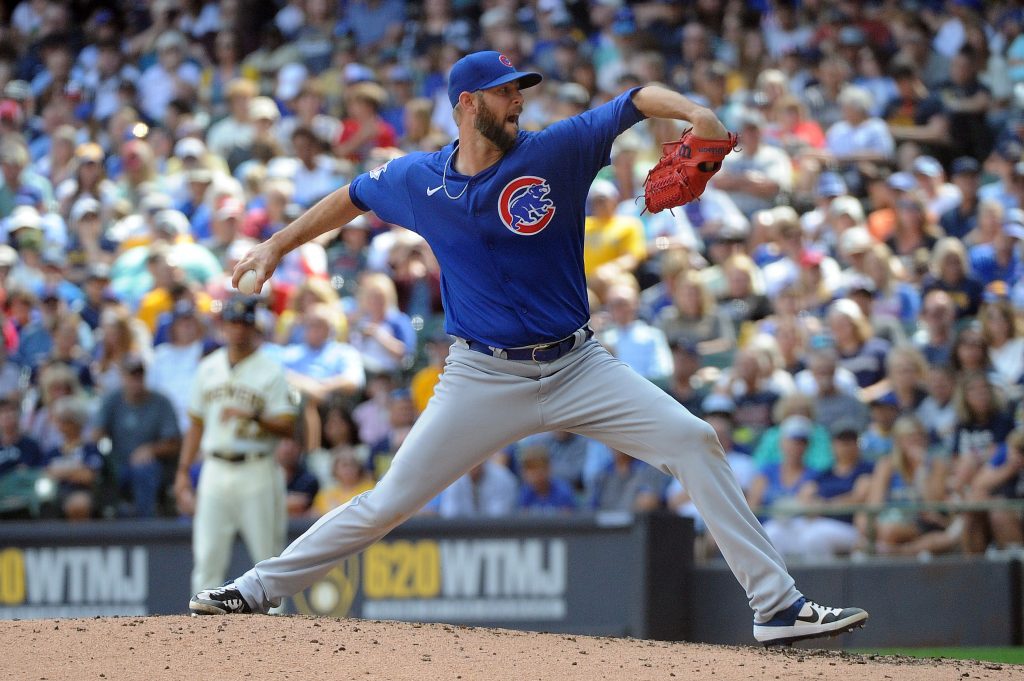 The Dodgers have made one of the first bullpen pickups of note prior to Tuesday’s trade deadline, announcing Saturday that they’ve acquired right-hander Chris Martin from the Cubs in exchange for infielder/outfielder Zach McKinstry.

Martin has already appeared in 34 games and logged 31 1/3 innings of 4.31 ERA ball this season, although fielding-independent metrics are far more bullish (3.02 FIP, 2.09 SIERA). Martin has been uncharacteristically homer-prone this year but has maintained his elite command of the strike zone. He’s punched out 30.1% of his opponents thus far and walked just four of the 133 batters he’s faced (3.1%). One of those free passes was of the intentional variety, it should be noted, and Martin has also yet to hit a batter this season.

The towering 6’8″ Martin is one of the more notable overseas success stories in recent years. After a nondescript run with the Rockies and Yankees in 2014-15, he signed with Japan’s Nippon-Ham Fighters and tore through NPB lineups over a brilliant two-year stint there. He signed with the Rangers for the 2018 campaign and, after a pedestrian first season back in MLB has solidified himself as a quality late-inning reliever. Over the past four seasons, Martin touts a 3.46 ERA with a 26.5% strikeout rate and an impeccable 3% walk rate. Among the 431 pitchers who’ve thrown at least 100 big league innings in that time, Martin’s walk rate is the second-lowest in the game (narrowly trailing former teammate Josh Tomlin’s 2.9% mark).

Martin will give manager Dave Roberts some reinforcement in what’s been a generally strong but also very injury-plagued relief corps. Dodgers relievers rank sixth in the Majors with s 3.37 ERA, but they’ve lost Daniel Hudson for the season (torn ACL), aren’t clear when Blake Treinen (shoulder) will return, and also have each of Brusdar Graterol, Victor Gonzalez and Tommy Kahnle on the injured list at present. 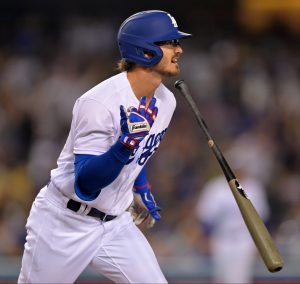 In return for their one-year investment in Martin, the Cubs will acquire as many as five additional seasons of control over the 27-year-old McKinstry, who made his debut with the 2020 Dodgers and has been an up-and-down utility option in L.A. since that time. A lefty hitter with experience at second base, third base, shortstop and all three outfield spots (albeit just 18 innings in center), McKinstry has posted just a .210/.266/.403 batting line in the big leagues. That’s come in a tiny sample of 193 plate appearances, however, and he’s been outstanding during his time at the Triple-A level.

McKinstry, a former 33rd-round pick, has logged 489 plate appearances with Triple-A Oklahoma City in parts of three seasons and put together a huge .323/.401/.550. The Pacific Coast League is a known hitters’ haven, but McKinstry has nonetheless been well above league-average on a rate basis and racked up an impressive 18 home runs, 25 doubles and nine triples there. He’s fanned in just 15.7% of his plate appearances and walked at a 10.8% clip as well.

While McKinstry likely profiles more as a utility player than a starter at the big league level, there’s at least a chance he could hit enough to be a regular at second base — his best defensive position. If not, he’ll give the Cubs someone to bounce around the diamond as a valuable role player for the foreseeable future. McKinstry will be out of minor league options next season, so he should receive ample opportunity sooner than later.