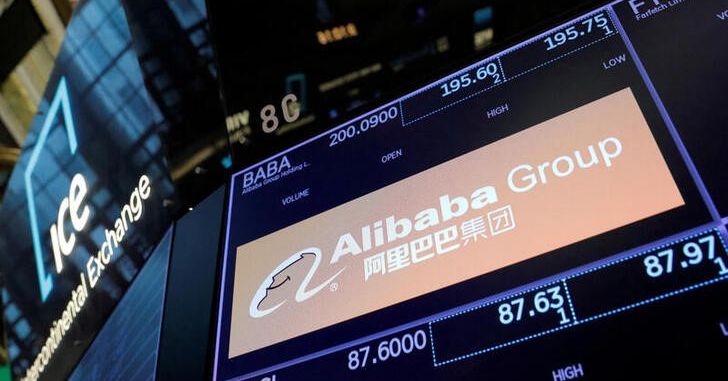 July 29 (Reuters) – Alibaba Group Holding Ltd (9988.HK), on Friday became the latest company to be added to the U.S. Securities and Exchange Commission’s list of Chinese companies that might be delisted.

Alibaba’s shares were down 11% at $89.37 at the closing bell, ending the month 21.4% lower. The e-commerce giant’s shares were already feeling the pressure after reports suggested Ma was planning to cede control of financial technology firm Ant, an affiliate of Alibaba. read more

Alibaba is among more than 270 Chinese companies listed in New York identified as being at risk of delisting under the Holding Foreign Companies Accountable Act (HFCAA), intended to address a long-running dispute over the auditing compliance of U.S.-listed Chinese firms.

U.S. regulators have been demanding complete access to audit working papers of New York-listed Chinese companies, which are stored in China.

While Washington and Beijing are in talks over the dispute, KFC operator Yum China Holdings (9987.HK), biotech firm BeiGene Ltd (6160.HK), Weibo Corp and JD.Com are among firms that could face delisting.

Alibaba’s IPO in 2014 was the largest debut in history at that time and paved the way for other Chinese companies seeking fresh capital to list on the U.S. stock exchange.

Founded in 1999 in Jack Ma’s apartment and catering to a large population in China, the e-commerce company has seen the wrath of both U.S. and Chinese regulators amid a broad crackdown, battering its shares since 2020.

It now plans to add a primary listing in Hong Kong, targeting investors in mainland China.

“Applying for the primary listing status in Hong Kong doesn’t necessarily mean they think they’re going to get delisted in the U.S… it’s just to mitigate that potential risk,” said Bo Pei, an analyst with U.S. Tiger Securities.