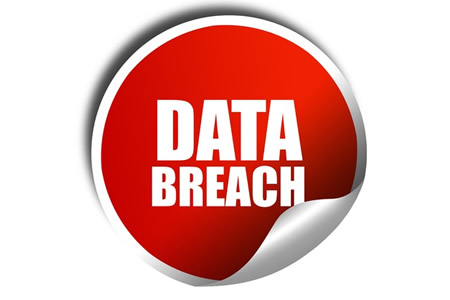 A round-up of data breaches that have recently been reported to the HHS’ Office for Civil Rights and state Attorneys General.

Further information has been obtained on a data breach reported to the HHS’ Office for Civil Rights on June 2, 2022, by Clinivate, a Pasadena, CA-based provider of EHR solutions for behavioral health agencies and schools.

According to a breach notification to the California Attorney General, unusual activity was detected in its digital environment on March 23, 2022. A forensic investigation confirmed that an unauthorized third party had gained access to its network, and on May 25, 2022, it was determined that files containing the protected health information of individuals were accessed by that third party between March 12, 2022, and March 21, 2022.

McLaren Port Huron Hospital has said the protected health information of certain patients has been compromised in a cyberattack at one of its former business associates, MCG Health. MCG Health provides patient care guidelines to many health plans and almost 2,600 hospitals in the United States. On March 25, 2022, MCG Health discovered an unauthorized third party had obtained data from its network that included data elements such as names, Social Security numbers, medical codes, postal addresses, phone numbers, email addresses, dates of birth, and gender. Many MCG Health clients were affected by the incident.

McLaren Port Huron Hospital said it was notified about the breach on June 9, 2022, and that the delay in being notified meant it has not conducted its own investigation to determine the probability of an actual compromise of patient data but has sent notifications to all affected individuals to warn them of the possibility that their PHI has been stolen. McLaren Port Huron Hospital stopped using MCG Health in 2019.

The data breach has been reported to the HHS’ Office for Civil Rights as affecting 48,957 McLaren Port Huron Hospital patients. Affected individuals have been offered complimentary credit monitoring and identity theft protection services for 24 months.

The device was used at a Kaiser Permanente COVID-19 testing site, and included photographs of COVID-19 specimen labels and protected health information such as names, medical record numbers, dates of birth, and the dates and locations of service. The theft was discovered the same day and Kaiser Permanente remotely deleted the data on the device, including all photographs.

Blue Cross and Blue Shield of Massachusetts (BCBSofMA) has recently confirmed that a data breach at a business associate has exposed the protected health information of some of its health plan members. The breach occurred at LifeWorks US Inc, which provides services related to the administration of the Retirement Income Trust, which includes making payments to pension beneficiaries.

BCBSofMA has reported the breach as affecting 4,855 individuals and has offered 24 months of complimentary identity theft and credit monitoring services to affected individuals. LifeWorks said it is taking steps to prevent any recurrences of incidents such as this.

A subcontractor of a vendor used by Blue Shield of California (BSofC) has suffered a ransomware attack in which the protected health information of members of BSofC and the BSofC Promise Health Plan may have been accessed or obtained. The ransomware attack was detected on April 28, 2022, by OneTouchPoint (OTP), which was a subcontractor used by business associate Matrix Medical Network.

The data breach has been reported to the HHS’ Office for Civil Rights as affecting 1,506 health plan members. Affected individuals have been offered a complimentary 12-month membership to a credit monitoring and identity theft protection service.