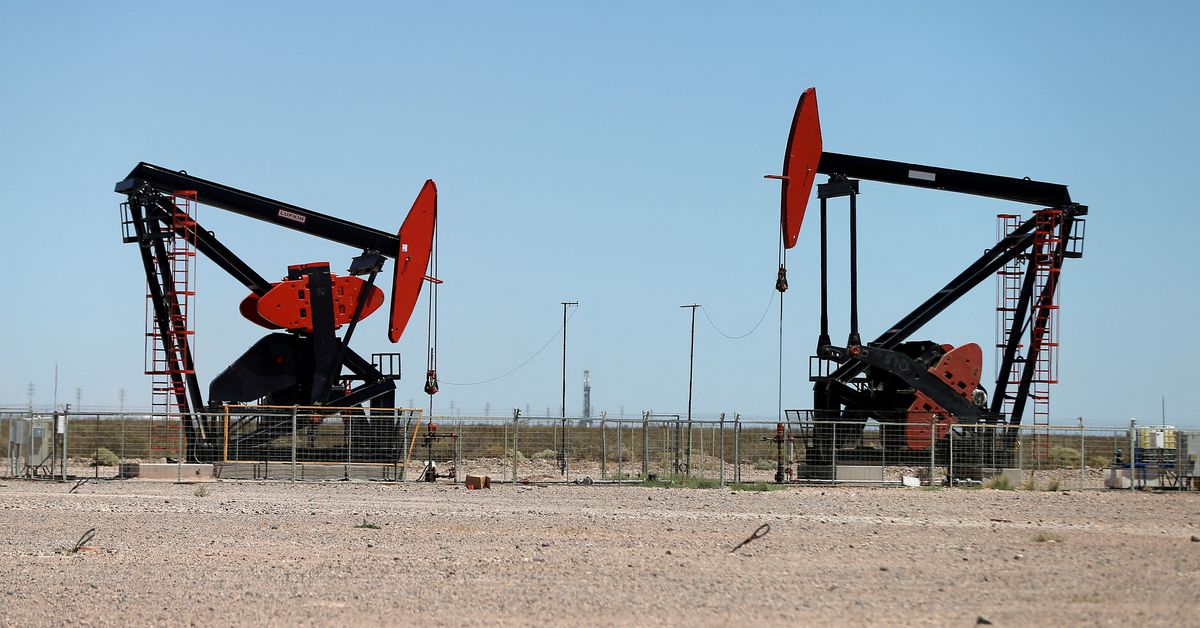 LONDON, July 25 (Reuters) – Oil prices rose on Monday, bolstered by a slightly weaker U.S. dollar and stronger equity markets in a session that seesawed between supply fears and expectations that rise in U.S. interest rates would weaken fuel demand.

Oil futures have been volatile in recent weeks as traders have tried to reconcile the possibilities of further interest rate hikes, which could limit economic activity and thus cut fuel demand growth, against tight supply from disruptions in trading of Russian crude because of Western sanctions amid the Ukraine conflict.

“Rising recession fears globally do suggest that gains are likely to be limited in the shorter term, geopolitics aside,” said Jeffrey Halley, a senior market analyst at OANDA.

Officials at the Fed have indicated that the central bank would likely raise rates by 75 basis points at its July 26-27 meeting.

But a steep front-month premium compared to the second month continues to signal near-term supply tightness. The spread settled at $4.82/bbl on Friday, an all-time high when excluding expiry-related spikes in the two previous months.

Libya’s National Oil Corporation (NOC) said it aimed to bring back production to 1.2 million barrels per day (bpd) in two weeks, from around 860,000 bpd.

But analysts expect Libya’s output to remain volatile as tensions are still high after clashes between rival political factions over the weekend. read more

Continued tight supply also follows “expectations that Russian oil supply will edge lower in the months ahead as widely-expected plans for a price cap on Russian oil may have the opposite effect on oil prices than hoped for,” said Warren Patterson, head of commodities strategy at ING.

The European Union said last week that it would allow Russian state-owned companies to ship oil to third countries under an adjustment of sanctions agreed by member states last week aimed at limiting the risks to global energy security. read more

However, Russian Central Bank Governor Elvira Nabiullina said on Friday that Russia would not supply oil to countries that decided to impose a price cap on its oil. read more