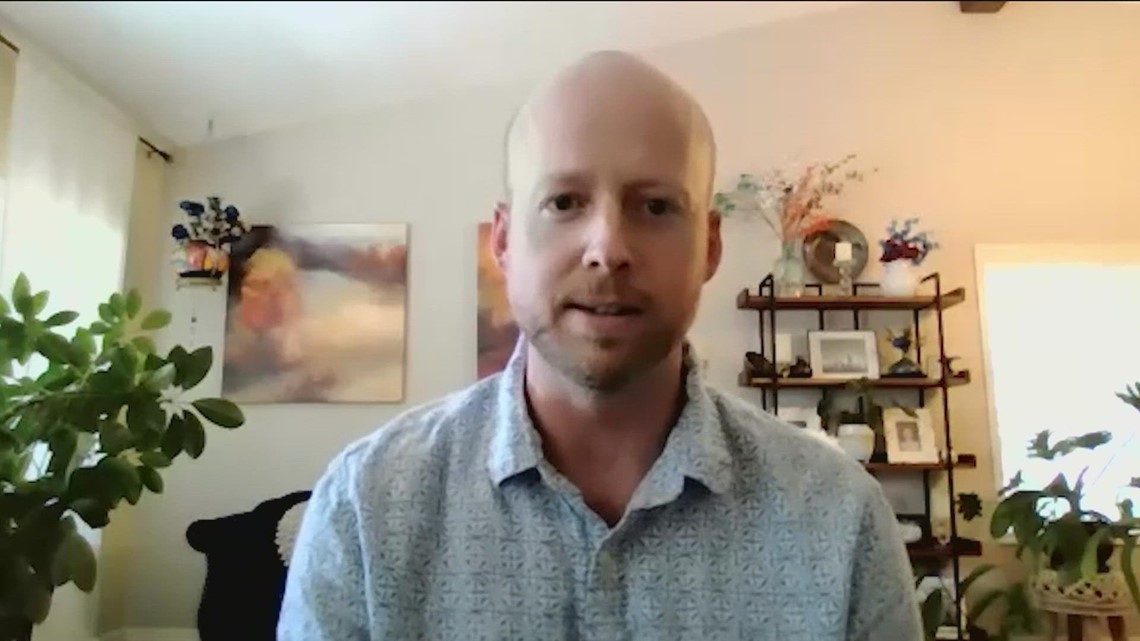 Jordan Ragsdale’s recording lasted 27 seconds. The annual phenomenon lasts through August 24, with its peak expected to be August 13 during the next full moon.

BOISE, Idaho — The Perseid meteor shower returned in all its galactic glory on Sunday. This is the time of year when Earth passed through the dust trail left behind by the Comet Swift-Tuttle.

Basically, we have been crop dusted by an ancient comet and every year, barring over-bearing light pollution, a lot of local astronomers and amateur star gazers are out there trying to capture a glimpse of that dust, which we would only see as it enters our atmosphere as a meteor.

Jordan Ragsdale of Eagle has seen a lot of them. For the past year or so, he’s recorded countless meteors on his outdoor camera – some days as few as 20 – some morning as many as 500.

“This one just stood out, because it happened over multiple cameras and anytime that happens, it’s always like, ‘oh, that was a long-traveling meteor.’ It’s pretty unusual for it to go so far, that it goes from one camera angle to the next and as I was looking more, I was like, ‘wow, this is four camera angles,’ you know,” Ragsdale said. “Not only that, but it kind of started on the northern horizon and then I didn’t even see it finish behind the southern horizon. It went behind a tree before I could see it.”

Ragsdale said 27 seconds is “pretty unusual” for a meteor, because most of the time, the meteors just burn up in the atmosphere.

“They call it an Earth grazer, where it just kind of grazes the earth. They’ve even speculated some of them will just skip off the atmosphere,” Ragsdale said. “They’ll just light up a little bit and that’s enough resistance that it’ll send them up and out of the atmosphere, but this one looks like it just had the perfect angle that it just coasted right through.”

Ragsdale has his camera mounted on the side of his house. He said the camera typically captures all meteors that go by.

“I usually review them over a cup of coffee in the morning, because you can go through and most of them are just tiny little blips, but every once in a while they jump out at you pretty bright,” Ragsdale. “You know, if you get a really bright one, it’s exciting, or a real long one, so it’s a little bit like treasure hunting. You never know what you’re going to find in the morning, so it’s like a little present while you’re having your coffee every morning.”

Ragsdale said his camera is connected to a network of hundreds of these cameras that send their videos to a centralized database.

There’s another one in Glenns Ferry, Ragsdale said, and they are compiling the video to see if the meteor he captured is in fact one of the longest ever recorded.

The video has been sent to NASA to see if in fact it was a meteor and part of the Perseid meteor shower.

The annual phenomenon lasts through August 24, with its peak expected to be August 13. That’s the time we should see the most meteors burn through the sky. “Should see” is the key phrase here, because that night – August 13 – happens to line up with the next full moon.

The Sturgeon Moon, according to NASA, will appear full for about three days from Wednesday morning through Saturday morning. These meteors should burn brighter than the moonlight, so seeing them shouldn’t be too much of a problem.