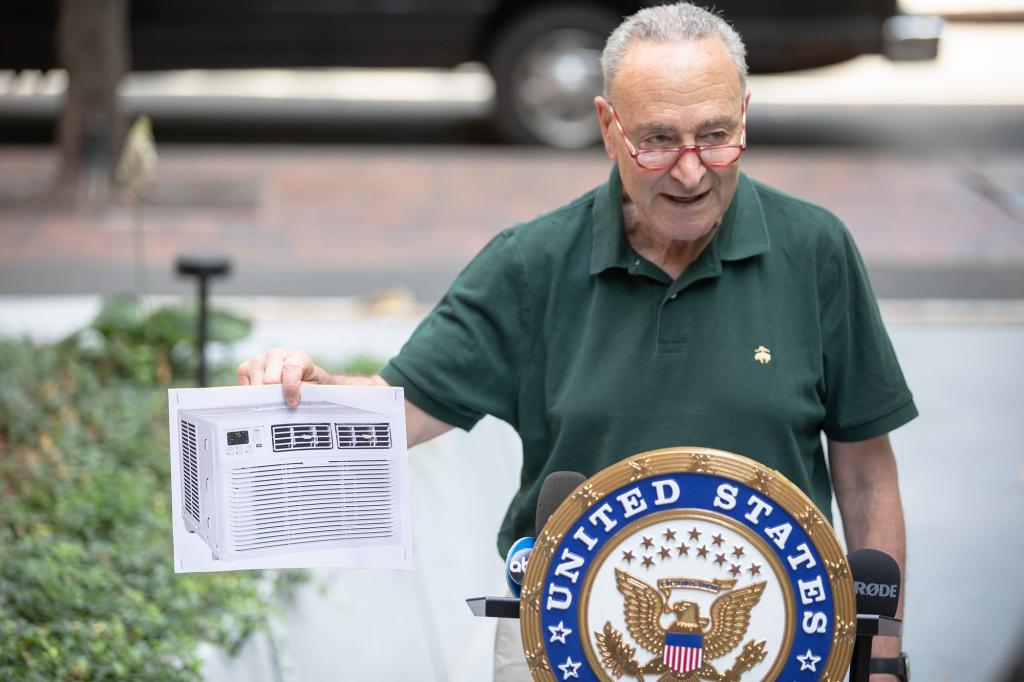 A federally funded program that helps New Yorkers cool their homes has stopped taking new applications, Sen. Chuck Schumer said Sunday, calling on the government to “step in” to fill the gaps amid the continuing heatwave.

“Between rising costs and climate change, which make these heatwaves longer, more people need the help,” Schumer said in a press release.

The senator requested that the US Department of Health and Human Services “step in, offer maximum flexibility to New York so it can meet this unprecedented demand and prioritize those at a health risk.”

On Saturday, the city Medical Examiner’s office said that one person died of heat exposure, as Big Apple residents endured their fifth consecutive day in the 90s.

Schumer said the Empire State is historically adept at operating programs that allow New Yorkers to get relief from summer scorchers and that HHS typically gives the state funds in a timely manner. But he called on the federal government to redouble its efforts amid increased frequency of sweltering days and the high costs of tools to cool off.

“The bottom line here is that it really should be no sweat for the feds to help NY contend with this unprecedented demand for cooling assistance,” Schumer said.

The state has decreased the cooling assistance demand backlog from 30,000 to about 21,000 in the past week, according to the longtime lawmaker.

“New York has worked day and night and reduced the backlog by 24%, but the state should not have to do this alone,” Schumer said.

“We cannot ignore that these heat waves last longer and that weather overall is more erratic and unpredictable,” he said. “In the upcoming federal budget, I will be pushing for a billion-dollar increase nationally, so that New York can tap more of these dollars, build up its account and keep this critical assistance going.”