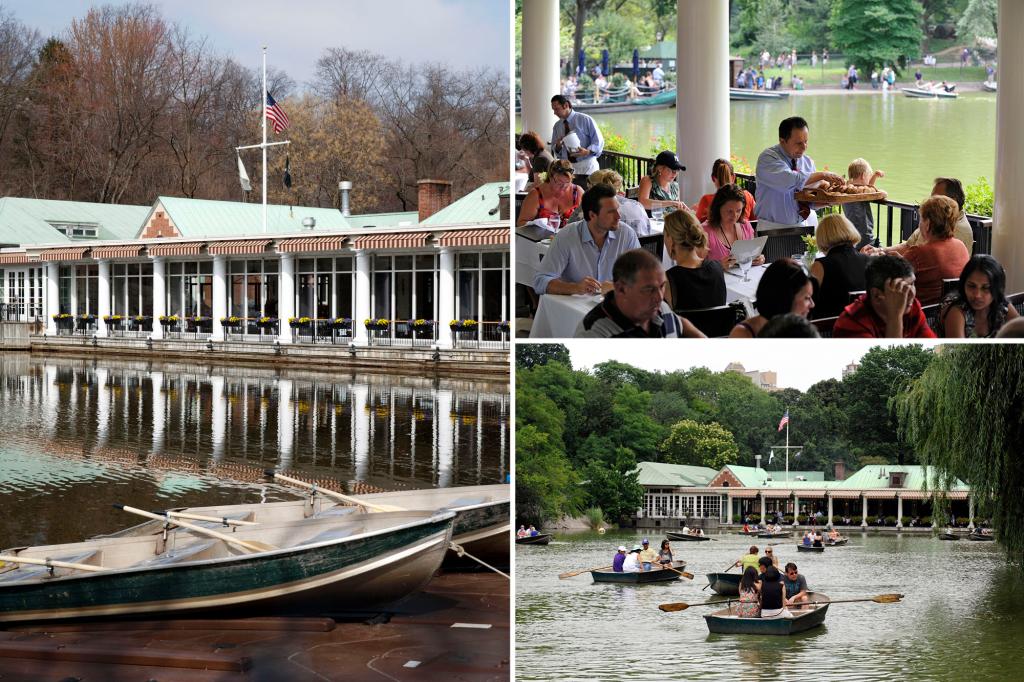 She’s all washed up — and it’s a heartbreak for the city.

Beware of false assurances from city officials, scrambling to save face — I don’t expect the Central Park Boathouse to come back to life any time soon after the restaurant shuts its doors in October.

“It is our intention to engage a future operator as soon as possible,” Parks Department officials said on Friday, after current manager Dean J. Poll announced he was shutting things down.

But if the past is any guide, we’ll be waiting an awfully long time for a table at the prettiest lakeside setting on earth.

The tormented history of another Central Park institution, Tavern on the Green, with Poll having backed out of a deal to reopen the then-dark landmark in 2010, suggests finding a new operator for the Boathouse could take until the Central Park sheep return.

A prolonged shutdown would be a tragedy for the park and for post-pandemic New York. Visiting friends from Seattle who had never seen it until recently were in awe of the setting’s beauty — as I am on every visit.

But Tavern became “Cavern on the Green” for five years during the Bloomberg administration. Problem No. 1 was the city’s insistence that infamously tough union Local 6 of the New York Hotel Trades Council & Motel represent workers under a new operator to succeed previous license holder Jennifer LeRoy — although the city wasn’t obligated to require this.

Poll, who has run the Boathouse since 2000, had a deal in 2010 to reopen Tavern. But he walked away after the union blocked his plan to slash the number of employees.

Local 6 got even with Poll for trying to cut its clout at Tavern when it muscled its way into the previously non-union Boathouse a year later.

The forced marriage seemed to work, but the bitterness never fully waned.

Now, as Poll plans to close the Boathouse on Oct. 17 at the cost of 163 union jobs, there’s buzz that he’s just trying to pressure Local 6 into swallowing job cuts, among other givebacks. But it’s unlikely, given the union’s take-no-prisoners style.

Poll downplayed the idea that a new operator could be chosen soon, saying, “Maybe not,” when asked about it by The Post.

Before anyone could turn the lights back on, the Parks Department must bid out the complex license agreement; plenty of time could pass while they wait for and evaluate offers. Prospective operators must crunch the numbers over a requirement to pay the city the greater of a $1.7 million annual fee or 7.2% of annual revenue, not to mention the terms of a union contract.

Poll did his best — and more. He made the once for-tourists-only Boathouse into a viable destination for New Yorkers. A $2.9 million renovation in 2018 made the lakeside venue even more alluring with improved seating, décor and a new glass wall that rolls up depending on the weather.

He also made the modern-American menu better than it ever was. Dishes this summer – like basil-crusted salmon with Tuscan couscous ($36 lunch, $38 dinner), roasted lamb loin $42 dinner only) and one of the best crab cakes I’ve ever had ($23 lunch and dinner) – were not only delicious, but reasonably priced by today’s standards.

It would be a pity to lose for long the Boathouse’s splendid tastes in a setting that so beautifully celebrates our city.