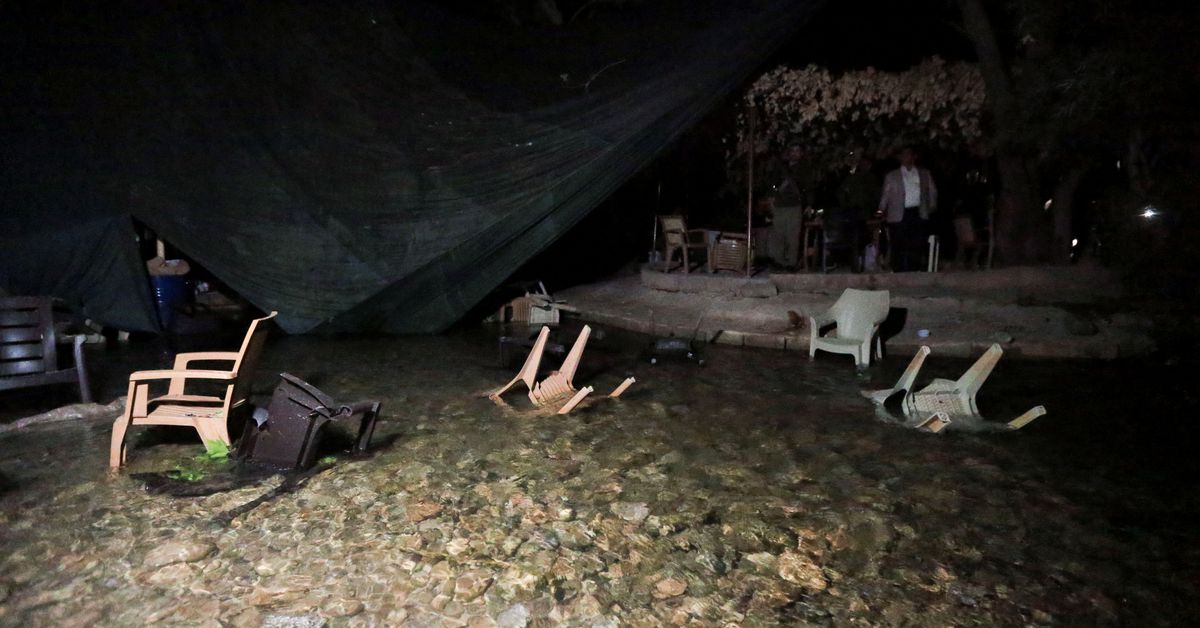 SULAIMANIYA, Iraq, July 20 (Reuters) – Iraq’s government will call back the Iraqi charge d’affaires in Turkey for consultation after accusing Ankara of carrying out a strike on a mountain resort in the northern province of Dohuk, the state news agency INA reported. read more

Turkey rebutted claims by Iraq that it had carried out a strike that killed eight tourists and wounded another 23 people, saying the attack was a terror act.

The “fierce artillery bombing” hit a resort in Zakho, a city on the border between Iraq’s Kurdistan region and Turkey, Iraq state TV said.

Iraq’s Cabinet also directed the foreign ministry to summon the Turkish envoy in Baghdad to protest against the attack. read more

“The killing of civilians is unacceptable, and all states must respect their obligations under international law, including the protection of civilians,” State Department spokesperson Ned Price said.

Children were amongst the victims, including a 1-year-old, the Kurdish health minister said in a statement, adding that all the victims died before reaching a hospital.

“We pulled up the fence that was around the waterfall. We looked from inside, I saw children lying on the ground. … It’s a scene that I’ve never seen in my life,” Alaa added.

Turkey’s foreign ministry said Ankara was saddened to hear of the casualties in the attack, and added that Turkey took maximum care to avoid civilian casualties or damaging historic, cultural sites in its counter-terrorism operations against the outlawed Kurdistan Workers Party (PKK) militia and others.

“Turkey is ready to take every step for the truth to come out,” the ministry said in a statement, adding that Turkish military operations were in line with international laws.

“We call on the Iraqi government to not make remarks influenced by the heinous terrorist organisation’s rhetoric and propaganda, and to engage in cooperation to uncover the perpetrators of this cruel act,” it said, referring to the PKK.

Turkey regularly carries out air strikes in northern Iraq and has sent commandos to support its offensives as part of a long-running campaign in Iraq and Syria against militants of the Kurdish PKK and the Syrian Kurdish YPG militia. Ankara regards both as terrorist groups.

The PKK took up arms against the Turkish state in 1984.

More than 40,000 people have been killed in the conflict, which in the past was mainly focused in southeast Turkey where the PKK sought to create an ethnic homeland.

Dozens of Iraqis gathered outside the Turkish Embassy in Baghdad to protest the attack. The top United Nations envoy to Iraq also condemned it in a statement published on Twitter and called for an investigation.