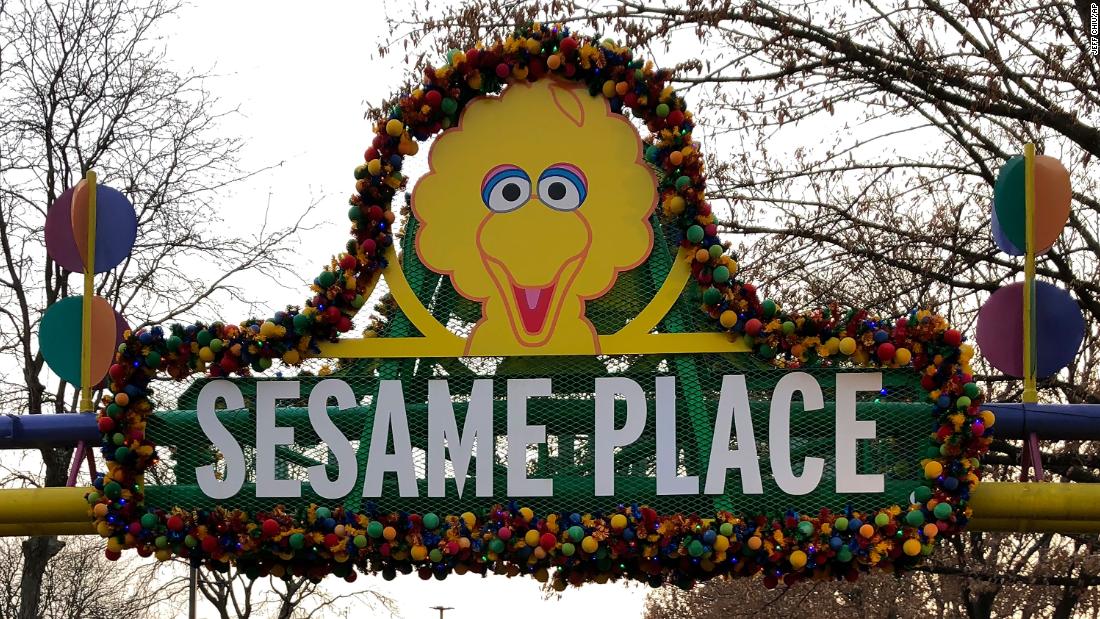 Jodi Brown and her attorney told CNN on Tuesday that the Sesame Place character, Rosita, was intentionally racist toward her niece and daughter.

In the nine-second video shared by Brown, on Instagram, her daughter and niece are seen reaching out for a hug from the character, Rosita. In the video, Rosita is seen high-fiving others before seemingly wags her finger at an unidentified person and then shakes her head no at Brown’s daughter and niece before walking away from them.

Brown told CNN that the character Rosita was walking down the parade route high-fiving and hugging other children when the character intentionally ignored her daughter and niece.

“Right after the character passed them, there was another little girl next to them who was of a different race and [Rosita] hugged her,” Brown said.

She said the character embraced the other child with two arms. “At that time I had already stopped recording the video. … I was upset so I stopped the video because I was like ‘what just happened?'”

In a new statement Tuesday night, Sesame Place said they spoke with and apologized to the family Sunday for the experience they had, refunded costs and offered them a return visit.

“On Sunday we did speak with and apologize to the family for the experience, offering a return trip for a meet and greet personalized experience with the characters,” according to the statement. “We offered to refund her visit costs. That refund has been processed, but it would not have been received yet.”

“It is not acceptable to us when children and families don’t feel special, seen and included at our park. Our performers work here to entertain and inspire all children — not to disappoint any of them,” according to the statement.

“No child should ever leave our park feeling disappointed or ignored. That is the opposite of what our park is intended to inspire in children. We want every child who comes to the park to have a positive, memorable experience. And, we commit to learn everything we can from this situation and make needed changes. As noted previously, we will provide additional training for Sesame Place employees to help them better understand, recognize and deliver an inclusive, equitable and entertaining experience to our guests.”

“The performer portraying the Rosita character has confirmed that the ‘no’ hand gesture seen several times in the video was not directed to any specific person, rather it was a response to multiple requests from someone in the crowd who asked Rosita to hold their child for a photo which is not permitted. The Rosita performer did not intentionally ignore the girls and is devastated about the misunderstanding.”

When CNN followed up about what the park meant by “misunderstanding,” Sesame Place Philadelphia sent CNN an “updated statement” that was also posted on Instagram on Monday evening, saying:

“We sincerely apologize to the family for their experience in our park on Saturday; we know that it’s not ok. We are taking actions to do better. We are committed to making this right. We will conduct training for our employees so they better understand, recognize, and deliver an inclusive, equitable and entertaining experience to our guests.”

“For over 40 years Sesame Place has worked to uphold the values of respect, inclusion and belonging. We are committed to doing a better job making children and families feel special, seen and included when they come to our parks.”

B’Ivory LaMarr, who represents the family, said the park’s response is not enough.

In the caption of the video, the mother called the incident “disgusting.”

“I will never step foot in @sesameplace ever again !” The mother who goes by Jodiii on Instagram said.

“And please feel free to repost this. Actually run me my money back.”

LaMarr, emphasized he’s still investigating what happened and looking at all their available options.

“At this point we’re calling for a genuine, authentic, apology, acknowledging the harm that has been caused in outrageousness of the actions and to do right, to make amends with the damage that’s been caused to these two young girls,” LaMarr said.

According to Brown, she showed the video of the incident to an employee near the park’s exit but was told there wasn’t a supervisor at the park she could speak to.

“My daughter was just sad. She asked ‘ mom what did I do? What happened’ and I said you didn’t do anything. Some people are just mean people, ” Brown said.

“Sesame Workshop is aware of the recent incident at Sesame Place Philadelphia, which we take very seriously. What these children experienced is unacceptable.”

Sesame Workshop added, “We have been in contact with Sesame Place, our licensed park partner, and they have assured us that they will conduct bias training and a thorough review of the ways in which they engage with families and guests.”

Brown and LaMaar are planning to have a news conference Wednesday with more details.

Kelly Rowland and others react

The video has gone viral and drew outrage, including from Destiny’s Child’s singer Kelly Rowland, toward the difference in treatment.

Rowland reshared the video posted by the mother on her Instagram story, writing that the incident made her mad.

“So had that been me, that whole parade would’ve been in flames,” Rowland said in her Instagram story video. “Are you serious? You’re not going to speak to my child? And did you see that baby’s face at the end? The little one with the pink on? She deserves an explanation!”

Online, other entertainers, activists and social media users expressed anger toward the incident at the theme park.

Raymond Santana, activist and one of the five members of the Exonerated Five, reposted a video of the incident on his Instagram alongside Rowland’s commentary, writing “I’m sorry but this park will never get my money…being a #girldad. I definitely took this personal.”
Comedian DL Hughley posted on Twitter: “Its not shocking when someone in a costume at #SesamePlace gets to act racist! Why do think they wear hoods?? #TeamDl”

CNN’s Brynn Gingras and Linh Tran contributed to this report.