Man who died in horror fall at The Weeknd concert identified 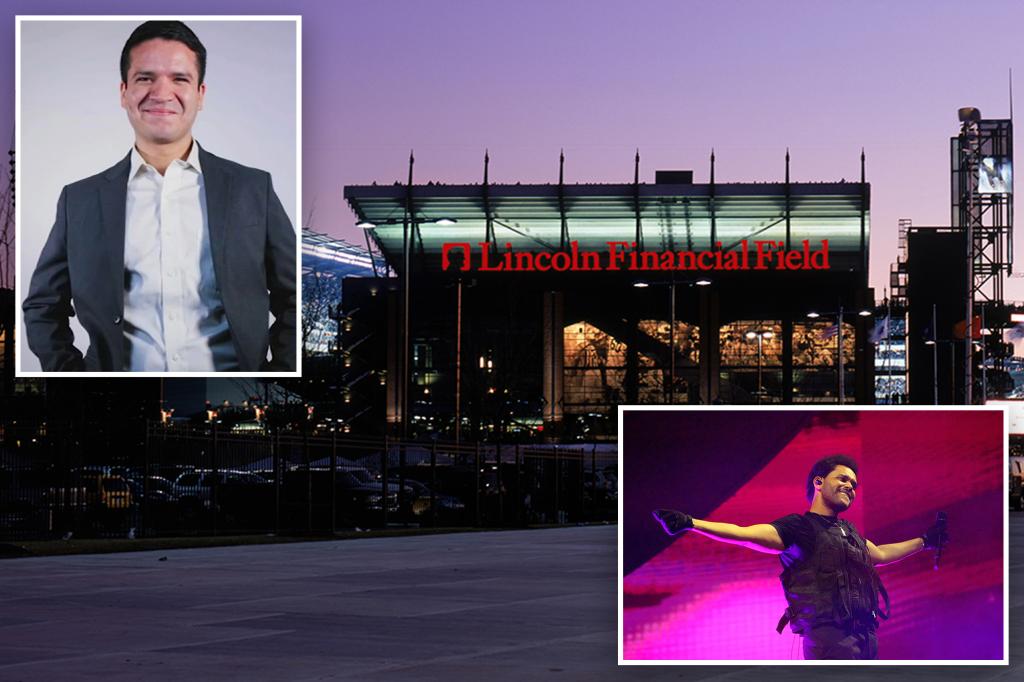 Authorities have identified Hugo Sanchez as the victim who died in the accidental fall while attending last Thursday’s The Weeknd concert in Philadelphia.

According to police, the 32-year-old Philadelphia native had been sitting on an escalator rail at Lincoln Financial Field — the show’s venue — when he slipped and plunged 40 feet to the ground, ABC reported. He suffered major head trauma during the fall, the Philadelphia Police Department confirmed to The Post.

The unfortunate fan was rushed to Thomas Jefferson University Hospital just after 11 p.m. and was pronounced dead a few minutes after midnight.

Currently, police have ruled out any foul play, and are investigating Sanchez’s death as an accident.

Reps for The Weeknd and Lincoln Financial Field have yet to respond to The Post’s request for comment.

Meanwhile, Bob Lange, senior vice president of communications for the Philadelphia Eagles football team, which operates Lincoln Financial Field, has since referred questions to the police, the Philadelphia Inquirer reported. He claimed the freak accident likely occurred after the concert was over as people were leaving the building.

The incident was also mentioned in an internal message sent to employees who worked during the concert: “We understand that a serious accident occurred at the concert last night and that many of you may be experiencing a range of emotions,” it read. “We value our employees and are committed to providing support. As a reminder, there are resources available to assist during difficult times.”

The Weeknd — real name Abel Tesfaye, 32 — uploaded an Instagram post shouting out fans at the concert, which marked the first performance of his After Hours til Dawn tour. However, the rapper didn’t mention Sanchez’s death in the message.

“Philadelphia … we finally did it. thank you for helping me ring in the tour,” he wrote. “Last night was emotional for all of us. I could feel every single one of you. Next stop NEW YORK!” Coincidentally, the tour’s promoter, Live Nation, was also in charge of promoting Travis Scott’s deadly Astroworld Festival, which led to 10 deaths and hundreds of injuries.

Sanchez’s friends and family came together to mourn his untimely passing.

“Hugo was an awesome person,” friend Jammal Ransom told ABC. “He’d love to travel. He was a good friend.”

“RIP Hugo Sanchez you were such a wonderful person,” Greg Molittieri wrote on Facebook. “Always had the biggest smile and biggest hugs to give.”

Meanwhile, the music fan is remembered in his obituary as a “positive person who enjoyed traveling, hiking, concerts, beaches and spending time with family and friends.”

“Hugo had a contagious smile and the biggest heart,” it read. “Hugo leaves behind a legacy of love for his family and life.”

Along with his parents, Sanchez is survived by his brothers Alexis and Fidel Sanchez; his sister Caren Sanchez; as well as several aunts, uncles and cousins, per the obituary.