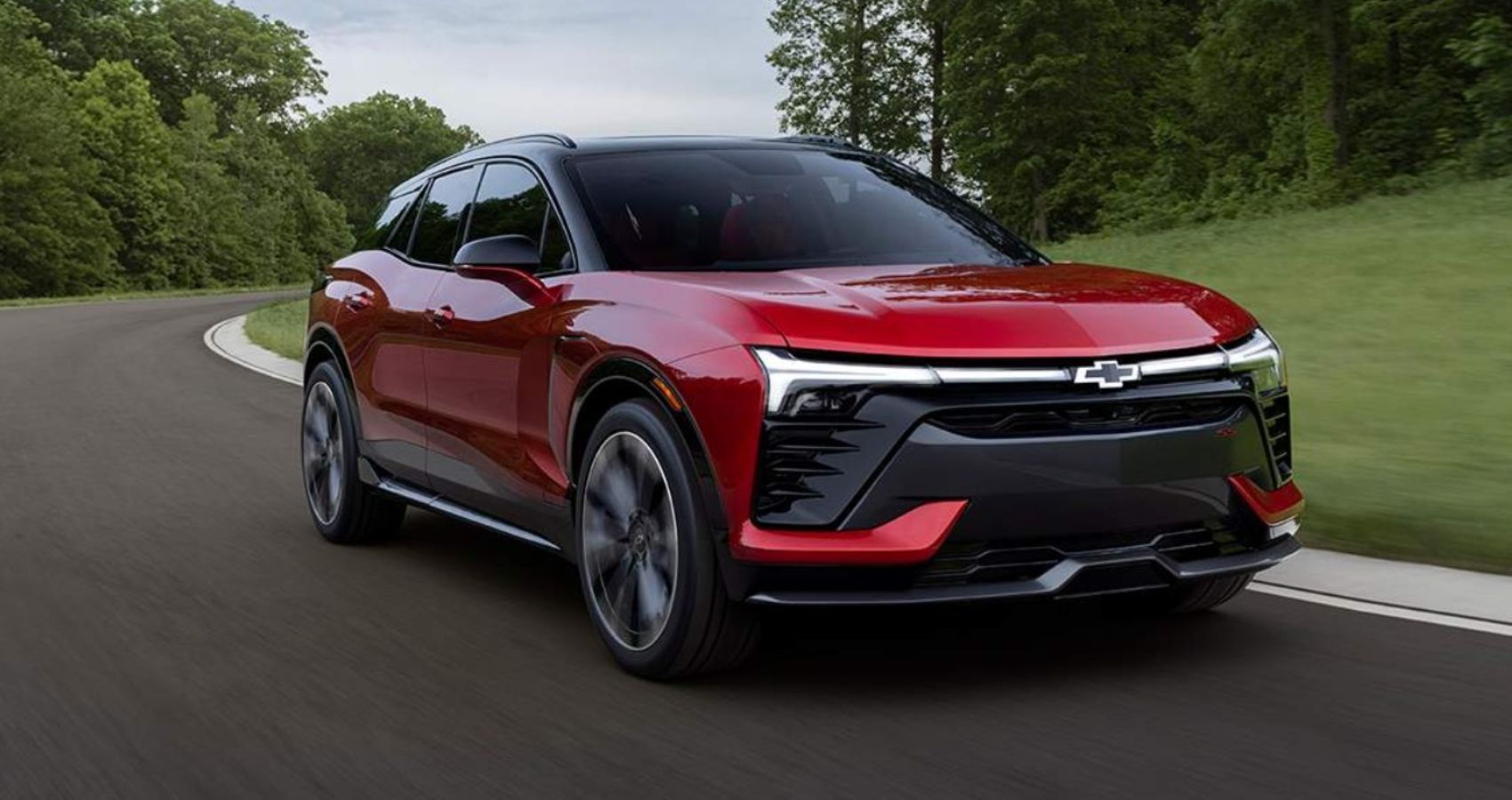 Almost every major automaker is dipping their feet in the water of electric vehicles in some way. So it’s obvious that we’re moving toward an all-electric society. The long-awaited new Chevrolet Blazer EV electric vehicle has finally received official information and images. The Blazer EV will enter a market that is becoming more crowded with electric SUVs as part of GM’s aim to go entirely electric in a little over ten years. However, its real allure may lie in how many ways we may purchase it. Demonstrating how automakers can make use of the flexible packaging of electric motors to meet a variety of requirements.

The market for $40,000 to $50,000 electric vehicles is becoming congested, and we’re here for it. Intriguing with a long list of suggested alterations is the Chevrolet Blazer EV electric vehicle as well. The entry-level model will have front-wheel drive and an approximate 247 miles range for autonomous travel. Two similar SUV EVs from leading participants in the market will compete against this vehicle. The Model Y from Tesla and the Mustang Mach-E from Ford. Here is what you need to know about the new Chevrolet Blazer EV.

The upcoming electric Blazer crossover appears to have nothing in common with the current gasoline Blazer. At a grand premiere event in Hollywood, California, GM unveiled the new Ultium architecture, which will support the Blazer. The modular electric platform is at the core of the automaker’s EV ambitions and offers up to 200 kWh of storage capacity and an 800-volt architecture.

Depending on the model you choose, the Blazer EV is supported by 11.5 kW Level 2 charging as well as DC-fast charging capacities up to 190kW. According to Chevrolet, the Blazer EV can charge at a rate of up to 190 kW and gain 78 miles of range in just 10 minutes when connected to a DC fast-charger. In terms of performance, GM wants the Chevy Blazer to be able to speed up from 0 to 60 mph in under 4 seconds by 2024. The electric range of the EV will vary from 247 to 320 miles, depending on the type. The car’s all-wheel, front, or rear drive configuration will also depend on the version.

“The Blazer EV SS has the soul of a true sports car,” Bell quoted. “And while it represents the pinnacle of performance for Chevy’s EV lineup, all models offer stirring capabilities that will surprise and delight true performance devotees.”

A first for the business, according to Bell, they will offer Blazer EV in five trim levels at launch: 1LT, 2LT, RS, SS, and the Police Pursuit model. The launch will happen in phases, with the LT and RS trims hitting the market in the summer of 2023. And the SS and Police Pursuit variants follow in the first quarter of 2024. For potential buyers of the trims, reservations have started on the Chevrolet website. Beginning at $44,995, the 1LT will be available in the first quarter of 2024 and feature a 247-mile range. Two electric motors will deliver a combined output of up to 557 horsepower in the high-performance Blazer SS variant of the Blazer EV. This would be the most costly model in the Blazer lineup. With pricing starting at roughly $65,995, it will have unique design elements, including a roof with contrasting colors. One of each of the three power plant combinations is only available for the RS variant.

“The 2024 Blazer EV sets a new tone for electric SUVs, with options and intuitive technologies that help position Chevy for leadership in one of the fastest-growing EV segments,” Scott Bell, vice president at Chevrolet, stated.

RELATED: How Hyundai Plans To Dominate The EV Market By 2025

Chevy will offer the Blazer with the same hands-free Super Cruise driving assistance system as other new GM vehicles. This system, which can now change lanes automatically and on-demand, is still the greatest one available. An 11-inch display makes up the instrument cluster, and the 17.7-inch touchscreen in the middle is slightly channeled in the direction of the driver. Also has GM’s Ultifi software system backing it. They included front seats with heating and ventilation with the RS and SS trim. Every Blazer EV variant will also be able to drive with just one pedal and enable regenerative braking.

One of several brand-new EVs that General Motors has in store for the market over the course of the ensuing few years is the new Chevrolet Blazer SS EV. Although the Blazer costs a little more than the Ford Mustang Mach-E, But offers more horsepower than the Mustang Mach-E and the Model Y. In 2020, the business declared that it would spend $35 billion on EV and driverless vehicle technology worldwide through 2025. In North America, GM wants to command the greatest market share in the BEV market. Beyond Tesla, which dominates more than half of the BEV sales.