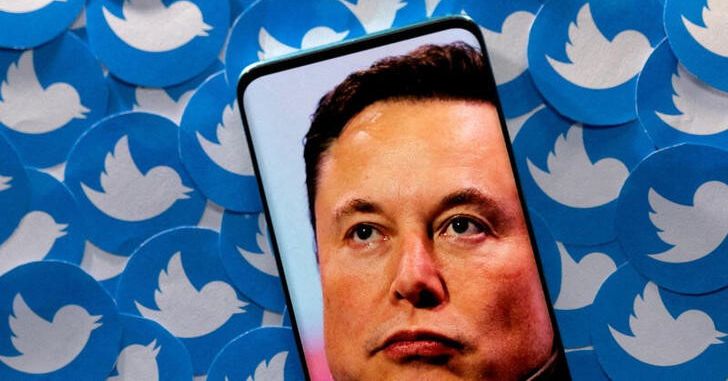 July 19 (Reuters) – Twitter Inc (TWTR.N) began making its case on Tuesday for a September trial over its lawsuit seeking to hold Elon Musk to his $44 billion takeover, saying the uncertainty caused by Musk’s attempt to walk away was harming the company.

“The continued uncertainty inflicts harm to Twitter every hour of every day,” said William Savitt, an attorney for Twitter, at the hearing that was being conducted remotely after the judge, Chancellor Kathaleen McCormick, tested positive on Monday for COVID-19.

The San Francisco-based company is seeking to resolve months of uncertainty for its business as Musk tries to walk away from the deal over what he says are Twitter’s “spam” accounts that he says are fundamental to its value.

Twitter has asked McCormick of Delaware’s Court of Chancery to find Musk breached the merger agreement and to order him to complete the merger at the agreed price of $54.20 per share.

Twitter wants an expedited trial in September because it said Musk is smearing Twitter and undermining operations by refusing to approve business initiatives, such as an employee retention plan.

A lawyer for Musk blamed Twitter for dragging its feet in responding to Musk’s requests for information regarding the methods for calculating the number of spam accounts and he said an expedited trial will prevent the truth from coming to light.

“When Mr. Musk started asking questions, the answers he got were alarming,” said Andrew Rossman, Musk’s lawyer. He said it will take months to analyze massive amounts of data to resolve Musk’s questions about Twitter’s spam accounts.

Rossman also pushed back on the notion that Musk was trying to harm Twitter, pointing out the billionaire held a larger stake than the combined holdings of the directors of Twitter.

Twitter’s stock has slumped from above $50 a share when the deal was announced to as low as $32.55 last week.

It was trading around $39.16 on Tuesday morning, up about 2% and near the highest level since Musk said he was walking away.

Award-winning reporter covering U.S. courts and law from the COVID-19 pandemic to high-profile criminal trials and Wall Street’s biggest failures with more than two decades of experience in international financial news in Asia and Europe.