BA.5 skyrockets in US, now accounting for 78% of cases 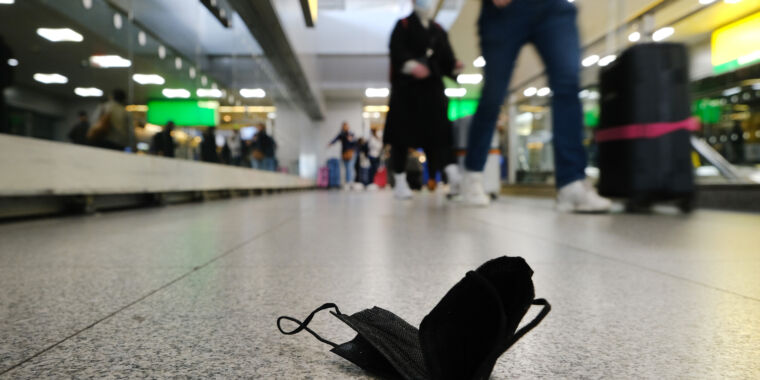 The omicron coronavirus subvariant BA.5 is hurtling toward complete domination in the US, now accounting for an estimated 78 percent of the country’s cases—which are also on the rise.

The breakneck takeover is stunning, with BA.5 showing a significant growth advantage over all other lineages and sublineages. In the US, that seems to include BA.4, which shares the same spike protein mutations but has differing mutations elsewhere in its genome.

At the start of June, BA.5 accounted for less than 10 percent of cases, with BA.4 lagging slightly, accounting for an estimated 6.4 percent. Since then, BA.5 has blasted ahead to 78 percent, while BA.4 peaked at 14.4 percent early in July and has now declined to 12.8 percent.

Globally, BA.4 and BA.5 are now collectively dominant, according to an analysis by The Washington Post. Based on genetic data compiled in an international repository, BA.4/5 account for 69 percent of all SARS-CoV-2 genetic sequences globally.

According to the Centers for Disease Control and Prevention, SARS-CoV-2 transmission levels are high or substantial in more than 97 percent of US counties. Based on the agency’s “COVID-19 Community Levels” metric, which accounts for hospital bed availability and admissions as well as case rates, about 75 percent of US counties are at high or medium levels. Specifically, a little over 35 percent of counties are designated at high levels, at which point the CDC recommends masking in indoor public settings.

But case counts—in the US and elsewhere—are likely a significant undercount, given that many government testing efforts have pulled back, and many people now are testing at home and not reporting their results.

In a variant update video published Tuesday, Maria Van Kerkhove, the COVID-19 technical lead for the World Health Organization, emphasized that data is becoming increasingly limited, despite the threat of SARS-CoV-2 remaining high.

“More than 5.7 million cases were reported to WHO last week and those are the cases that we know about,” Van Kerkhove said. “And that is an underestimate, because surveillance activities have declined drastically around the world, including testing.”

With high transmission, the virus can still spread to the many unvaccinated worldwide and evolve into new variants.

“You have to remember that there are hundreds of millions, if not billions of people, who have not received a full course of vaccine yet, two-and-half years into this pandemic, and they are at increased risk of severe disease and dying,” Van Kerkhove said.

People should be doing everything they can to reduce spread, she added. That means “masks, distancing, ventilation, get vaccinated, spend more time outdoors than indoors. Work from home when you’re unwell. It’s not just about you… we’re very much still in this pandemic.”