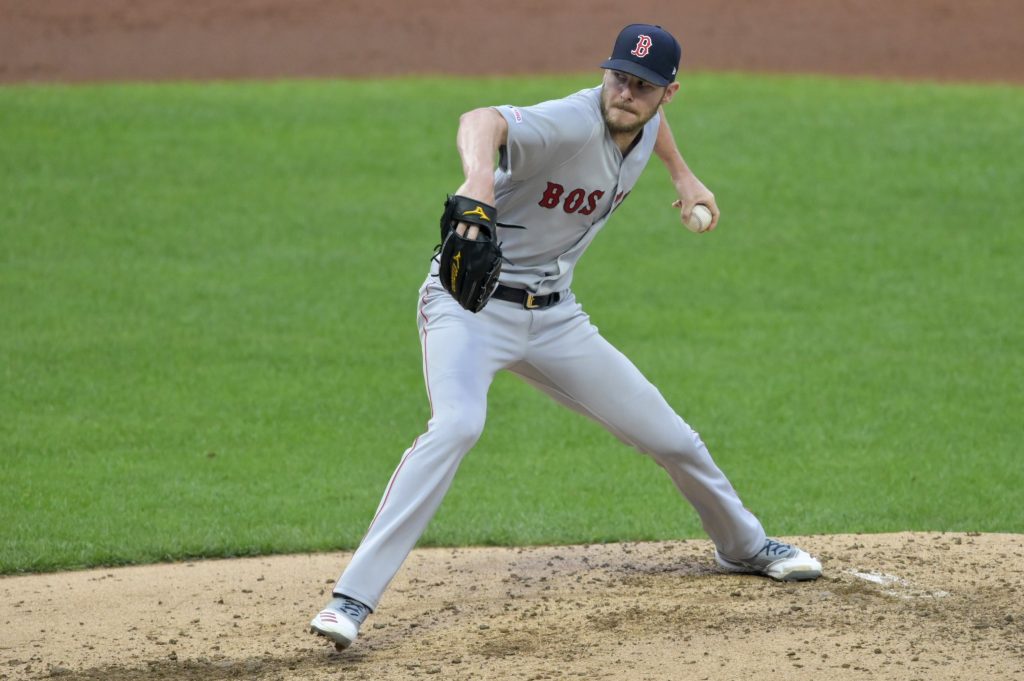 2:20pm: The Red Sox announced to reporters, including Chris Cotillo of MassLive, that Sale’s pinky finger is broken. “Left fifth finger fracture” is the official diagnosis. There’s still no word on his expected absence.

1:45pm: Red Sox starter Chris Sale departed today’s game after recording just two outs, as an Aaron Hicks comebacker hit his hand and appeared to injure it. While the extent of the injury won’t be known until testing is done, the television broadcast showed obvious damage to the hand, with Sale immediately leaving the field without hesitation. (Twitter video link from Starting 9.)

Making this extra frustrating for the Red Sox, this was just Sale’s second start of the year. He missed the first few months of the season due to a stress fracture in his rib cage. After months of rehab and getting himself back into game shape, he’s now had the incredible bad luck to be struck on his pitching hand and suffering yet another injury. The lefty also underwent Tommy John surgery in 2020, missing all of that season and most of the 2021 campaign. All told, he’s thrown less than 50 innings since the end of the 2019 campaign.

The timing of the injury is troublesome for the Red Sox, who have dealt with a number of rotation woes recently. Nathan Eovaldi just returned after missing over a month, but Rich Hill, Michael Wacha, Connor Seabold and Josh Winckowski have all landed on the IL in the past few weeks. The All-Star break begins tomorrow, giving the club a few days to figure things out. But if Sale has to miss time, they will be down to a rotation of Eovaldi, Nick Pivetta and Kutter Crawford.

After the break, the Red Sox are playing 17 straight days, meaning they will certainly need reinforcements. Hill and Wacha are making progress but won’t be ready after the break, reports Pete Abraham of the Boston Globe. Garrett Whitlock has made nine starts for the club this year but has been working out of the bullpen since returning from his own IL stint. The club could consider moving him back to the rotation, though he would need to build back up for such an assignment. Prospect Brayan Bello made two starts at the big league level recently but was rocked to a 10.13 ERA and optioned back down to the minors. There’s also James Paxton, who was signed in the offseason with the knowledge that he wouldn’t be available until the second half of the season due to undergoing Tommy John surgery last year. However, he’s yet to begin a rehab assignment and is likely still a few weeks away from returning.

Of course, Boston could also look to outside additions, as the August 2 trade deadline is now just over two weeks away. Despite the mounting injuries to the rotation, the club began today’s game 48-44, just one game behind the Blue Jays for playoff spot. (Though the Jays have since beat the Royals, moving a half game further ahead.) Some of the top starters thought to be available on the market are Luis Castillo, Tyler Mahle and Frankie Montas, among others. The Red Sox will have plenty of competition in those markets, however, as most contenders are looking for extra arms at this time of year.