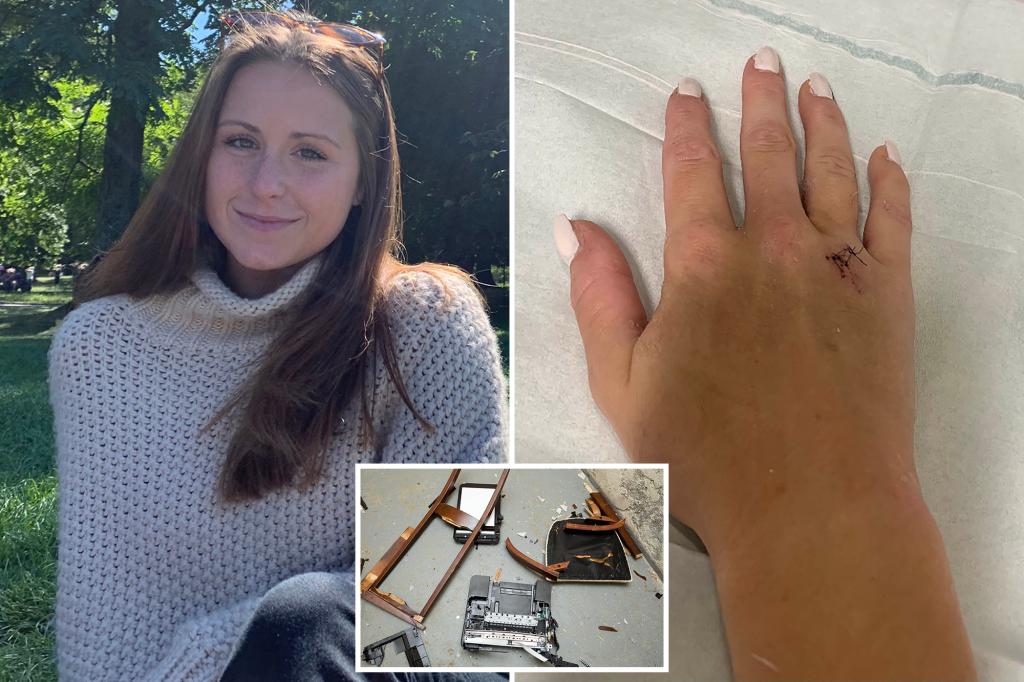 She went for a smashing good time, but instead, a Manhattan woman severed a tendon at a bar that lets patrons pay to destroy stuff in a “rage room,” according to a lawsuit.

Annaleigh Robbins-Sennewald, 25, says a visit to the Break Bar on Ninth Avenue in the Garment District left her bloodied and needing surgery, and when she asked the manager for help, all she got was a Band-Aid.

The television costume coordinator had gone with friends for a birthday celebration at the bar, which encourages customers to “smash” their glasses after knocking back a few drinks.

The Break Bar also offers 30-minute sessions in a separate room it calls the Wrecking Club, where, for $169.99, everything from plates to old televisions are available for destruction with crowbars and hammers.

The “rampage” session provides eight electronics and 30 “breakables” for smashing. The price includes “weapons & safety gear … so you can get that rage and anger out safely!” the bar notes on its web site.

“I had little heels on so they did give me protective boots and basically gardening gloves. Nothing protective,” the plaintiff claimed.

Robbins-Sennewald was also wearing a helmet as the destruction derby got underway, she said.

“Within the first 10 minutes, one of my friends threw up a glass and another hit it with a crowbar, and the shard kind of flew at me,” she recalled. “I put my hand up to protect myself, and it went through my protective glove and severed my tendon.”

Drunk, Robbins-Sennewald said the impact of the injury wasn’t immediately clear to her, so she stood back during the rest of the session.

“It didn’t look right. I couldn’t move my finger,” she said, noting the glove was filling with blood.

When it was time to leave, Robbins-Sennewald says she asked an employee for a first aid kit but, “he brought me back burn cream and a mosquito bite wipe. … The manager brought me a band aid.”

“They were not prepared for someone to come out of there with any amount of injury,” she said, adding “they gave me safety gear and that safety gear did not do it’s job.”

She eventually had surgery to repair the severed tendon, which had impacted her right ring finger, and underwent six months of physical therapy.

“I definitely had a rough go of it the first couple months,” she said.

In response to a request for comment, an insurance adjuster for the Break Bar accused The Post of harassment and demanded the newspaper “cease and desist” from reporting on the lawsuit.