Japanese man, 47, is living his dream after marrying his favorite idol, 20 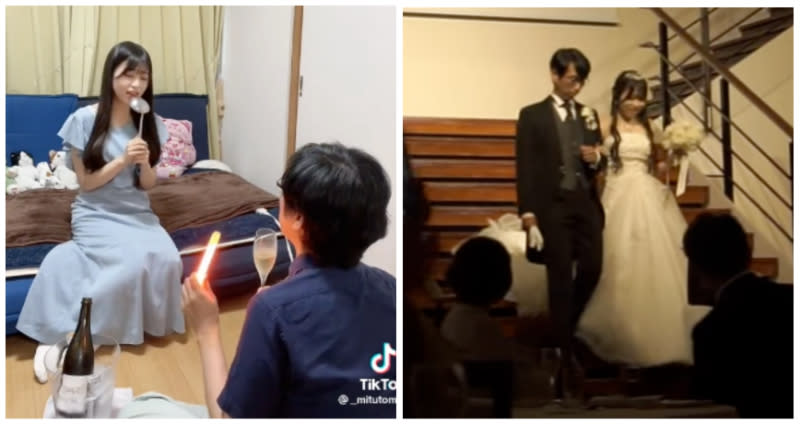 A Japanese man by the name of Mitsuo had his dreams turned into reality when he married his favorite idol, Yuki Tomoe, who is 27 years his junior.

Tomoe debuted in 2020 as a new member of an Osaka-based idol group at the age of 17 after being a substitute member previously. Mitsuo, who was 44 years old at the time, was already a fan of the group and was immediately struck by the new addition.

“The moment I saw her, I felt like I was looking at a sparkling, shiny rock,” he said. “Even though she was new, her performances were amazing, and very cute. So I decided to support her.”

As a devoted fan, Mitsuo would make the weekly trip to Osaka from Oita to see Tomoe perform, a commute that takes five hours by train and eight hours by car.

Tomoe soon took notice of Mitsuo, who was also always present for her online live events.

“I feel like he is different from other fans. I can confide in him and talk to him about my troubles that I would never tell anyone else.”

She realized she had real feelings for him when she would feel deeply disappointed any time he was absent.

“Once, he wasn’t there at our concert. I thought it was weird as he always came, and I started looking for him onstage. Without him in the audience, I felt empty. From that moment on, I realized I seem to like him.”

Tomoe made the first move by confessing her feelings to her now-husband. An enthusiastic and shocked Mitsuo responded by saying, “let’s start dating then!”

Despite having a 27-year age gap, the two happily recounted their story together, having tied the knot in April of this year.

The relationship initially raised concern from close friends and family, especially with Mitsuo being the same age as Tomoe’s mother. He eventually won her parents’ approval, however, after writing a letter that assured them he would take good care of their daughter. One of the promises he made was that Tomoe’s parents would always be informed when they went out for dates to be kept aware of their whereabouts.

As evident from the former idol’s social media, Tomoe frequently serenades her husband, who can be seen sitting front row at their home performances, waving a glowstick.

Tomoe has over 300,000 followers on TikTok and has received over 29.4 million likes for her videos, sharing tidbits of their relationship online.

Share
Facebook
Twitter
Pinterest
WhatsApp
Previous articleRoyals president says Whit Merrifield ‘sorry’ for saying he would have gotten vaccinated for a contender
Next articleA giant comet will swoop by Earth tonight. Here’s how to watch it live.