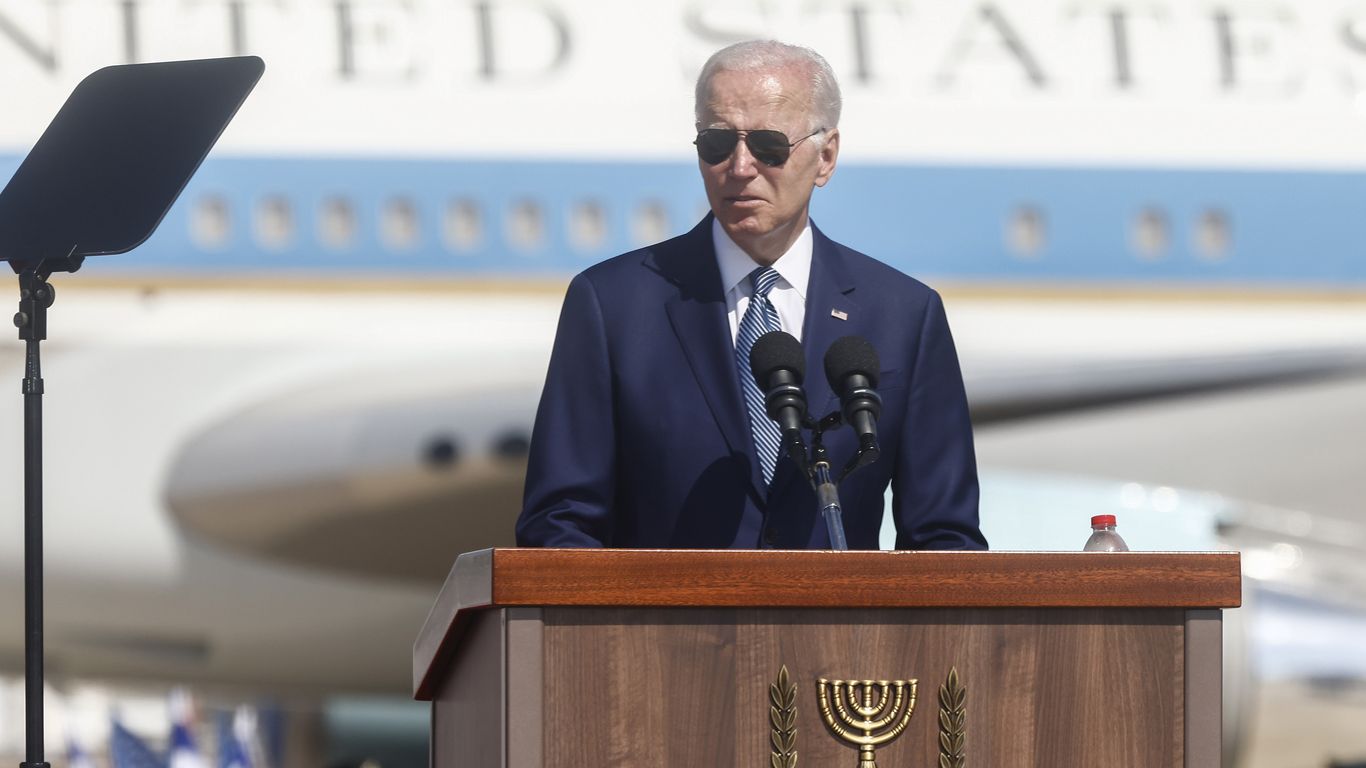 President Biden’s trip to the Middle East this week inadvertently underscores the fact that at least three big promises he made before taking office have been abandoned or remain unfulfilled.

Driving the news: The Iran deal hasn’t been restored, Biden is heading to the country he vowed to make a “pariah,” and the U.S. consulate in Jerusalem is still closed.

The Iran nuclear deal is still in tatters despite the fact that restoring it was arguably candidate Biden’s only first-tier policy objective toward the region.

Standing alongside acting Israeli Prime Minister Yair Lapid on Thursday, Biden pledged not to allow Iran to acquire a nuclear weapon, while noting that he still hoped to resolve the crisis diplomatically.

Biden’s Saudi stop stands in stark contrast to his campaign trail promise to make the kingdom a “pariah” over its human rights abuses, particularly the murder of Jamal Khashoggi.

Asked today if he’d raise Khashoggi with Crown Prince Mohammed bin Salman, Biden demurred but said his position on the murder was “so clear” that everyone understood it.

3. Opening the consulate in Jerusalem

Biden promised a far more positive reset in relations with the Palestinians, including a key commitment to reopen the U.S. Consulate in Jerusalem that served as the U.S. diplomatic mission to the Palestinian Authority until Trump closed it in 2019.

One promise Biden didn’t make was progress on the Israeli-Palestinian peace process.

What’s next: After meetings with Israeli leaders on Thursday and Palestinian leaders on Friday, Biden will fly to Saudi Arabia to meet the king and crown prince and attend a summit with regional leaders.

What to watch: The Israeli government on Thursday approved the parameters of a deal around two strategic Red Sea islands that will pave the way for Saudi Arabia to take steps toward normalizing relations with Israel, Axios’ Barak Ravid scoops.