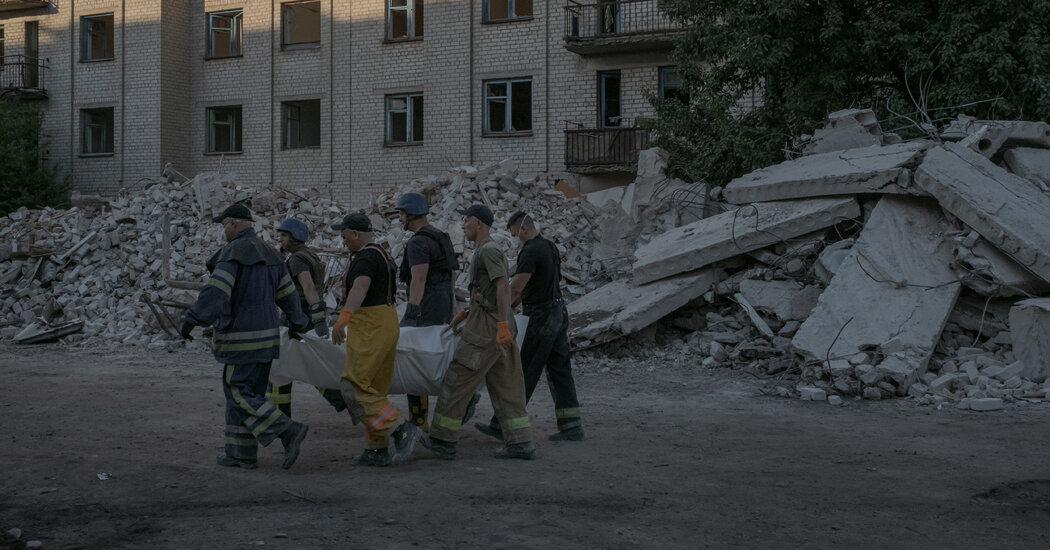 Russian authorities have  “interrogated,  detained, and forcibly deported” between 900,000 and 1.6 million Ukrainian citizens, including 260,000 children, from their homes into Russian territory, often to isolated regions in the far east, U.S. Secretary of State Antony J. Blinken said on Wednesday.

Mr. Blinken described the transfers as “a grave breach of the Fourth Geneva Convention on the protection of civilians” and “a war crime.”

Russia has acknowledged that 1.5 million Ukrainians are now in Russia, but asserted that they were evacuated for their own safety.

Ukrainian officials have long sounded the alarm on Russia’s deportations, with President Volodymyr Zelensky last month describing them as “one of Russia’s most heinous war crimes.” Since the beginning of Russia’s invasion of Ukraine, he said, the deportations have included more than 200,000 children.

Testimonies given to The New York Times and other news outlets by deportees who escaped Russia have included descriptions of so-called filtration sites and accounts of interrogations, of beatings and torture of those deemed to have ties to Ukraine’s armed forces, and of disappearances.

European officials have described the filtration sites as being set up in as schools, sports centers and cultural institutions in parts of Ukraine recently seized by Russian forces.

From those sites, many Ukrainians have been transported to destinations across Russia — often to regions far from Ukraine, near China or Japan, according to the testimonies.

Some U.S. officials have previously raised concerns about deportations, but only gave vague assessments of the scale.

Michael Carpenter, the United States ambassador to the Organization for Security and Cooperation in Europe, said during a speech in Vienna in May that many witnesses had given detailed accounts of Russia’s “brutal interrogations” in filtration camps that at least several thousand Ukrainians had been forced into, and deportations on the order of at least tens of thousands.

Mr. Blinken’s statement on Wednesday also cited reports that Russian forces were “deliberately” separating Ukrainian children from their parents and abducting others from orphanages. Witnesses and survivors, the statement said, described “frequent threats, harassment, and incidents of torture by Russian security forces.”

In some instances, the statement said, Ukrainians’ passports were confiscated, and they were issued with Russian passports instead, “in an apparent effort to change the demographic makeup of parts of Ukraine.”

Mr. Blinken said that the United States was calling for an immediate halt to the deportations and for Russian authorities to release those detained and to allow them to return home. Independent observers, the statement said, should be permitted to access alleged filtration sites and places that Ukrainians have been deported to.

His statement came on the eve of the Ukraine Accountability Conference, which is being held on Thursday in The Hague. The conference, hosted by the Dutch government, the Office of the Prosecutor of the International Criminal Court and the European Commission, aims to ensure that war crimes in Ukraine do not go unpunished.

“President Putin and his government will not be able to engage in these systematic abuses with impunity,” Mr. Blinken said. “Accountability is imperative.”