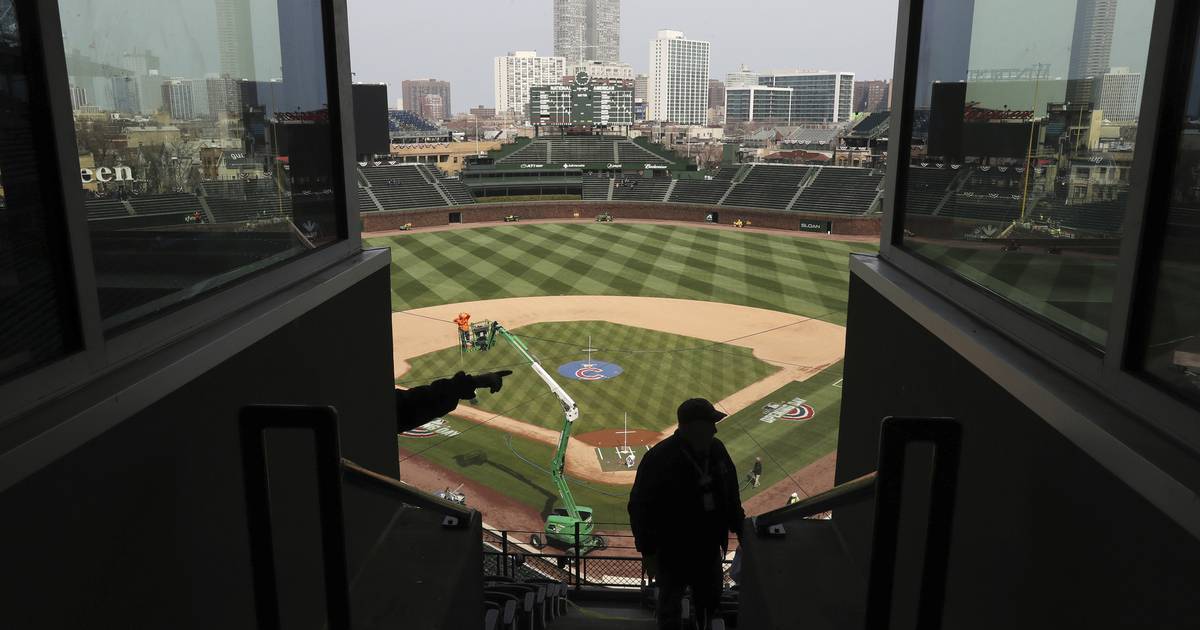 The much-heralded renovation of Wrigley Field seemingly ensured its status as a jewel of the game for decades to come, but when it comes to complying with a federal law protecting access for disabled fans, the U.S. attorney’s office in Chicago says the Cubs struck out.

Following a yearslong investigation, U.S. Attorney John Lausch’s office filed a lawsuit on Thursday alleging the team violated the Americans with Disabilities Act by failing to make Wrigley “appropriately accessible” to fans who use wheelchairs or have other disabilities.

The 19-page suit filed in U.S. District Court comes nearly three years after it was revealed in a separate court action that federal authorities had launched an investigation into whether the Cubs’ $1 billion, five-year renovation of the century-old ballpark met the standards of the Americans with Disabilities Act.

The lawsuit alleged that the extensive rebuild of the bleachers and lower grandstand, which was dubbed the “1060 Project,” failed to provide wheelchair users with adequate sightlines, as compared with standing patrons. In the lower grandstand, the suit says, “a wheelchair user can barely see any of the infield when spectators stand up — often during the most exciting parts of the game.”

In general admission areas, wheelchair seating is largely clustered in the last row of seating sections, according to the suit. The Cubs also failed to incorporate wheelchair seating into new premium clubs and group seating areas, such as the Catalina Club in the upper deck and the Budweiser Patio in right field, and the overall design failed to remove architectural barriers to access in unaltered portions of the ballpark, according to the suit.

The lawsuit names the Cubs and other corporate owners and operators of the Wrigley Field facility as defendants. The government is seeking a court injunction forcing the team to fix any deficiencies at the ballpark as well as unspecified compensatory damages “in an appropriate amount for injuries suffered.”

Cubs spokesman Julian Green said in an emailed statement the team had been cooperating with the federal probe and was “disappointed” with the Justice Department’s decision to sue.

“(We) hope the matter can be resolved amicably, but we will defend Wrigley Field and our position it meets accessibility requirements for fans,” the statement read. “The renovation of Wrigley Field greatly increased accessibility of the ballpark and was completed in accordance with applicable law and historic preservation standards consistent with the ballpark’s designation as a National and City of Chicago landmark.”

In response to the federal inquiry, Green said, the Cubs have “made several offers to voluntarily further enhance accessible features of the ballpark, including seating, restrooms, concessions and other key accessibility elements.”

Those claims were disputed, however, by Chicago attorney David A. Cerda, who filed a lawsuit in December 2017 on behalf of his son, David F. Cerda, a lifelong Cubs fan with muscular dystrophy who uses a wheelchair.

Cerda’s lawsuit, which is ongoing in Chicago federal court, alleges the renovated Wrigley Field made it a much worse experience for disabled patrons to attend a game.

“We’re very happy to see the Justice Department picked up on one of the central allegations that we made: that the Cubs out of sheer greed, replaced the good ADA seating that existed with luxury seating, which excluded ADA patrons in knowing violation of ADA rights,” the elder Cerda said Thursday.

Before the renovation, Cerda and his son often sat in an accessible seating section about 15 rows behind home plate. Those seats were moved farther away from the field during the course of the renovation.

Other accessible seats in the right field bleachers and in the upper deck under the press box were converted to premium seats, Cerda said, relegating disabled patrons to less desirable vantage points.

The suit by the Justice Department, meanwhile, includes photos of some of the worst alleged violations of federal law, singling out the overhaul of the bleachers as being particularly bad for wheelchair users.

Instead, the suit stated, the wheelchair seats rely on a policy that “discourages but does not preclude bleacher fans from sitting and standing in the two rows immediately in front of the wheelchair spaces.” Though the rows are roped off and ushers are supposed to enforce the rules, spectators still wander in front of the seats, according to the suit.

The “Batter’s Eye” area in dead centerfield, which is covered with a mesh tarp and gets abnormally hot in the summer, has also been the subject of numerous complaints from wheelchair users, the suit alleged.

The Cubs first filed notice of the federal review in December 2019 as part of the Cerda lawsuit. At the time, a lawyer representing the team wrote a letter to the judge saying the Cubs believed the overhaul had “significantly increased the accessibility of the ballpark.”

The letter said compliance with the ADA “is of critical importance to the Cubs, as is ensuring the accessibility to all fans to Wrigley Field, a historic and aging ballpark with a limited physical footprint.”

In the statement released after the lawsuit was filed Thursday, the team said Wrigley Field “is now more accessible than ever in its 108-year history,” with 11 more elevators than before, more accessible restrooms, assistive listening technology for fans with hearing impairments, enhanced sound systems and “upgraded ticketing and online systems for purchase of seating, including accessible seating.”

Cerda said the 11 elevators added to the renovated Wrigley Field are needed to shuttle disabled patrons far from the good seats they once enjoyed.

Cerda’s son, who went to his first Cubs game when he was 3 months old, is now 25 and continues to follow the team. On Tuesday, he attended his first game at Wrigley Field since the pandemic hit, watching the Cubs notch a fifth consecutive loss, falling 4-2 to the Baltimore Orioles.

A native South Sider who grew up rooting for the Cubs, the elder Cerda began attending games at Wrigley Field when he was 8 years old and suffered through a lifetime of losing, including the team’s epic collapse in 1969, which he witnessed from fifth-row seats behind the first-base dugout.

He never wavered in his loyalty, until joining the battle over accessible seating.

“I’ve become a Sox fan,” said Cerda. “I will never set foot in that place again.”