Brain size vs. body size and the roots of intelligence 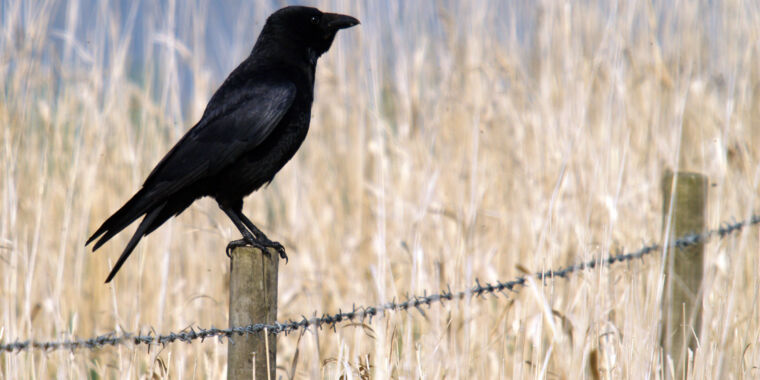 Behavior that we’d consider intelligent is oddly widespread in the animal kingdom. Animals with very different brains from ours—a species of octopus and various birds—engage with tools, to give just one example. It seems intuitive that a brain needs a certain level of size and sophistication to enable intelligence. But figuring out why some species seem to have intelligence while closely related ones don’t has proven difficult—so difficult that we don’t really understand it.

One of the simplest ideas has been that size is everything: have a big enough brain, and you at least have the potential to be smart. But lots of birds seem to be quite intelligent despite small brains—possibly because they cram more neurons into a given volume than other species. Some researchers favor the idea that intelligence comes out of having a large brain relative to your body size, but the evidence there is a bit mixed.

This week, a team of researchers published a paper arguing that the answer is a little of both: relative and absolute size matter when it comes to the brain. And they argue that a specific approach to brain development helps enable it.

To study what makes for intelligence, you need to define the word. And that can be a slippery thing to nail down. We all know (and/or are) people who are brilliant in some circumstances yet idiotic in others. Similarly, an animal might engage in tool use but be unable to figure out how to find its way around a simple barrier. So defining intelligence in different ways may produce different answers to whether a given species qualifies.

For the current work, the focus was on the mental facilities of birds. The researchers defined intelligence as innovation or the tendency to demonstrate novel behaviors. (Owls had to be excluded from the study because their behaviors are difficult to observe.) The number of papers reporting innovative behaviors was normalized by dividing it by the total number of papers describing any behavior in the species to adjust for the fact that some are simply better studied than others.

The researchers then compared that to brain features with three questions in mind. One was whether intelligence correlated with specific brain regions—specifically an area called the pallium in birds, which appears to handle many of the same functions as the neocortex in humans. This area is, among other things, where the brain integrates sensory information and plans activities.

Taking advantage of a system that allows them to count the number of neurons present in different areas of the brain, the researchers could test whether intelligence correlated with the size of the brain as a whole, with the pallium in specific, or with the ratio of brain size to body size. The research team could also look at the developmental history of the brain in intelligent species and try to understand how any correlations they discovered came about.

In general, bigger brains meant more complicated behavior. “The number of neurons in the entire brain is positively associated with behavioral innovation propensity,” the authors conclude, “particularly technical innovations that are assumed to require more advanced cognition.” But controlling for body size showed that the relative size of the brain still mattered. If a species had more neurons than you’d expect based on their body size, then they were more likely to engage in complex behaviors.

The researchers suggest that we’ve tended to view this as an either/or situation—it’s got to be either total brain size or the brain-to-body ratio. By setting up our analyses to compare the two, we’ve limited our ability to identify that both correlations seem true simultaneously. When specific brain regions were analyzed independently, the pallium was the most significant region associated with complicated bird behavior; the cerebellum also contributed, but to a smaller extent.

Corvids and parrots are noted as having some of the most complex behaviors in the bird world. Analyzing them separately, the researchers show that the number of neurons scales rapidly with body size—far more quickly than other groups of birds. How do these species end up with an unusually large number of neurons? They tend to have a longer developmental period after they hatch, and this time is used to pack more neurons into the pallium. Parrots tend to continue generating neurons for longer, and the neurons don’t mature as quickly as others.

Obviously, we’ll want to do a similar analysis with groups other than birds to find out whether this is a general rule or how birds have produced species with varied intelligence. But, even if this finding is a general indication of “how,” it really doesn’t help us answer “why?” The researchers suggest that parrots tend to be larger, long-lived birds. So, the payoff time for having sophisticated mental hardware is longer, even if developing said hardware takes longer.

Which seems pretty intuitive until you start thinking about the exceptions. Corvids like crows and jays only have a life span of about seven years, yet are still capable of some very sophisticated behavior. Jays aren’t even especially large birds. And plenty of large, long-lived birds haven’t ended up with any behaviors indicating intelligence. So, even if this does hold up, there’s a lot we don’t know about why some animals end up intelligent.