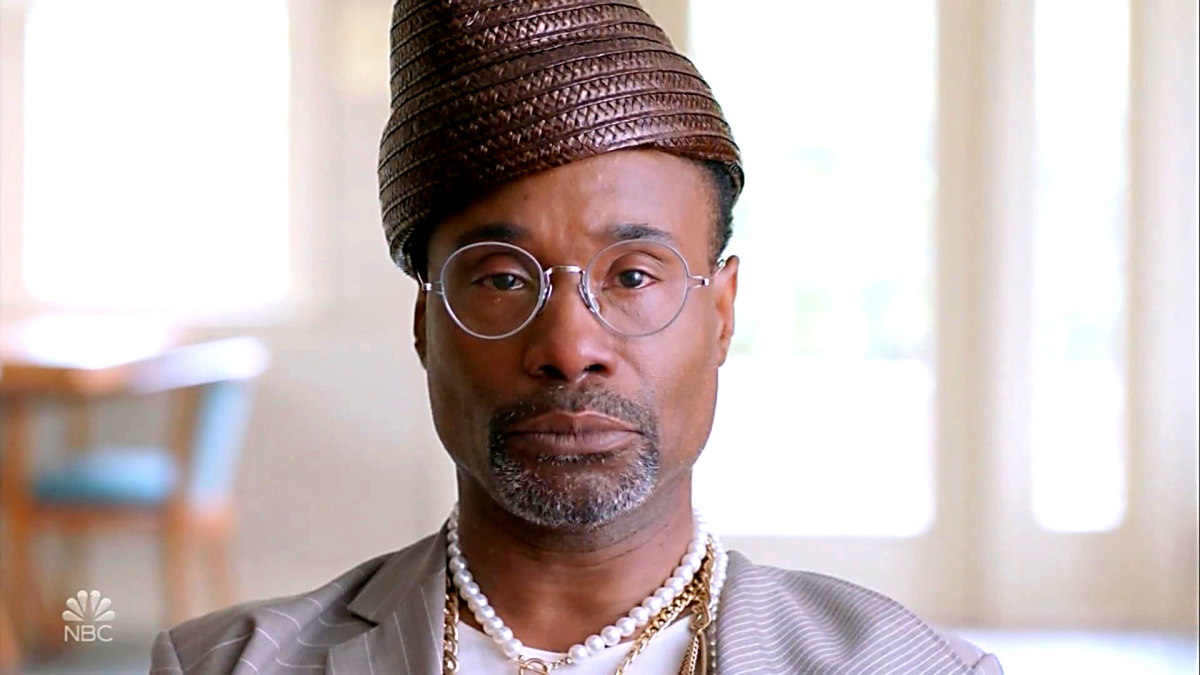 On the season premiere of NBC’s Who Do You Think You Are?, Sunday night, actor and activist Billy Porter went on a journey to uncover his family’s history and, ultimately, discovered the true story behind the death of his great-grandfather, Thomas Henry Richardson.

“I do remember hearing a story that my great-grandfather got shot in the back. That’s as far as the conversation went,” shared Porter. After looking up Richardson’s death certificate and multiple newspaper articles from 1923, he was surprised to read that his great-grandfather was shot in the breast, not his back. However, Ancestry Family Historian/Genealogist Nicka Sewell-Smith told Porter that white newspapers, back then, wrote stories “in a particular way” that differed from Black newspapers.

In the Pittsburgh Courier, a publication dedicated to reporting on the Black community, Sewell-Smith pointed out that the story identified the fact that Porter’s great-grandfather was shot and killed by a police officer. “Investigation discloses fact that white police officer ‘with reputation for shooting’ killed Joseph Richardson in cold blood,” read Porter.

When Porter questioned what happened to the police officer who shot and killed his great-grandfather, he wasn’t all that surprised to learn that the jury freed the officer of the murder charge, but was still overcome with emotions.

Viewers were also emotional over Porter’s discovery, especially since these tragedies still exist a century later:

Fortunately, it wasn’t all sad. Porter also learned that his great, great, great-grandparents were part of the 10% of Black people in America that were freed inhabitants early on, which to him, was empowering.

“Now when somebody asks me, ‘How do you have so much strength? How can you stand up to a world that dismisses you,’ it’s, like, I come from this on both sides. You know, I came from people who were making a way out of no way the whole time. I am who I am because of who I come from,” shared Porter.

Porter concluded, “All these centuries later, me coming down here has made my family seen in ways that they never could have imagined. And, you know, what I’m grateful for in discovering and uncovering these specific stories from both sides of my family, it feels empowering, magical actually.”

Watch the hilarious choice by a 5-year-old that costed his family over $24,000 on Kelly Ripa’s new game show: