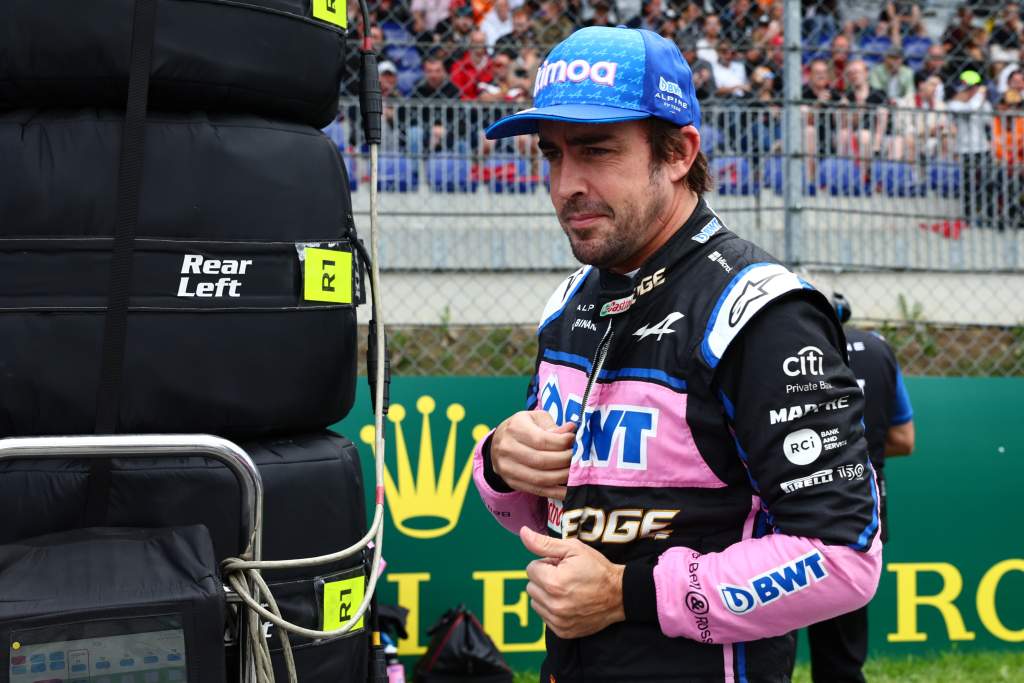 Fernando Alonso has not been punished after an investigation into whether his Alpine Formula 1 team released his car in an unsafe condition in the Austrian Grand Prix.

Alonso started 19th and finished 10th at the Red Bull Ring but reckoned he would have made further progress had he not needed to make two pitstops in two laps under a virtual safety car in the final part of the race.

The two-time world champion rejoined from his second pitstop in ninth place but returned immediately to the pits at the end of his outlap after suffering from a vibration, then had another set of tyres and rejoined the race without any further problems.

A post-race investigation from the stewards determined that Alonso’s front left wheel had come loose “by a small margin”.

Crucially though, the stewards found there was nothing to indicate that the pitstop was “anything other than a normal pitstop, including that the wheel concerned appears to fully engage and become fully tight”.

Alpine team boss Otmar Szafnauer had been confident this would be the case as he said Alpine has new pitstop equipment that means “once the wheel’s on, it can’t come off unless you gun it off”.

The stewards’ analysis of video footage found that Alonso’s wheel “slightly disengages from the car, by a very small amount” after Turn 3, and it is after that moment that Alonso tells the team he needs to pit again.

Post-race assessments of the wheel and axle from the FIA’s technical delegate and head of single-seater technical matters determined the damage was consistent with a parts failure after the car left the pits.

The stewards therefore determined the wheel was fully fitted at the pitstop and all the retention systems worked as designed, so have taken no further action against Alonso.

Their verdict also clarifies suspicions about how Alonso handled the situation over the radio.

There was no significant radio communication between Alonso and Alpine once he felt the vibration and he did not specify that he had a problem, only informing the team: “Box again.”

He was asked why but only said “box again” and was given the OK to make another stop, then once in the pitlane told the team to check the front left.

This raised suspicions Alonso thought one of his wheels was incorrectly fitted but was keen to avoid an overt admission of that as this is something the FIA has a zero-tolerance policy over.

Alonso argued he could “not see the rim of the wheel and that all he felt was a small vibration” which the stewards found was consistent with the video, in which “the movement of the tyre was hardly distinguishable”.

The implication is that Alonso would have had no way of knowing the wheel had come loose.

Thank you for your feedback!

What did you think of this story?