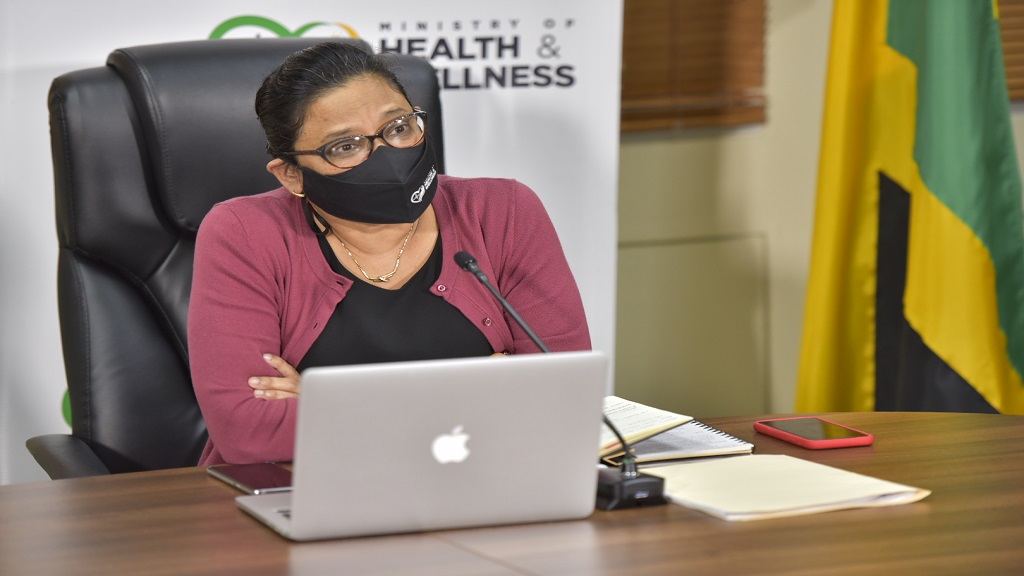 Chief Medical Officer (CMO), Dr Jacquiline Bisasor-McKenzie, says monkeypox is not a sexual transmitted disease, but is rather a virus that is transmitted through any close encounter.

In fact, the CMO is warning partygoers to exercise caution and avoid close contacts with other patrons, given the ease of transmission through close interaction.

Bisasor-McKenzie’s disclosure and subsequent warning came in the wake of some monkeypox cases overseas being identified in persons engaged in certain sexual practices.

In responding to a question on whether the sexual behaviour of the man who tested positive in Clarendon was being investigated, the CMO explained that while scientists were studying whether the virus is transmitted through sexual fluids, there has been no confirmation of that to date.

“First of all, monkeypox is not a sexually transmitted disease. The lesions and rashes – they can be present on any part of the body, including the genitalia. And therefore, they will spread through close personal contacts,” she informed.

Still, she stressed that it is possible that close sexual contacts with rashes can pass on the virus to others.

“… But close contacts, including sexual contact, which we all know is close, will pass on the disease if it is that you have the vesicles present.

“So, I want to reassure the public that this is not a sexual transmitted disease. It is a close-contact transmission that can occur in any kind of close encounter,” the CMO declared.

In relation to whether the sexual history of the man who tested positive for monkeypox in Clarendon is being probed, she responded by indicating that,  “A sexual history is a part of a medical history that every doctor takes in carrying out their history-taking and, of course, in doing public health investigations, we do pay particular attention to our history-taking, and make sure all our bases are covered.”

Turning to partygoers and persons looking forward to entertainment activities this summer, Bisasor-McKenzie advised them to adhere to the COVID-19 protocols in order to avoid contracting monkeypox.

“So for everybody who is planning to go out there and party, I should hope that they bear this in mind: that close contact is still something that is to be avoided, and to use your precautions – the wearing of masks, sanitising, (and) handwashing frequently to prevent contact,” she advised.

She also called on persons to stay home and desist from venturing to such events once they start developing symptoms of monkeypox, including lesions on the face, fever, body aches and chills.

“Once you recognise that you start to have a rash, then there is the possibility of monkeypox, (and) even more reason for you to stay home,” warned Bisasor-McKenzie.