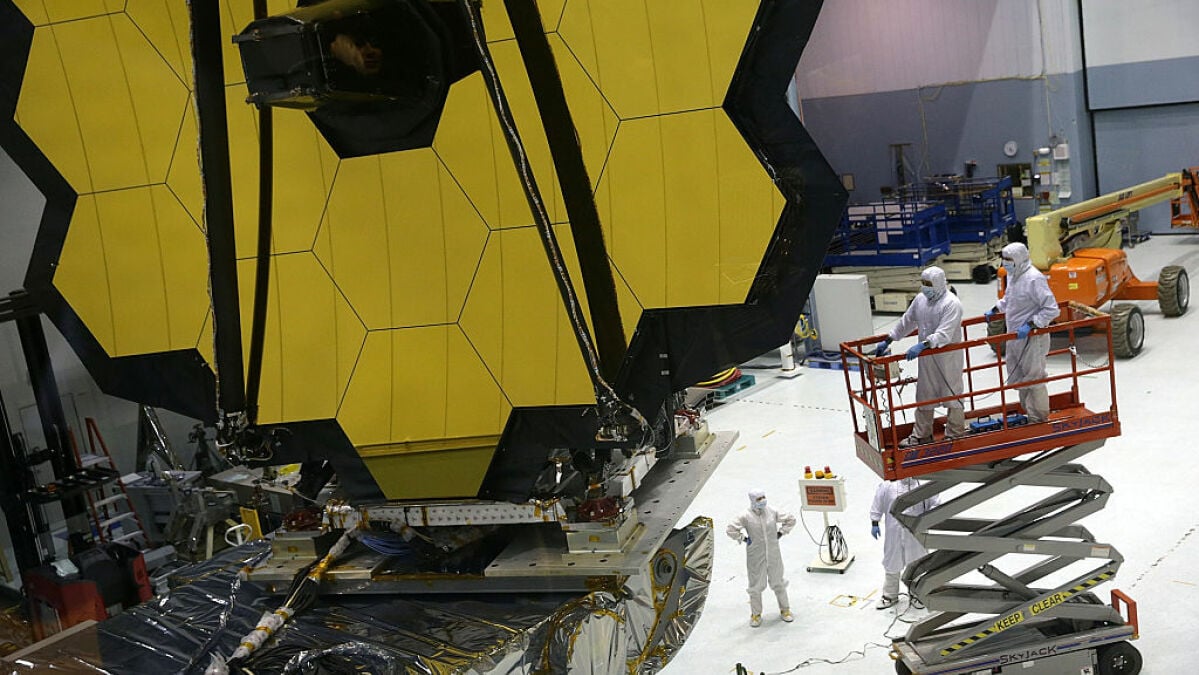 In a matter of days, scientists will release an unprecedented photo of the universe, going deeper into the cosmos than ever before and revealing some of the oldest stars and galaxies.

The image is one of 10 to 20 photos that will come from the James Webb Space Telescope, the preeminent observatory in the sky, on July 12, NASA officials confirmed during a news conference on Wednesday. For the few scientists who have seen a sneak peek, the new snapshots have inspired profound existential experiences and left some on the verge of tears, they said.

“It’s an emotional moment when you see nature suddenly releasing some of its secrets,” said Thomas Zurbuchen, NASA’s associate administrator for science missions. “It’s not an image. It’s a new worldview.”

The telescope launched from Earth about six months ago, on Christmas morning, and is now orbiting the sun nearly 1 million miles away. NASA deputy administrator Pam Melroy, a former astronaut, said this week the team expects the telescope to work for a long time: It has enough fuel on board to support research over the next 20 years.

Telescope alignment test pictures have already shown the unmatched sharpness and clarity of the infrared telescope. But these upcoming images will be the first in full color and demonstrating Webb’s science capabilities as well.

The images and scientific data will be rolled out during a broadcasted event starting at 10:30 a.m. ET on July 12 from NASA’s Goddard Space Flight Center in Maryland. The public can watch live coverage on NASA TV and the agency’s website.

Taking pictures with this complex machine, equipped with four scientific instruments, isn’t anything like pointing a smartphone at the sky and clicking. It takes a couple of weeks of processing reams of data for a final image to emerge.

“When you get the data down, they don’t look anything like a beautiful color image. They don’t hardly look like anything at all,” said astronomer Klaus Pontoppidan, Webb project scientist at the Space Telescope Science Institute. “It’s only when you know, as an expert, what to look for that you can appreciate them.”

NASA officials also said they’ll present the telescope’s first atmosphere study of a planet outside this solar system, in what’s known as an exoplanet spectrum. The light data provides astronomers with detailed information about what kind of molecules exist in an atmosphere.

Webb, a collaboration of NASA, the European Space Agency, and the Canadian Space Agency, will observe some of the oldest, faintest light in the universe. The powerful telescope will study a period less than 300 million years after the Big Bang, when many of the first stars and galaxies were born. Scientists will also use it to peer into the atmospheres of other worlds. Discoveries of water and methane, for example — the main ingredients of life — could be signs of potential habitability or biological activity.

Astronomers anticipate Webb will ignite a golden age in our understanding of the universe. This first crop of cosmic image targets was picked to show off the telescope at its full potential while not undercutting some of the planned observations scheduled for later in the year.

But NASA remains tight-lipped about what else is coming. Here’s what we know so far.

What do they mean by the “deepest” photo yet?

If the Webb photo is going to go deeper than what humans have seen before, it must surpass the Hubble Space Telescope’s Ultra Deep Field survey, captured about 20 years ago. The famous, expansive image shows nearly 10,000 galaxies of different ages, sizes, shapes, and colors.

In astronomy, looking farther translates into observing the past because light and other forms of radiation take longer to reach us. In Hubble’s deep field, the oldest visible galaxies date back to the first 800 million years after the Big Bang. That’s an incredibly early period relative to the universe’s estimated age of 13.8 billion years.

But Webb was built to see an even earlier period, using a much larger primary mirror than Hubble — 21 feet in diameter versus just under 8 feet — and detecting invisible light at infrared wavelengths. In short, a lot of dust and gas in space obscures the view to extremely distant and inherently dim light sources, but infrared waves can penetrate through the clouds. One Webb scientist said the telescope is so sensitive, it could detect the heat of a bumblebee on the moon.

“The initial goal for this mission was to see the first stars and galaxies,” said Eric Smith, Webb’s program scientist, “not the first light of the universe but to watch the universe turn the lights on for the first time.” 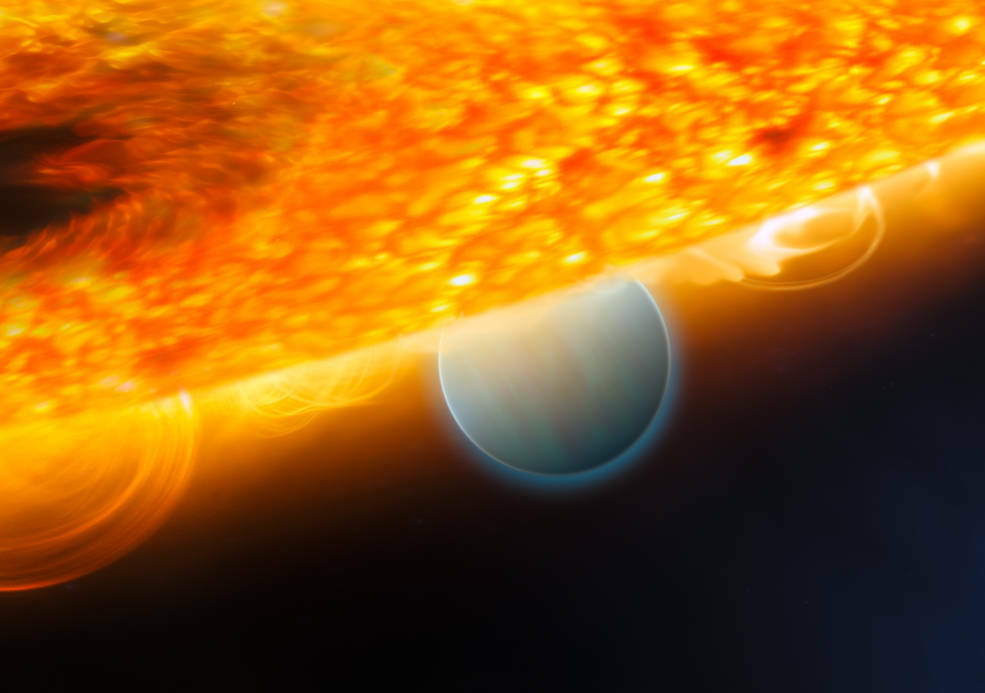 When exoplanets cross in front of their host star, the star’s light is filtered through that atmosphere.
Credit: ESA, NASA, M. Kornmesser (ESA/Hubble), and STScI

What will this “exoplanet spectrum” tell us?

The Webb team will present the telescope’s first exoplanet spectrum, a study of the light that passes through a planet’s atmosphere, revealing what molecules are in it.

Astronomers have found about 5,000 so-called exoplanets, worlds that orbit stars other than the sun, but statistically speaking, there should be exponentially more. The universe could have perhaps over 100 billion galaxies, each with hundreds of billions of stars, according to The Planetary Society. If most stars have one or more planets around them, there could be on the order of “billions of trillions” of exoplanets out there.

Scientists can use Webb to study planet atmospheres. When exoplanets cross in front of their host star, the star’s light is filtered through that atmosphere. Molecules within the atmosphere absorb certain light wavelengths, or colors, so by splitting the star’s light into its basic parts — a rainbow — astronomers can detect what light segments are missing to discern the molecular makeup of an atmosphere.

“It’s an emotional moment when you see nature suddenly releasing some of its secrets.”

Knowing what’s in another planet’s atmosphere is significant, scientists say. The composition of Earth’s atmosphere changed, for example, when life arose on the planet, revealing carbon dioxide and nitrogen. Researchers think by studying atmospheres, they can determine whether other planets could harbor or be hospitable to life.

Though the researchers have not divulged which exoplanet they studied, it’s likely it isn’t a rocky world like Earth. Gas giant exoplanets, similar in composition to Jupiter, are easier to analyze, so astronomers likely targeted one of those first. 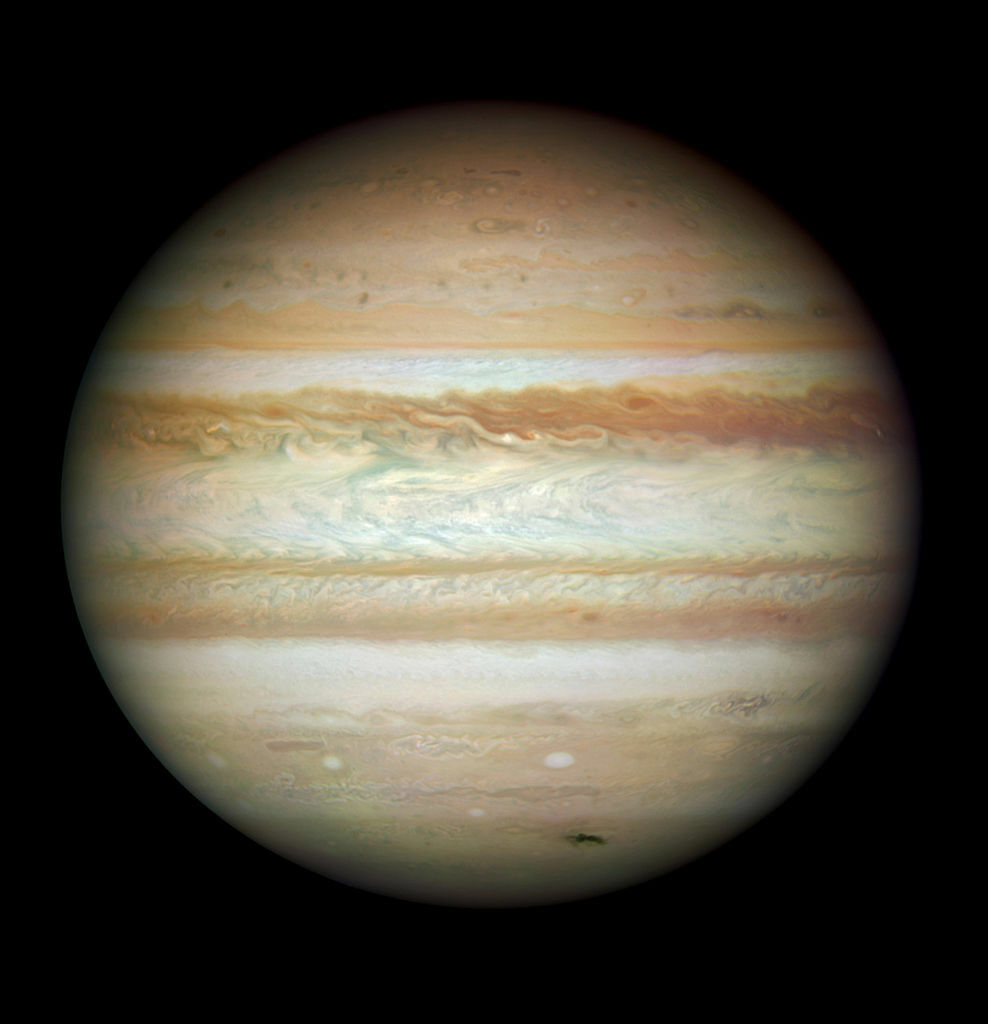 Some of the James Webb Space Telescope observations will focus on objects in the solar system, like Jupiter and its moons.
Credit: NASA, ESA, and the Hubble SM4 ERO Team via Getty Images

Are any of the photos within the solar system?

It’s not clear yet whether the first photo drop from Webb will include pictures of neighboring planets or space objects.

The first images are expected to highlight the science themes that inspired the mission: information about the early universe, the evolution of galaxies through time, the lives and deaths of stars, and the characteristics of other worlds.

“If we don’t see anything within our solar system on July 12, we will certainly see the planets very soon.”

“There is an ‘early release science program’ that is concentrating on Jupiter and Jupiter’s moons and the Jovian system,” said Gardner, “so if we don’t see anything within our solar system on July 12, we will certainly see the planets very soon.”

That program, developed by the Space Telescope Science Institute and Webb advisory committee, will focus on getting a lot of initial data out to scientists so they can learn the telescope’s capabilities and write better research proposals. This period will cover the first five months of the observatory’s operations.

What are other possible image subjects for the Webb telescope?

Though it’s not clear what other “wow” images will be among that first photo drop, the Webb team has provided some clues about their agenda based on how they’ve divided the observatory’s time for science work.

The largest chunk of time — about one-third of the program — will be spent studying galaxies and the gas and dust that exists between them. The rest of the priorities:

It’s fair to say that many, if not all, of the pictures coming in the release will be dubbed “firsts” in astronomy.

“With this telescope,” said Zurbuchen, “it’s really hard not to break records.”