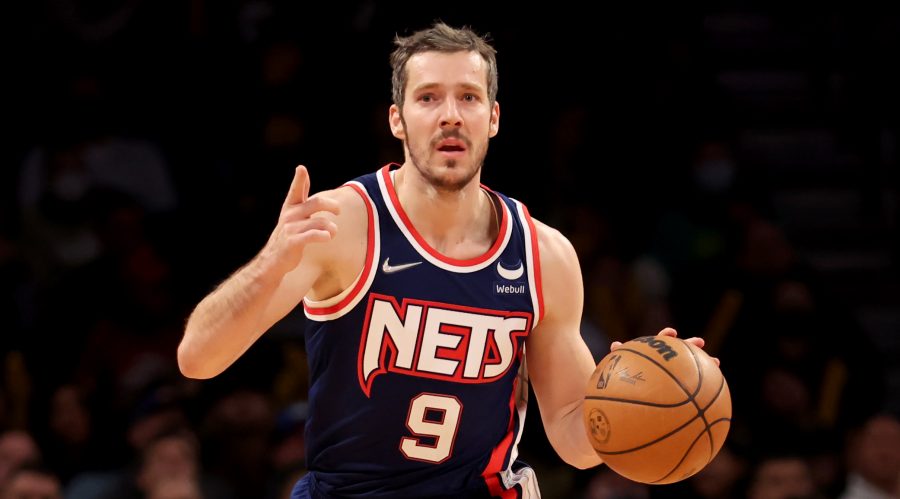 The Bulls are fortifying their backcourt bench depth with a new veteran addition. Chicago will sign former All-NBA point guard Goran Dragic to a one-year contract, per Jordan Schultz of the Pull Up Podcast (Twitter link).

Dragic, most recently with the Nets, will earn $2.9MM, the veteran’s minimum, next season, tweets Shams Charania of The Athletic.

Dragic, who has an All-Star season and an All-NBA season on his résumé, played a crucial role during the Heat’s NBA Finals run within the Orlando “bubble” campus in 2020. The Slovenian guard’s production fell to earth the next season amid injury troubles, and he was ultimately dealt to the Raptors in the sign-and-trade agreement that landed Kyle Lowry with the Heat in the 2021 offseason.

Last year, Dragic appeared in just five games with Toronto before reaching an agreement to leave the club as it sought out a suitable trade. The 36-year-old was shipped to the Spurs and negotiated a buyout with San Antonio, then latched on with the Nets as a free agent.

As Yossi Gozlan of HoopsHype observes (via Twitter), thanks to Dragic’s minimum-salary deal, the Bulls are now approximately $1.7MM below the luxury tax this season, carrying a projected 15 players on guaranteed contracts. Gozlan adds that Chicago has around $7MM left to use from its non-taxpayer mid-level exception.

Any further Bulls roster changes seem more likely to come via trade than free agency. Opening up a roster spot now to add another free agent would require trading or waiving a current Bull with a guaranteed salary. The team also has a $5MM trade exception that will expire after July 7.

If the Bulls do make a deal, it could involve their backcourt depth. The team adds to a group of guards that already includes Lonzo Ball, Alex Caruso, Ayo Dosunmu, and Coby White, though Ball’s health heading into next season remains a question mark.

K.C. Johnson of NBC Sports Chicago reports that the team anticipates this current roster will be intact for training camp in the fall, though he acknowledges that the team does appear to have a surplus of guards.