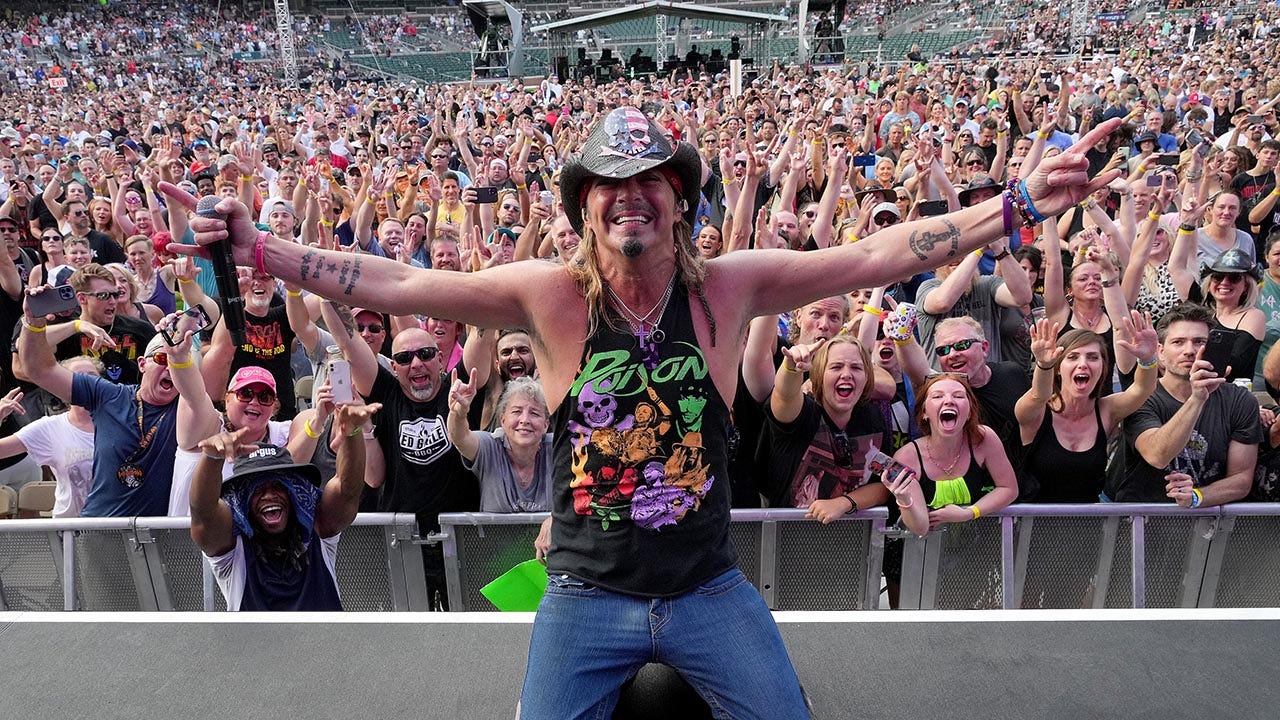 Bret Michaels gave an update on his recent hospitalization to fans on Saturday, telling them he didn’t feel his “Sunday best” but planned to “keep on rocking” at his Saturday night show in Jacksonville, Florida.

“First of all, I just want to say to everyone thank you for all your incredible well-wishes. It has been a rough couple days for me,” Michaels said while looking healthy in a video he posted to his social media. “Thank you, it means the world to me.”

He said he was in Jacksonville, Florida and “ready to rock. I’m going to give you 1,000% of everything I’ve got in the tank right now. I’m not feeling my Sunday best but I’m going to keep rocking and bring it and I cannot be more grateful for such awesome, incredible family, friends and fans. Thank you.”

He later posted a photo of himself at the concert with smiling, screaming fans behind him.

“Sick and in the pouring rain, Bret gives 100%,” he captioned the photo on Instagram.

On Twitter, he wrote, “Jacksonville, #Florida fans in the pouring rain rocked my world. Seriously love you & sorry I was sick.”

He did cancel his Jacksonville meet and greet, telling fans in a statement that he always gives “1000%” at meet and greets and his doctors had advised him to “rest and try to save all the energy I can for the show.”

One fan who was at the Jacksonville concert said it was an “Absolutely amazing show! We have seen you about 7 times- three with Poison and four with your band but it was our friends first time! You were outstanding tonight! Thank you for always giving it your all!”

His band Poison was forced to cancel its Nashville show Thursday when the frontman was hospitalized.

A day after his hospitalization he said in a statement posted to Instagram that he had an “unforeseen medical complication” without going into more detail.

The band had reportedly gone on stage Thursday to tell fans Michaels had suffered a “bad reaction” to medication.

Michaels was diagnosed with type 1 diabetes when he was 6. It’s unclear if that had anything to do with his hospitalization. TMZ reported it may have also been linked to the coronavirus.

In the earlier update he said he hoped Nashville fans “rocked hard” with Def Leppard, Mötley Crüe and Joan Jett and the Blackhearts, with whom Poison is touring.

The tour started mid-June and is scheduled to wrap up in Las Vegas on Sept. 9.

Their next scheduled show is in Philadelphia, Mississippi on Sunday.

He shared another updated on his website Friday, saying, “There are not enough words of thanks & gratitude for the well wishes from family, friends & fans,” he wrote. “Can’t thank enough Nashville’s incredible & determined medical staff who helped me, as you can see with several IV sites to run tests & administer fluids. I’m determined to try to rock Jacksonville & return for a Nashville show someday soon.”