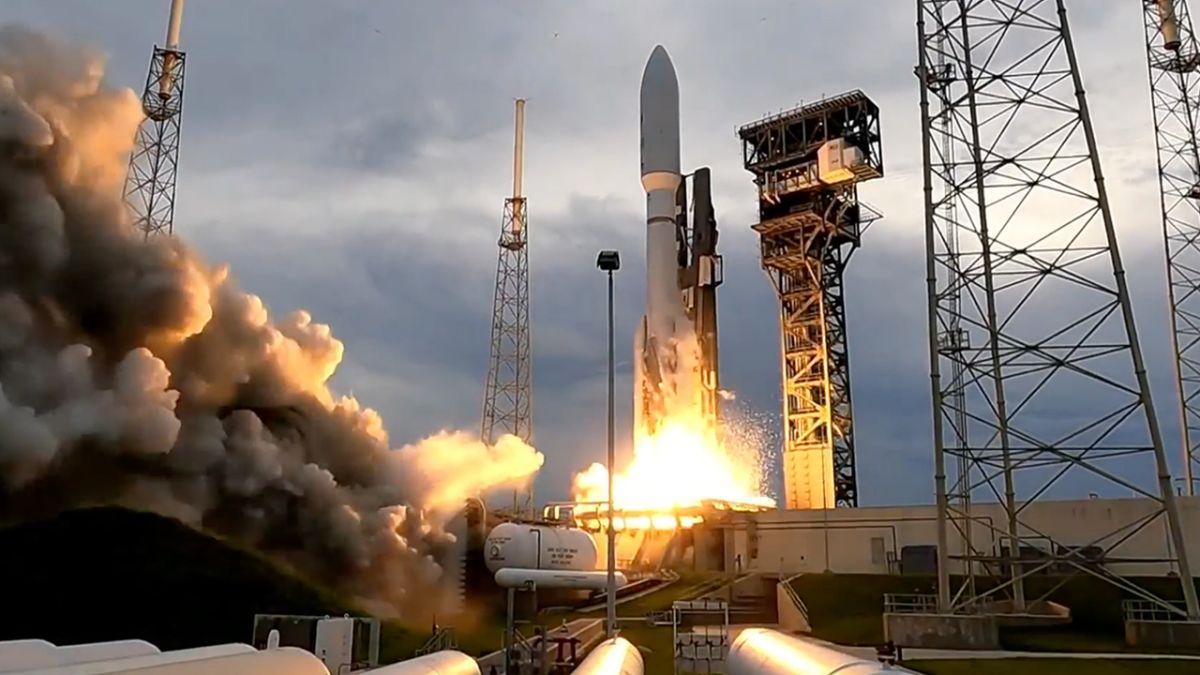 A missile-warning satellite and another spacecraft are on their way to orbit to help the U.S. military get better at tracking fast-moving threats.

The Atlas V’s first and second stages separated four and a half minutes after liftoff, a milestone that was soon followed by a more than six-minute burn of the upper-stage Centaur’s engine. After two more Centaur burns, the two satellites were ready to be deployed into geosynchronous orbit, about 22,300 miles (35,900 kilometers) above Earth. That happened as planned about six hours after liftoff, ULA representatives said via Twitter early Saturday morning (opens in new tab).

Related: The most dangerous space weapons ever

One of the two spacecraft, called the Wide Field of View (WFOV) satellite, is the Space Force Space System Command’s (SSC) testing platform for a new generation of missile-surveillance technology. The other is a satellite bus hosting a number of technology demonstrations for the U.S. Department of Defense (DoD). It is called, simply, the USSF-12 Ring.

Both WFOV and the USSF-12 Ring are considered classified payloads in support of national security, so not much information is available for either of them. However, government agency and contractor representatives were able to provide some details during a call with reporters on Tuesday (June 28).

The USSF-12 Ring was built by Northrop Grumman based on the aerospace company’s ESPAStar product line. This ring is being flown for the DoD and features six unique payload ports as well as an independent propulsion system, Matt Verock, vice president of space security for Northrop Grumman, said during the call.

The DoD has not disclosed details regarding any of those payloads, but DoD space test program director Lt. Col. Jon Shea said that the USSF-12 Ring and its payloads “will deploy key pathfinders for future capabilities and deliver innovative technologies to help us advance … future missions.”

WFOV has an imaging sensor that’s more than 6 feet tall (about 2 meters). The sensor was built by L3Harris Technologies, a company that also supplied optical components for NASA’s Hubble and James Webb space telescopes, as well as the Nancy Grace Roman space telescope, which is currently in development. The sensor was designed for a new type of weapons detection system — the tracking of hypersonic weapons — and WFOV will help SSC calibrate its accuracy.

Russian state media announced a successful test of the country’s new hypersonic Kinzhal missile in 2018 and published an animated video of the missile being fired at the United States. The Kinzhal missile is reportedly able to travel five times faster than the speed of sound and capable of striking targets anywhere in the world.

Current space-deployed weapons tracking systems focus on ballistic missiles, which have limited maneuverability. The DoD has created a new system, the Overhead Persistent Infrared program (OPIR), to track next-generation hypersonic threats, such as the Kinzhal. WFOV is the testbed for those technologies.

She described the WFOV mission as a “digital engineering demo,” which will give “24/7 coverage across 3,000+ kilometers [1,860 miles] over the Pacific Theater.”

The WFOV satellite and USSF-12 Ring are designed for mission operability for up to three years. WFOV’s successors, the OPIR program satellites, are on track to begin launching as soon as 2025, according to an SSC release, with a total of five slated to launch between then and 2028.

Editor’s note: This story was updated at 2:45 a.m. EDT on July 2 with news of successful satellite deploy.