Happy Bobby Bonilla Day! Only 13 more years until he’s off the payroll 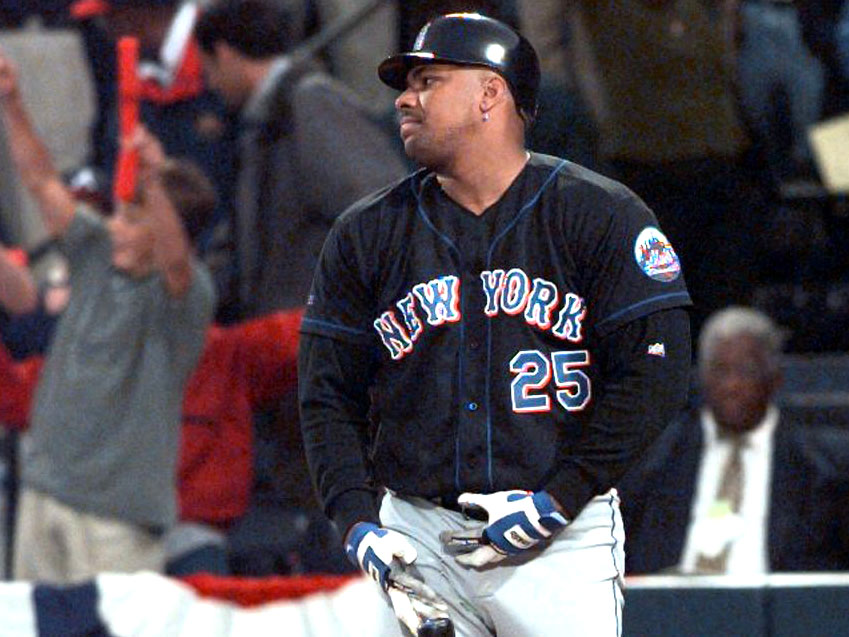 It’s July 1, which means it’s time for Bobby Bonilla to cash another fat check from the Wilpons.

The 59-year-old former slugger continues to relish in the outcome of the Wilpon family’s mistakes. For the 12th consecutive year, Bonilla is collecting $1,193,248.20 from the Mets.

Bonilla played for the Mets from 1992 to 1995 before being traded to the Orioles, who also make annual payments to Bonilla. He returned for one more year in 1999 and was released at the end of that season.

The team only owed him $5.9 million at the time of his release, but decided to defer his contract until 2035 at eight percent interest.

“I know Bobby is happy about it, but we don’t talk about it much,” Bonilla’s former agent, Dennis Gilbert, told USA Today Sports in 2018. “It’s just unfortunate [the Wilpons] got hoodwinked in the Madoff deal. Otherwise, it would have been a win-win for both sides.”

The former Mets owners didn’t bat an eye at this offer, as they were promised an annual 10 percent profit from their account with Bernie Madoff. That account, of course, was a sham and the Wilpons found their money swallowed by a massive Ponzi scheme.

Mets fans have reason to look back on the Ponzi scheme and Bonilla’s contract with a smile, however. The reason they pushed Bonilla’s deal back for 35 years was to give out contracts to 2000 NLCS MVP Mike Hampton ($5.75 million) and starting outfielder Derek Bell ($5 million). Hampton, who left a year later for Colorado as a free agent, gifted the Mets’ compensatory pick that they used on David Wright.

Bonilla has recently joined in on the fun of teasing the Mets over his ridiculous contract. For 2021’s Bobby Bonilla day, Ryan Reynolds and Mint Mobile offered customers “the Bobby Bonilla deal of wireless.” The offer was 25 years of service for $100 per year. Bonilla himself starred in the series of commercials, claiming himself as a “baseball genius” who credited “extremely long-term deals” for being in great physical shape.

“It’s not something we’d normally do, but in honor of the greatest long-term contract ever we had to. It sounded fun and we like having fun,” Mint Mobile CMO Aron North said.

For a team that is being paid $259,963,026 in 2022, thanks to new owner Steve Cohen, Bonilla’s annual $1.19 million contract is nothing more than chump change. As Cohen has invested more and more into the team and pleasing the fans, such as bringing back Old-Timers Day, fans have been calling for the Mets to make Bobby Bonilla Day official. Some have even suggested Cohen present Bonilla with a jumbo check to embrace the joke.

There’s still 13 more Bobby Bonilla days to come until his contract finally expires. Celebrate accordingly, as one of the worst payments in baseball hits Bonilla’s bank account once again.