Stock futures plunge ahead of final trading day of June 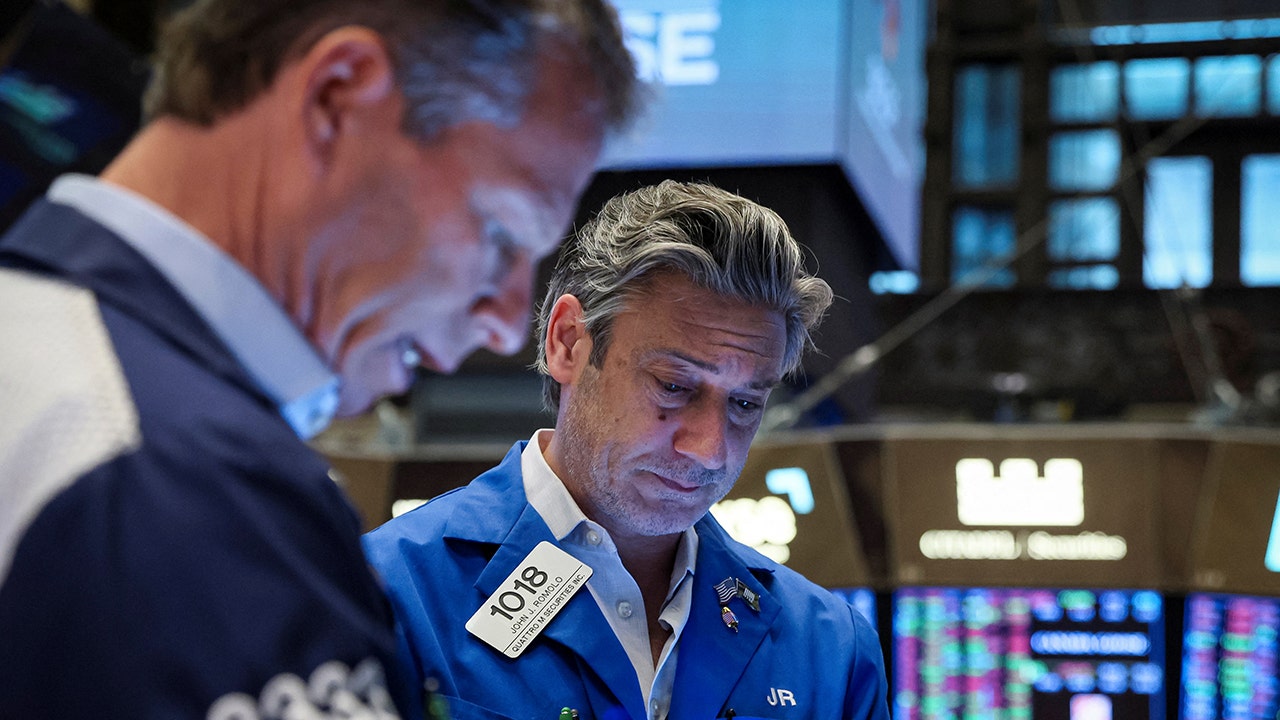 Seaport Securities founder Teddy Weisberg and Carnivore Trading CEO Dutch Masters discuss if there are any safe places for investors on ‘The Claman Countdown.’

U.S. equity futures were trading drastically lower ahead of the final trading day of the first half of the year.

The major futures indexes suggest a drop of more than 1% when trading begins on Wall Street.

This comes the day after the U.S. economy contracted more than expected.

Investors are uneasy about signs the biggest global economy might be in a recession due to interest rate hikes imposed to cool surging inflation.

Cashier hands a customer back change after a transaction at a Target Corp. store in Colma, California. (Photographer: David Paul Morris/Bloomberg via Getty Images / Getty Images)

Traders will be watching key economic reports Thursday morning including jobless claims, income & spending for May and core PCE, which is the Federal Reserve’s preferred measure of inflation.

In Asia, the Nikkei 225 in Tokyo fell 1.4%, the Hang Seng in Hong Kong gained 0.2% and China’s Shanghai Composite Index rose 1.4% after an official monthly gauge of factory activity rose and new orders improved.

In energy markets, benchmark U.S. crude traded around $109 per barrel in electronic trading on the New York Mercantile Exchange. The contract fell $1.98 on Wednesday to $109.78. Brent crude, the price basis for international oil trading, traded around $115 per barrel in London. It shed $1.72 the previous session to $116.26. per barrel.