Vitamin deficiencies: Shortages in vitamin D and K may interfere with blood clotting 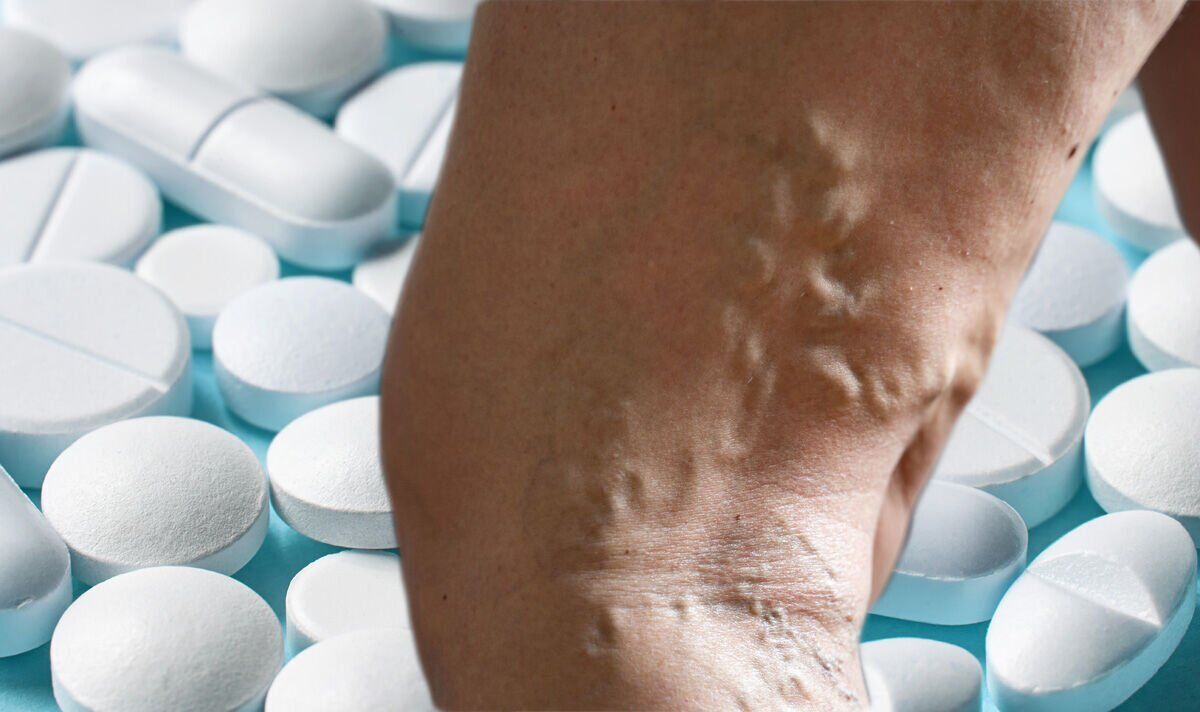 Varicose veins are bulged blood vessels that tend to run beneath the surface of the leg. It is estimated that about half of all women and a quarter of men develop some degree of varicose veins as they grow older, but the condition isn’t solely indicative of old age. Two vitamin deficiencies may also be linked to vascular problems.

Vitamin K helps to make various proteins that are needed for blood clotting and the building of bones, according to the Harvard T.H. Chan School of Public Health.

A deficit of the nutrient can therefore result in a shortfall of the appropriate proteins to prevent excessive bleeding, which poses substantial health risks.

This is why many of the warning signs related to vitamin K deficiency involve bleeding, which may be visible or invisible to the eye.

Symptoms can manifest in several ways, including bruising, and excessive bleeding from wound punctures and injections.

READ MORE: Blood clot symptoms: The sign in your cough

According to the British Medical Journal: “Lack of vitamin K2 makes bones long and thin so increasing height through generations is due to poor nutrition and not improving nutrition.

“Low levels of vitamin K2 result in calcification of elastin, the cause of double chins, piles and varicose veins.”

Varicose veins should not be confused with spider veins, which can reflect abnormally high pressure in larger veins, according to the Vein Health Clinics’ website.

According to Lloyds Pharmacy, vitamin K is an essential mineral that has several varieties, including K1 and K2.

The health body explains: “Type K1 is found in leafy green vegetables, vegetable oils and cereal grains. This is our main dietary source of vitamin K. Type K2 is found in small amounts of some meats and fermented foods.”

Low levels of the nutrient have also been implicated in the risk of low-extremity deep vein thrombosis, the medical term given to a blood clot that has formed inside the vein.

The formation of the clot usually occurs deep inside the veins in the lower leg, thigh or pelvis, and can become deadly if it travels to the lungs.

The authors of a medical report published in the International Journal of General Medicine, wrote; “A decrease in [Vitamin D] concentration has […] been associated with an increased risk of venous thromboembolism.”

Food sources of the nutrient include oily fish, red meat, liver, egg yolks, and fortified foods, such as some fat spreads and breakfast cereals, adds the NHS.

Anyone considering taking supplements to correct a deficiency should discuss this with their doctor first, to flush out potential risks and benefits.

According to the New England Journal of Medicine, more than 23,000 emergency room visits per year are linked to the negative effects of supplements.