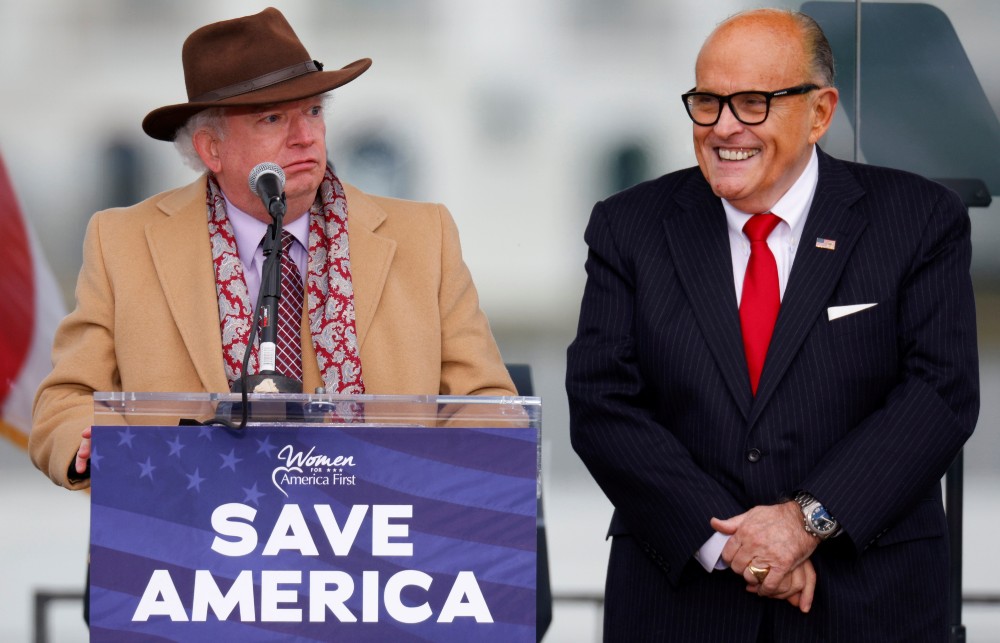 Eastman, who was one of former President Donald Trump’s attorneys working to discredit the 2020 election results, said federal agents served a search warrant on him as he exited a restaurant in the state last Wednesday. He said he was forced to unlock the iPhone Pro 12 device.

Eastman said he asked to see the warrant authorizing the seizure, but was refused. Then he was “frisked” and the phone was taken, he said.

Eventually he was given a copy of the search warrant, but not a “supporting affidavit referenced in it.”

Eastman said the agents told him they were from the FBI, but he said the warrant appeared to have been issued by the Department of Justice’s Office of Inspector General.

The seizure was unconstitutional for a variety of reasons, Eastman argued, including that it was an “overbroad” search and that the Office of Inspector General had no jurisdiction over him since Eastman never worked for the Department of Justice.

Eastman also argued that some of the data on the phone includes his work as an attorney, which would be protected by attorney-client and work product privacy privileges.

The former dean, who retired under pressure after the Jan. 6 insurrection, has been in a legal battle with the congressional committee investigating the incident, and the news of the phone seizure comes as the committee announced an unanticipated hearing on Tuesday regarding “new evidence.”

U.S. District David O. Carter has ruled that hundreds of emails the committee had sought were protected by work product and attorney-client privileges, but he said many others Eastman sought to keep private had to be turned over as the federal judge found there was evidence they fell under a clause regarding a criminal conspiracy that overcomes the privacy guarantees.

The criminal conspiracy Carter cited involved an alleged plan to have an alternate set of electors established in various states where the election was close, creating a dispute that former Vice President Mike Pence could decide and swing the election to Trump.