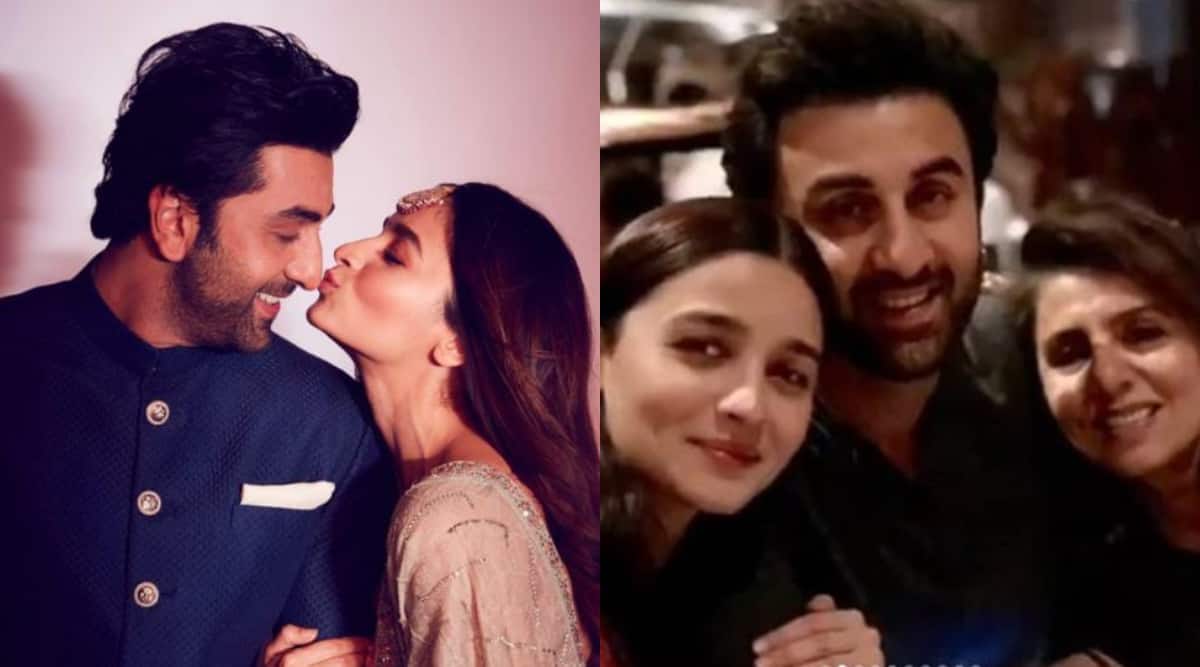 Actors Ranbir Kapoor and Alia Bhatt took everyone by surprise when they announced that they would be welcoming their first child this year. The couple ties the knot in a private ceremony in April. Alia took to Instagram and shared a photo of herself with Ranbir from a hospital, along with a picture of a lion family. She wrote, “Our baby…coming soon!”

Paparazzi congratulated Neetu Kapoor and said ‘Jug jugg jeeyo’ to her, and she added, “Pehle Shamshera”. While Jugjugg Jeeyo is Neetu’s comeback, Shamshera will see Ranbir on screen after almost four years. She also thanked them for their wishes. Shaheen Bhatt shared a photo of Ranbir and Alia and wrote, “Mom and dad…”

The couple’s love story is nothing less than a fairytale. In 2012, Alia confessed that she had a big crush on Ranbir. While promoting her first film, Student of the Year, she’d said at a press conference, “I have always loved Ranbir. I love him more after Barfi. He is my biggest crush and he will always be my biggest crush.” At the end of 2017, rumours about the couple growing close on the sets of Brahmastra began to spread like wildfire. In 2018, Ranbir and Alia went public with their relationship at Sonam Kapoor’s wedding.

Ranbir opened up about his relationship at the time to GQ and said, “It’s really new right now, and I don’t want to overspeak. It needs time to breathe and it needs space. As an actor, as a person, Alia is–what’s the right word–flowing right now. When I see her work, when I see her act, even in life, what she gives is something that I’m aspiring to for myself. It’s new for us, so let it cook a bit.”

Their relationship grew stronger after Ranbir’s father and veteran actor Rishi Kapoor was diagnosed with cancer and left for the US for treatment. Alia made several trips to the US to be with Ranbir.

In 2019, Alia declared her love for Ranbir publicly at an awards show. She said in her acceptance speech, “Meghna (Gulzar), for me, Raazi is you, your blood and sweat. You are my main chick. Vicky (Kaushal), without you, the film wouldn’t be complete. Thank you, my mentor, Karan for being my mentor, father and my fashion police. Tonight is all about love, there, my special one, I love you, Ranbir.”

In 2020, Ranbir said that he would have married Alia had the pandemic not happened. In 2022, Alia said that she was ‘married to Ranbir in her head’, and told Indian Express that she ‘loves him deeply’ and has full faith in their relationship.

The couple got married on April 14 this year, after two days of pre-wedding functions including mehendi and sangeet. It was a private ceremony with only a few close friends and family.

Alia announced their wedding and wrote, “Today, surrounded by our family and friends, at home … in our favourite spot – the balcony we’ve spent the last 5 years of our relationship – we got married.
With so much already behind us, we can’t wait to build more memories together … memories that are full of love, laughter, comfortable silences, movie nights, silly fights, wine delights and Chinese bites.
Thank you for all the love and light during this very momentous time in our lives. It has made this moment all the more special. Love, Ranbir and Alia.”

Ranbir and Alia are awaiting the release of their first film together, Brahmastra, which will release on September 9 after several years of delay.