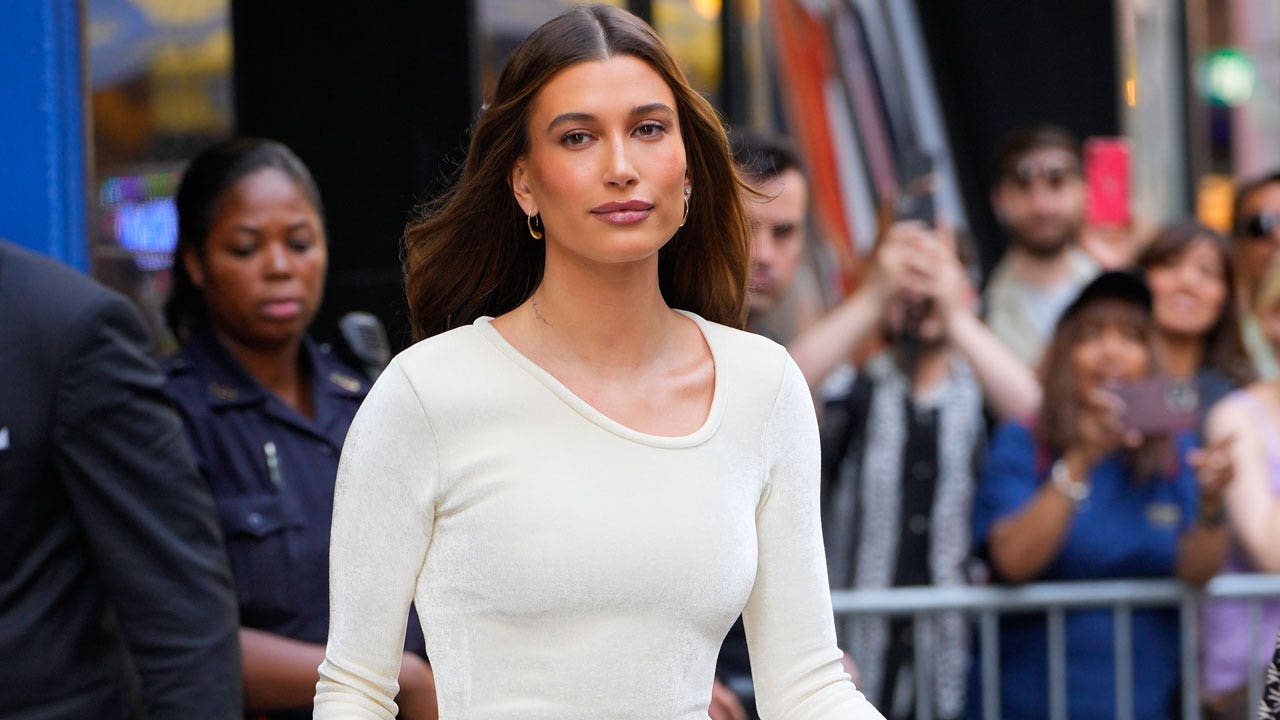 Hailey Bieber updated fans on her husband Justin Bieber’s health as he suffers from Ramsay Hunt syndrome and detailed her own recent health scare.

Hailey, 25, was asked about Justin’s health while promoting her new skincare line Rhodes.

“He’s doing really well. He is getting better every single day. He’s feeling a lot better, and obviously it was just a very scary and random situation to happen, but he’s going to be totally OK. I’m just grateful that he’s fine.”

Hailey then opened up about her own health scare. The model suffered a mini-stroke earlier this year.

Hailey Bieber gave an update on Justin Bieber’s health after he was diagnosed with Ramsay Hunt Syndrome.
(Gotham/GC Imageses))

“I feel a lot, well, I feel a lot better after that situation,” she admitted. “I feel good. You know, I had a procedure done to close this hole in my heart, and I’m just giving my body the time to heal and recover.”

“It was a little hard for me to recover from the procedure just giving myself the time to work out again and feel like normal, if that makes sense. But I’m doing well now, and I’m not having to be on any medication anymore. So, I feel good.”

In September 2018, Justin and Hailey reportedly got married at a courthouse. The couple hosted an official wedding ceremony in September 2019 in South Carolina.

Both Hailey and Justin have recently gone through some health scares.
(Gotham/GC Images)

“Going through it very publicly in front of a lot of people, it kind of almost, in a way forces you to have to just be up front about what’s going on so that people understand what you’re going through,” Hailey explained. “And I think it actually opened up a lot of really important and amazing conversations.”

“I think the silver lining of it, honestly, is that it brings us a lot closer because you’re going through this together,” she added. “You’re being there for each other, you’re supporting each other and there’s just something that really like bonds you through these times.”

Justin, 28, shared a video to Instagram Friday showing fans that the right side of his face has been paralyzed as he was diagnosed with Ramsay Hunt Syndrome.

Hailey and Justin got married in 2018 and held a wedding reception in 2019.
(Axelle/Bauer-Griffin/FilmMagic)

The virus attacked the nerve in the singer’s ear and face, according to Justin.

“For those who are frustrated by my cancellations of the next shows, I’m just physically, obviously, not capable of doing them,” he said. “This is pretty serious as you can see. I wish this wasn’t the case, but obviously my body is telling me that I’ve got to slow down.

“I hope you guys understand. I’ll just be using this time to rest and relax and get back to 100% so that I can do what I was born to do.”

Justin recently canceled multiple shows in Toronto due to the health scare. The musician was scheduled to perform June 7 and 8 at Scotiabank Arena.

Lauryn Overhultz is an entertainment writer for Fox News Digital.