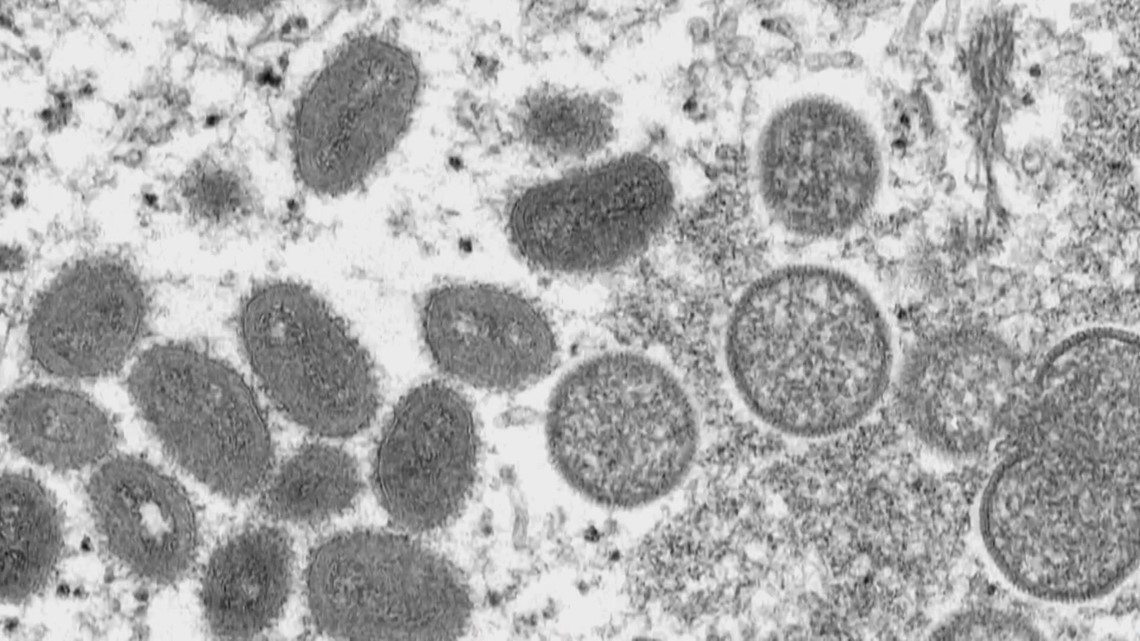 The patient remains isolated and is following recommendations from public health officials and his medical providers.

COLUMBUS, Ohio — The Ohio Department of Health has identified a probable case of monkeypox in the state.

Health Director Dr. Bruce Vanderhoff made the announcement during a briefing on Wednesday.

The person who likely has the monkeypox infection was only identified as a man living in Ohio. The patient remains isolated and is following recommendations from public health officials and his medical providers.

The health organization made the determination based on preliminary testing. More tests are being conducted by the Centers for Disease Control and Prevention to confirm the diagnoses.

In Wednesday’s briefing, Vanderhoff said the risk to Ohioans is generally “very low” as monkeypox does not spread easily between people.

“This disease is not like COVID-19, which as we know can spread easily from person to person through the air over several feet,” the health director explained. “In contrast, monkeypox spreads between people primarily through direct contact with infectious sores, scabs or body fluids.”

ODH is not releasing any additional information about the patient to protect his identity.

The latest U.S. data as of June 12 indicates there have been nearly 50 cases of monkeypox in the country.

Monkeypox is a virus that originates in wild animals like rodents and primates, and occasionally jumps to people. It belongs to the same virus family as smallpox.

Most human cases have been in central and west Africa and outbreaks have been relatively limited.

The illness was first identified by scientists in 1958 when there were two outbreaks of a “pox-like” disease in research monkeys — thus the name monkeypox. The first known human infection was in 1970, in a young boy in a remote part of Congo.

WHAT ARE THE SYMPTOMS AND HOW IS IT TREATED?

Most monkeypox patients experience only fever, body aches, chills and fatigue. People with more serious illness may develop a rash and lesions on the face and hands that can spread to other parts of the body.

Most people recover within about two to four weeks without needing to be hospitalized, monkeypox can be fatal for up to 6% of cases and is thought to be more severe in children.

Smallpox vaccines are effective against monkeypox and anti-viral drugs are also being developed.

The U.S. has 1,000 doses of a vaccine approved for the prevention of monkeypox and smallpox, plus more than 100 million doses of an older-generation smallpox vaccine in a government stockpile, officials said.

HOW MANY MONKEYPOX CASES ARE THERE TYPICALLY?

The World Health Organization estimates there are thousands of monkeypox infections in about a dozen African countries every year. Most are in Congo, which reports about 6,000 cases annually, and Nigeria, with about 3,000 cases a year.

In the past, isolated cases of monkeypox have been spotted outside Africa, including in the U.S. and Britain. The cases were mostly linked to travel in Africa or contact with animals from areas where the disease is more common.

In 2003, 47 people in six U.S. states had confirmed or probable cases. They caught the virus from pet prairie dogs that been housed near imported small mammals from Ghana.

How the Liver Can Control the Brain and Behavior