Is Alexa Having Trouble Understanding You? Solve These Common Amazon Echo Issues 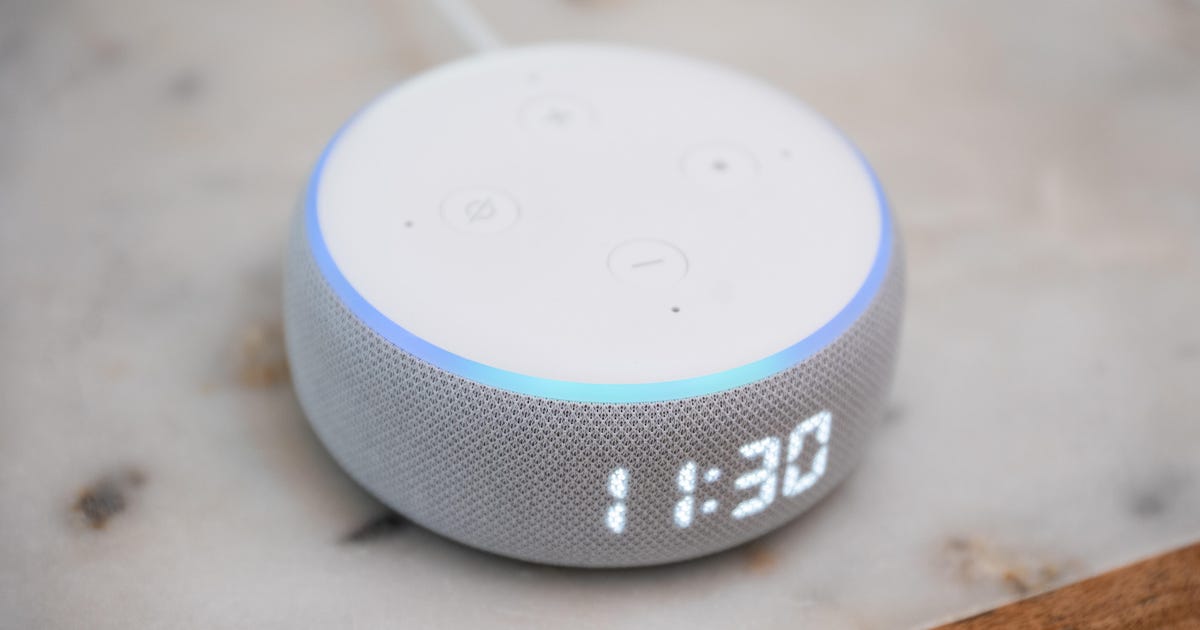 If you have an Amazon Echo device, you’ve probably heard this phrase a lot — “I’m having trouble understanding right now.” It’s Alexa’s way of letting you know that it cannot follow your voice commands for some particular reason. And sometimes, it will even perform a different action than what you asked. For instance, my Echo Show ($34 at Amazon) will play the latest news instead of lullabies.

You might expect Alexa to perform your voice commands without any hiccups, but that’s not always the case in the world of smart tech and voice assistants, like Alexa. But we’re here to help save time and energy — and headaches — figuring out what’s wrong.

So don’t reset your Amazon Echo speaker yet. We’ll tell you what the different ring light colors mean, why your music randomly stops and other common problems we’ve noticed. We even found some quick and easy fixes to the most common Amazon Echo problems.

Read also: The Real Cost of Setting Up an Amazon Alexa Smart Home

Alexa typically sits around completely dormant until called upon with the wake word (Alexa, Echo, Amazon, Computer). But sometimes the LED ring around the top of the Echo and Echo Dot, or a light bar on your Echo Show screen, lights up even when you’re not actively using the smart speaker.

In this case, the colored light could alert you to a problem. Here are a few of the colors you may have encountered if you’re having issues with your speaker.

The light ring can also tell you if someone is calling you, if your Amazon order is out for delivery, the volume of the speaker and more.

Alexa gets new features to make it a better listener

The music randomly cuts out on your Amazon Echo speaker

When you’re listening to music on your Amazon Echo, it can be frustrating when the song cuts out for a few seconds at a time. If this happens, the issue could be Wi-Fi related. Try unplugging your Amazon Echo from the wall and rebooting your router. Wait 20 seconds and plug both devices back into the wall. For better results, connect your Echo device to your router’s 5GHz channel.

Amazon also suggests keeping your smart speaker away from metal objects, microwaves, baby monitors and anything else that could cause interference with your Wi-Fi connection.

Amazon Echos support a long list of smart home appliances. The growing list includes devices like the Ecobee3 and lines from companies such as Honeywell, Insteon, Lifx, Nest, Philips Hue and Wink. Even more devices and services have added official Alexa support by way of skills that help make that service or device take your verbal commands (e.g., “Alexa, tell Philips Hue to turn on the kitchen light”).

To add a new device, open the Alexa app and tap Devices > Add Device > select the device you’d like to add (like a smart switch or plug) and follow the instructions in the app.

Even if the devices aren’t natively supported and don’t have skills, you’re not entirely out of luck. Alexa has an official IFTTT channel and also integrates with Yonomi, both of which have an extensive list of supported smart home devices.

If you’ve already added your devices but Alexa can’t seem to connect to them, there are a couple of solutions. Check the command you’re using, aka your invocation. The commands vary between different devices, skills and connected services, like IFTTT. They can be oddly specific commands, and small differences in the phrasing or names of the devices can throw Alexa for a loop.

Some smart home devices have trouble staying connected due to software problems, crowded networks, being always on or other issues. Powering down the connected devices and turning them back on again will usually fix any connectivity problems you’re having.

If that doesn’t fix the issue, try rebooting the speaker by unplugging it and removing the device that’s acting up and adding it back once more.

Alexa is disconnected from your Wi-Fi

If your Echo speaker isn’t staying connected to your network consistently enough, there are a few ways to fix connection issues.

First, power-cycle everything — the router, modem and Alexa speaker. After that, try streaming audio for a few minutes to see if the issue arises again. If so, attempt to move the speaker away from other devices, preferably closer to the router, and try switching the speaker to a 5GHz channel to decrease interference.

“I’m sorry, I didn’t quite get that” is a phrase often spoken by Alexa. It happens when the voice assistant didn’t comprehend what you said. Fortunately, Amazon added a feature last year that allows you to ask Alexa what it just heard. You can say “Alexa, tell me what you heard” to find out what it thought you said.

You’ll also want to make sure the Echo is positioned in an open space away from noisy household items like the TV, washer, dryer and dishwasher. It may hear you better, then.

You can also use Voice Training, a tool in the Your Profile settings in the Alexa app. You’ll read 25 phrases aloud in a “typical voice from a typical distance” so Alexa can get a baseline understanding of your pronunciation and cadence. This helps you to customize your Alexa experience.

Whether it’s commercials or shows talking about Alexa on TV or you said a word that sounded similar to “Alexa,” your speaker just activated and you’re confused. Luckily, there are four things you can do to minimize this:

Alarms and notifications are too loud

You may have noticed when timers or alarms go off, the sound is much louder (or maybe quieter) than the playback volume of Alexa. That’s because alarm and timer volume is controlled separately within the Alexa app.

To set the alarm, timer and notification volume, open the Alexa app on Android or iOS and go to Devices > [your device name] > Sounds and drag the slider to the volume level you want.

Amazon’s Alexa speakers are capable of streaming music from third-party services like Spotify, iHeartRadio, TuneIn and Pandora. Of those, Spotify seems to have more hiccups than the other services, with music randomly stopping midstream for no good reason and sometimes not playing at all.

There is no definitive fix for the errors, but a good start to troubleshooting the problem is to reboot the speaker. Then unlink your Spotify account and sign in again.

To unlink Spotify, open the Amazon Alexa app and go to Settings > Music > Spotify. Tap Disable Skill and confirm by tapping Disable. Next, tap Enable to use and follow the instructions to log in to your account again.

Using Multi-Room Audio, you can control music playback on Echo speakers with a different Echo. The feature works with the Echo, Echo Dot and Echo Show, and it lets you play music throughout the house.

However, if you don’t have your Echo devices properly named, you’ll run into an issue when trying to play music on other speakers. While you can name the speakers whatever you like, it will be easier to queue up music and remember which speaker is where if you name each speaker after the room it’s in or its location in the house.

Having other issues with your Amazon Echo that we didn’t address? Let us know in the comments. Also, check out these three irritating Amazon Echo pet peeves and how to fix them, six Amazon Echo settings you won’t regret changing and four top Amazon Echo features to perfect and improve now.