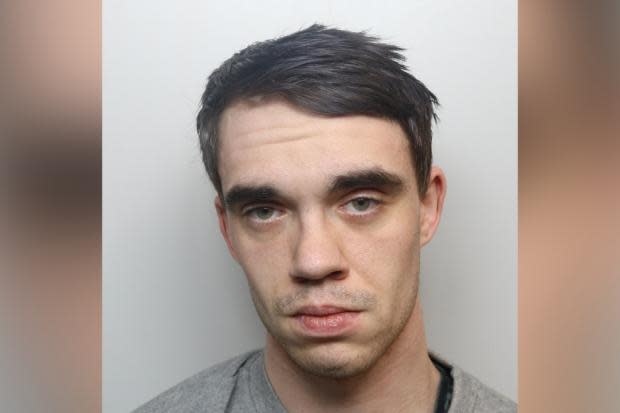 A ‘consummate liar’s’ offender’s unauthorised smartphone was found hidden beneath the oven, a court heard.

The court order, designed to limit his untrammelled access to the web, was imposed by an Oxford judge in 2019 after the 24-year-old was convicted of swapping explicit messages with a child.

On Friday, Oxford Crown Court heard that he was interviewed in December 2020 about using chatroom website ‘MeetUp’.

He twice gave the police officers incorrect log-in details. A two-year battle to try and crack his phone only managed to establish that he had been using the website – and revealed nothing of what he had been doing.

After a 10-month stint on remand, he was released in November 2021. Within less than two months he was back in trouble with the police.

On January 26 this year he was found to have been using a friend’s phone to access WhatsApp and a new email account. The friend’s phone had no police monitoring software installed.

The following day the officers visited him at his home in Oxford. He was initially uncompliant but eventually opened his door.

Asked whether he had any internet-enabled devices, he said he only had his simple Nokia handset. That was unmasked as a lie, however, when police officers found the packaging for a smartphone and sim card – and eventually found the smartphone stashed beneath the oven.

Prosecutor Christopher Pembridge told the court that de Banks admitted in his police interview to having used the library computers. That represented another breach of his sexual harm prevention order, as the computers do not save their internet history.

De Banks, of Field Avenue, Oxford, admitted breaching the court order. He asked for four other breaches of the sexual harm prevention order to be taken into consideration by the judge, relating to his use of various apps and an online alias.

Mitigating, Gordana Austin said her client had a mistrust of the authorities. That extended to not even telling them when he had committed very minor breaches of his order; for example, allegedly using the library computers to submit an application to adopt a dog.

He was said to have had a very difficult early childhood.

Sentencing him to two years’ imprisonment, Judge Michael Gledhill QC described the defendant as a ‘consummate liar’. “You can’t help yourself [from] telling lies.”

He urged de Banks to take a different course in life: “You seem determined to spend as much as your adult life as you can in prison. You only have yourself to blame for the position that you’re in.”

This story was written by Tom Seaward. He joined the team in 2021 as Oxfordshire’s court and crime reporter.

To get in touch with him email: Tom.Seaward@newsquest.co.uk