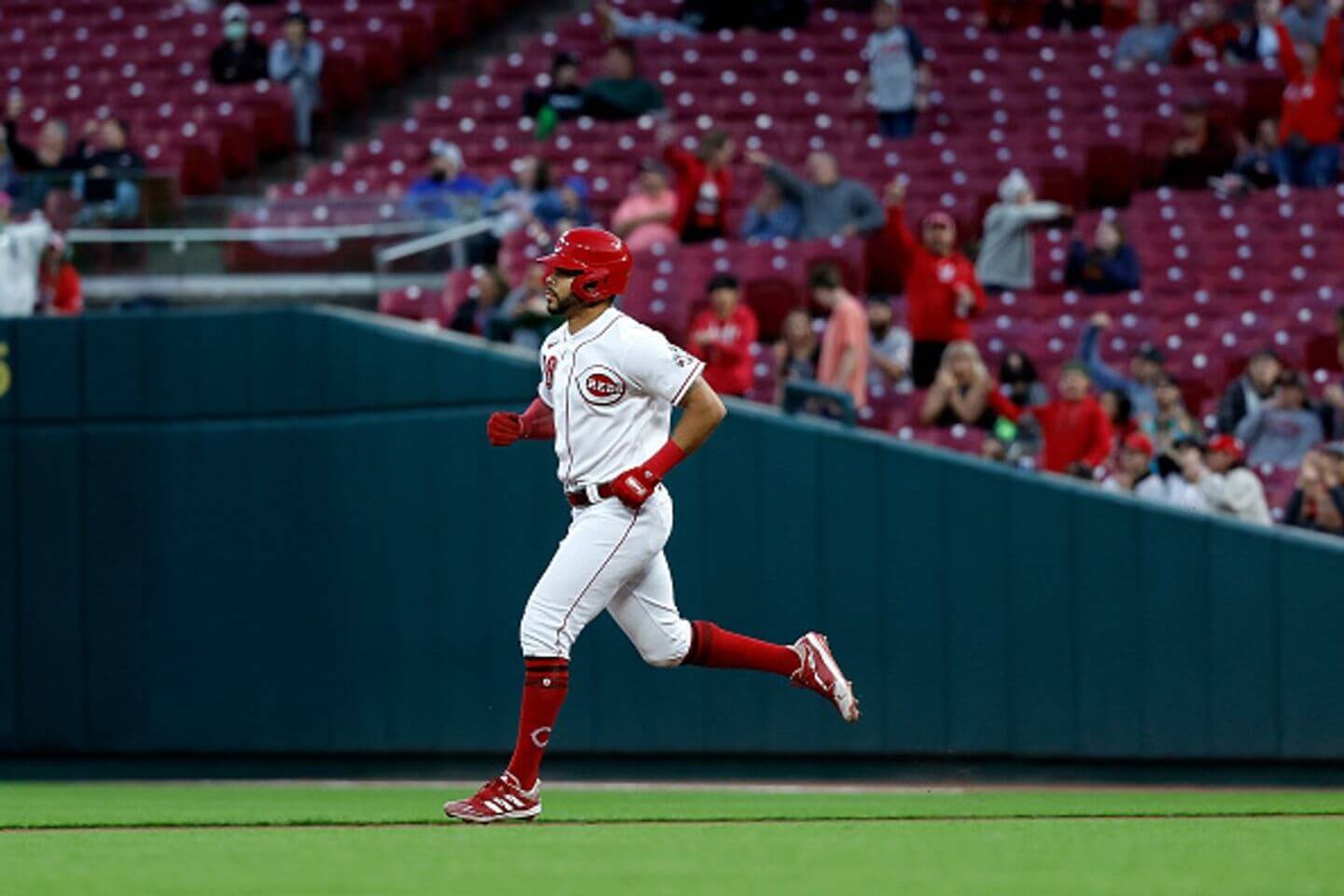 “He kind of came up and said like ‘you remember from last year?’” Pederson recalled after Friday’s game. “And I was like ‘fantasy football?’ He was like ‘yeah.’”

That, Pederson said, is when Pham slapped him on his left cheek.

The Giants, sources said, requested Pham not play in the game. The Reds relented near the end of the more than two-hour rain delay, announcing the change right before the 8:48 p.m. first pitch.

According to a statement by the Reds, “Mr. Pham agreed to not play this evening pending the results of MLB’s investigation.”

Pederson said he didn’t react to the slap and was more surprised than anything. His teammates responded as both teams rushed to left field where the incident occurred.

“There was a decent amount of people around and I didn’t get emotional,” Pederson said. “I don’t think violence is the answer.”

The beef, Pederson said, stems from a fantasy football argument. According to Pederson, Pham accused Pederson of cheating because he was “stashing players on my bench.” Pederson said he looked up the rules the league used and he was in the right. Disagreements ensued on a group text for the league, which sources said, includes MLB players from several teams.

Pederson said the two had never spoken in person before Friday. He doesn’t foresee there being much communication between the two in the future.

“It’s over as far as I’m concerned,” Pederson said when asked about possibly seeing Pham on Saturday. “I don’t think I’ll speak to him. I don’t think he wants to speak to me I would assume, I don’t know.”

Even without Pham in the lineup, the Reds beat the Giants, notching their third straight victory, matching the longest streak by the Reds this season. The Giants recently lost four straight before winning their last two games in New York. Pederson was 1 for 3 with an RBI on a hit-by-pitch in Friday’s game.

“You show up here and it’s hard to lock back in,” Pederson said. “It was a tough day and we haven’t been playing great as a team and then you lose a game … we’re scuffling a little bit and it just makes things worse.”

Earlier this season, Pham challenged the Padres’ Luke Voit to a fight after Voit collided with Reds catcher Tyler Stephenson, causing a concussion.