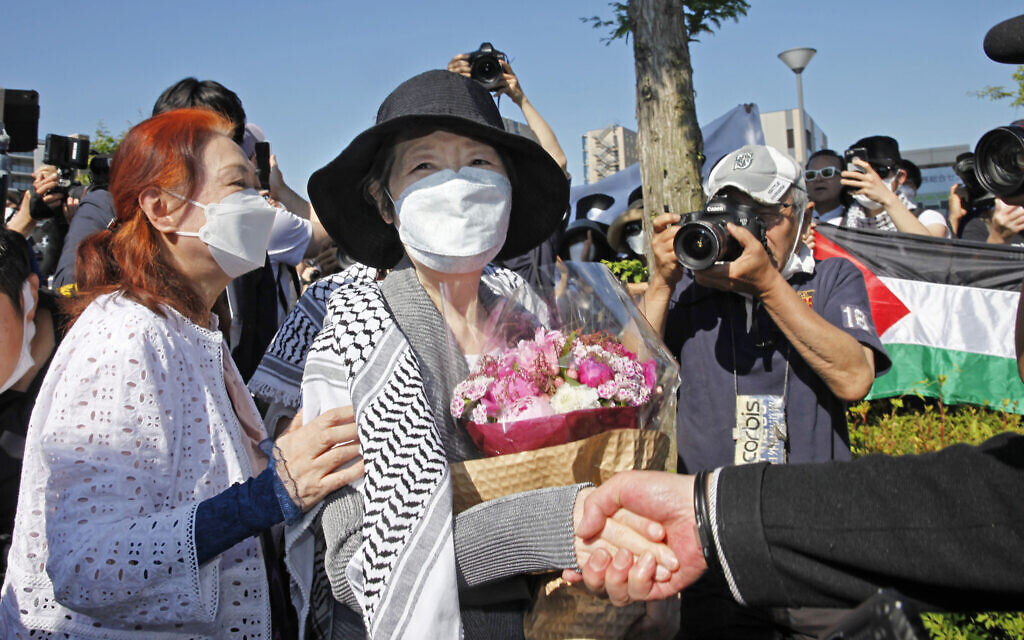 Fusako Shigenobu, who co-founded the Japanese Red Army terrorist group that carried out a 1972 massacre at Israel’s main airport, was released from a Tokyo prison Saturday after serving a 20-year sentence, and apologized for hurting innocent people.

Once described as “the empress of terror,” Shigenobu, 76, was freed just two days before the 50th anniversary of the terror group’s deadly assault at Lod Airport that killed 26 people and injured an estimated 80 others.

“I feel strongly that I have finally come out alive,” she said, welcomed by her daughter and a crowd of reporters and supporters in Tokyo, some waving Palestinian flags.

“I have hurt innocent people I did not know by putting our struggles first. Although those were different times, I would like to take this opportunity to apologize deeply,” said Shigenobu, who was draped in a keffiyeh — the Arab headdress which has become a symbol of Palestinian nationalism.

Shigenobu was convicted of masterminding the 1974 siege of the French Embassy in The Hague, the Netherlands.

She was arrested in 2000 in Osaka in central Japan, where she had been in hiding.

The Japanese Red Army, formed in 1971 and linked with Palestinian terror groups, carried out a 1972 machine-gun and grenade attack on the Ben Gurion International Airport near Tel Aviv, then known as Lod Airport.

Fusako Shigenobu, second right, who co-founded the terrorist group Japanese Red Army, with her daughter Mei, right, speaks to journalists after she walked out of prison in Akishima, suburb of Tokyo May 28, 2022 (Kyodo News via AP)

The Japanese Red Army also took responsibility for several other attacks including the takeover of the US Consulate in Kuala Lumpur, Malaysia in 1975.

Shigenobu was not physically present in the attacks. A year after her arrest, she declared the group dissolved. Japanese media reports said Shigenobu had undergone surgery for cancer during her incarceration.

Kozo Okamoto, who was injured and arrested in the Israeli airport attack, was released in 1985 in a prisoner exchange between Israeli and Palestinian forces. He is reportedly in Lebanon. 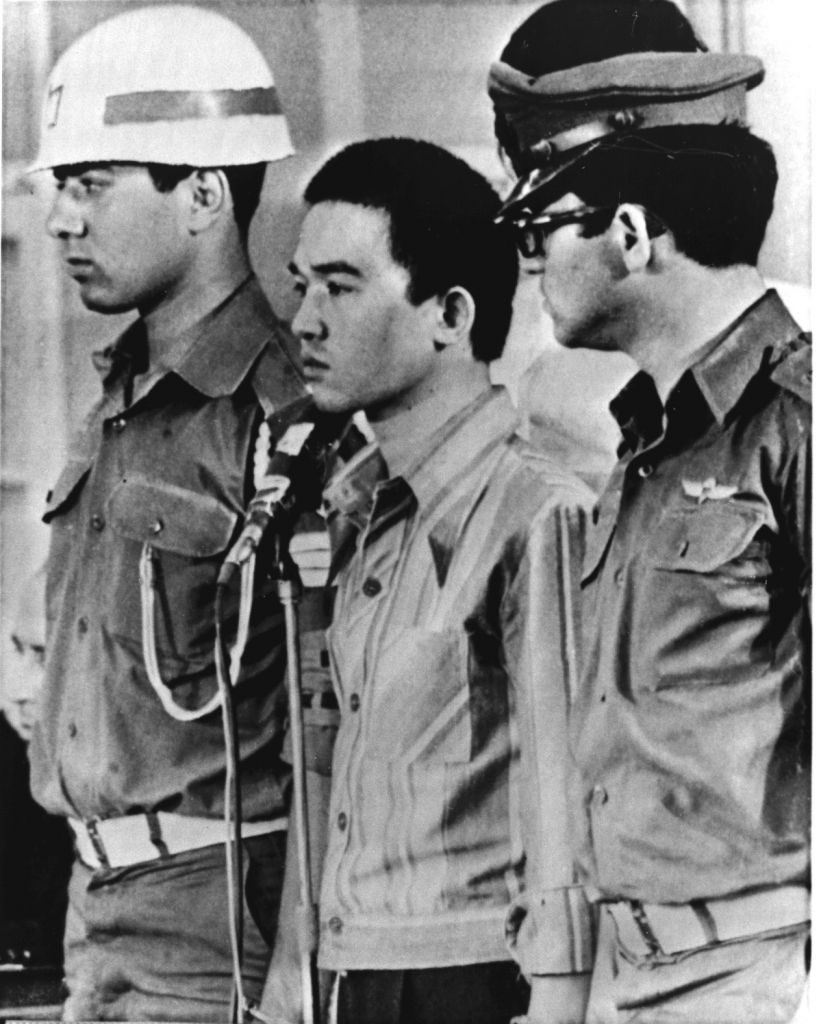 In this Monday, July 17, 1972 file photo, Japanese terrorist Kozo Okamoto, center, surrounded by guards, listen in a Lod, Israel, courtroom, as a guilty verdict is delivered for his part in the May 30 massacre of 28 people in the Lod airport. (AP Photo, File)

Okamoto and several other members of the group are still wanted by Japanese authorities for their alleged role in attacks in the 1970s and 1980s, including the Lod terror attack.