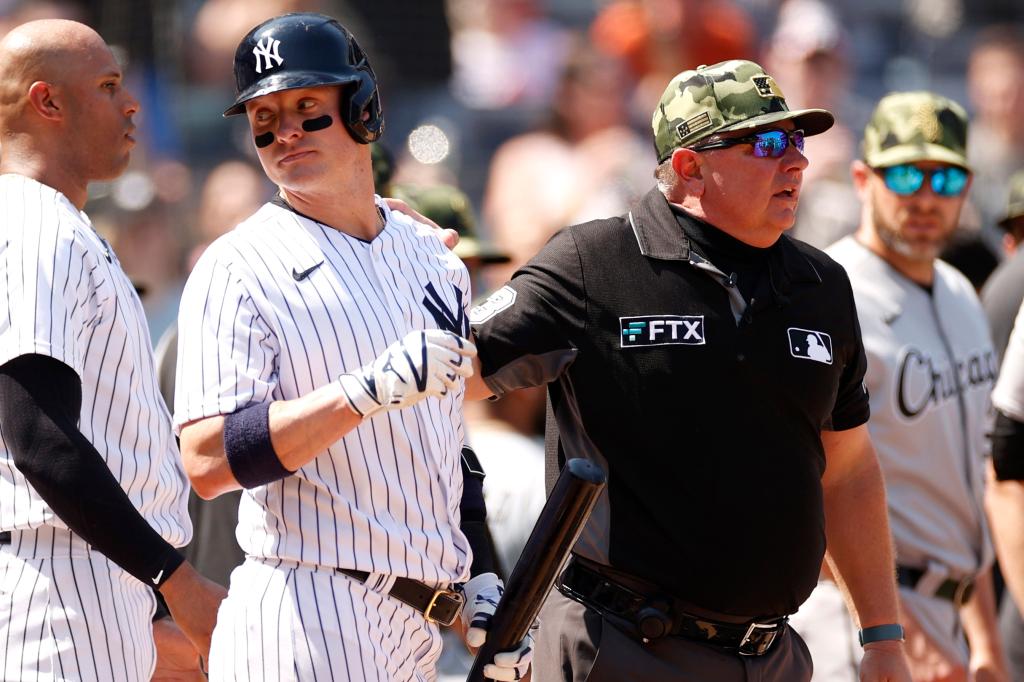 ST. PETERSBURG, Fla. — Josh Donaldson has drawn the ire of everyone from Tim Anderson to Aaron Judge to Aaron Boone for calling the White Sox shortstop “Jackie” on repeated occasions.

On Thursday, the Yankees third baseman said he and Anderson now “have a mutual understanding” on the matter, suggesting his days of referring to Anderson as “Jackie” are over.

Anderson made it clear there was no inside joke between the two, as Donaldson had initially said in explaining his actions, which led to multiple bench-clearing incidents the last two weeks between the Yankees and White Sox.

Donaldson was suspended for a game by MLB for “making inappropriate comments.” He is appealing the decision, but has been on the COVID IL on Monday. The appeal will be heard when he comes off the IL.

According to a source, the Yankees are not considering additional penalties for Donaldson.

In his statement, Donaldson said: “First and foremost, I have the utmost respect for what Tim Anderson brings to the game of baseball. I stated over the weekend that I apologized for offending Tim and that it was a misunderstanding based on multiple exchanges between us over the years. My view of that exchange hasn’t changed and I absolutely meant no disrespect. In the past, it had never been an issue and now that it is, we have a mutual understanding.

“I would also like to apologize to Mrs. Rachel Robinson and the Jackie Robinson family for any distress this incident may have caused. Jackie was a true American hero and I hold his name in the highest regard.”

Initially, Donaldson said he was trying to defuse tensions between the two after they nearly came to blows when the teams met in Chicago earlier this month.

After Boone criticized Donaldson for making the comment, Judge made it clear he wasn’t pleased with the third baseman.

“Joke or not, I don’t think it’s the right thing to do there,” Judge said of Donaldson’s actions toward Anderson. “Given the history, especially the series in Chicago and the little bit of beef between Anderson and [Donaldson]. Anderson is one of the best shortstops in the game and is a big part of MLB and how we can grow the game… He made a mistake, owned up to it and we’ve got to move on.”