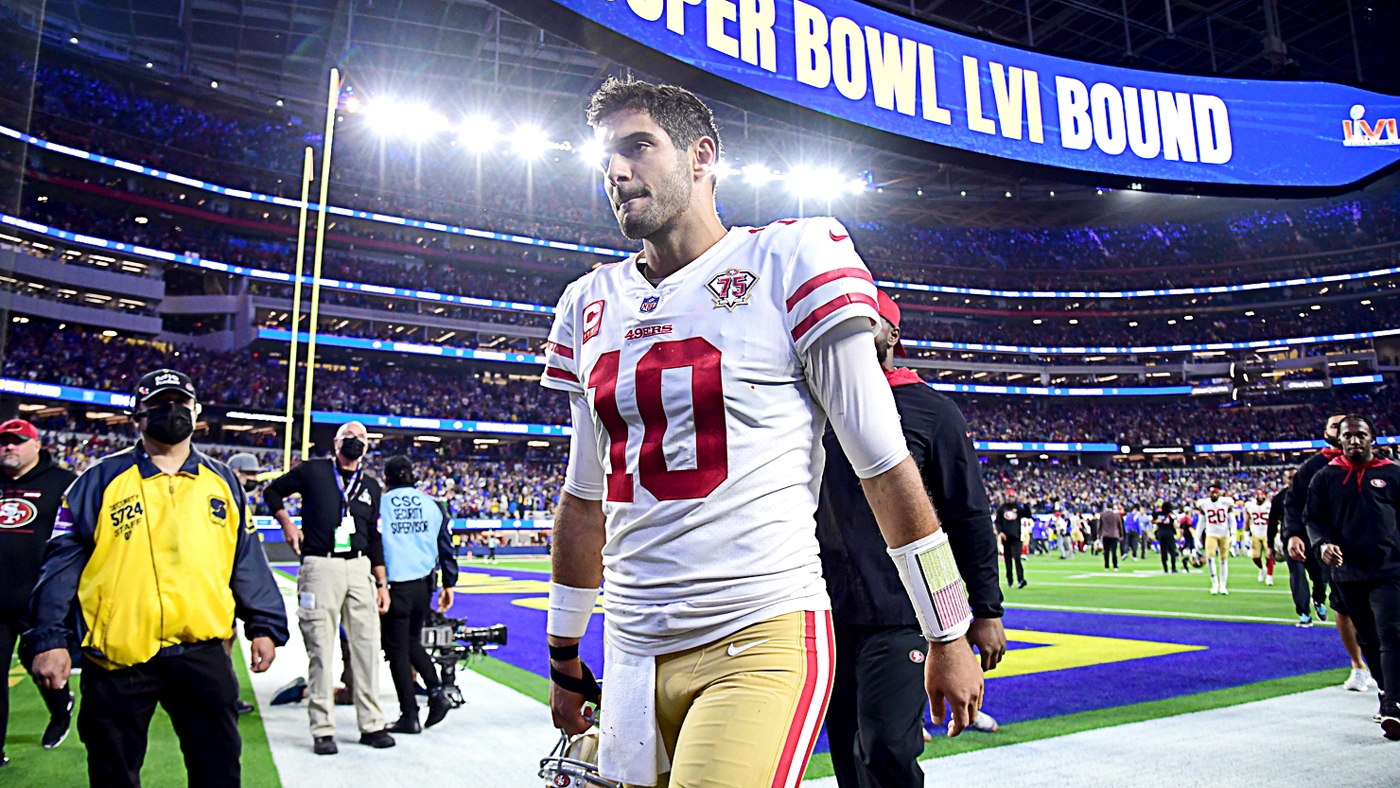 On Wednesday, the San Francisco 49ers made their assistant coaches available to reporters, as they do every offseason. Below are some noteworthy tidbits from the interactions.

On Tuesday, tight end George Kittle said he hasn’t spoken with quarterback Jimmy Garoppolo since the team cleaned out their lockers after the season. Head coach Kyle Shanahan said the 49ers still intend to trade Garoppolo, but also said nothing is guaranteed.

On Wednesday, San Francisco’s new quarterbacks coach, Brian Griese, said he has worked closely with all of the team’s quarterbacks this offseason, except for Garoppolo. In fact, the assistant coach hasn’t even spoken with Garoppolo.

New #49ers Qb coach Brian Griese is working closely with Trey Lance, Nate Sudfeld and Brock Purdy. He has not had any communication with Jimmy Garoppolo, he said.

#49ers assistants are meeting media, and QB Brian Griese has had lot of cool stuff to say about transition to coaching; he hasn’t spoken with Jimmy Garoppolo yet

Yes, Garoppolo is rehabbing from his March 8 shoulder surgery. Still, the position coach not working at all with the quarterback is a good indicator that the team is focused on moving forward without him.

Last year’s second-round pick, Aaron Banks, played just five offensive snaps during his rookie campaign in 2021. However, the 49ers seem confident that the offensive lineman can make more of an impact during his second NFL season.

49ers O-line coach Chris Foerster is bullish on Aaron Banks grabbing the starting LG spot. Told me that Banks’ natural side is the left. SF was actually very pleased with how he ended his rookie season. They have Laken Tomlinson to replace

Defensive line coach Kris Kocurek shared that the 49ers value versatility along the defensive front. That shouldn’t surprise anyone. However, the assistant gave a lot of credit to Arik Armstead’s adaptability for the unit’s success in 2021, especially after injuries impacted the team.
“I didn’t mandate anything,” Kocurek shared. “I said, ‘Hey, I’m just bouncing this off of you. What do you think about it?’ … He was all for [moving inside]. Arik, the main thing that he showed me is he’s an unselfish player. He’s a team-first guy. He’s been a captain the last two years. The guys look up to him.

“And most people can’t make that transition midseason. If you’re going to make that type of transition, it usually needs to be in the offseason, [using] the OTAs to get kind of acquainted in there, and then sharpen it out in [training] camp, and then hit the ground running Week 1.

“He gets thrown in there Week 7, Week 8. It’s not the easiest thing to do. Arik excelled in there as the season went on. … And then in the playoffs, I thought he played his best ball, was a difference-making type player in there, run and pass.”

Inside insight from 49ers D-line coach Kris Kocurek today on DE/DT versatility that’s a hallmark of his unit. Kocurek gave major credit to Arik Armstead for the in-season adaptability he showed.

This one isn’t from Wednesday’s media availability, but it is still noteworthy. Former 49ers quarterback Colin Kaepernick, who last played in the league during the 2016 season, has a workout scheduled with the Las Vegas Raiders.

Colin Kaepernick, who last played football in 2016, the same year he started kneeling during the national anthem to protest racial injustice, is scheduled to work out this week for the Las Vegas Raiders, league sources told ESPN.

Kaepernick has been out of the league since the start of head coach Kyle Shanahan and general manager John Lynch’s regime when the 49ers opted not to bring back the quarterback.

Kaepernick’s NFL career was halted after the quarterback started kneeling during the national anthem to protest racial injustice, which sparked many others to follow in his footsteps the following season. Director Spike Lee is working on a multipart documentary for ESPN that will focus on the polarizing quarterback.

In 2021, Netflix released the drama series “Colin in Black & White,” narrated by Kaepernick.

Nobody’s perfect. Did you find a mistake in this article?
Report it. 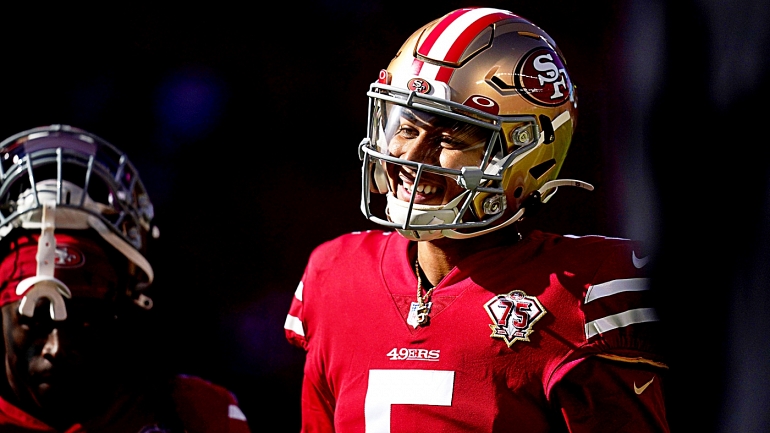 Brian Griese on 49ers’ Trey Lance: ‘He is an outstanding young man in so many ways’

San Francisco 49ers assistant coaches spoke with reporters on Wednesday. That included new quarterbacks coach Brian Griese, who is coming off a broadcast career with ESPN. The task ahead of him: Help mold second-year quarterback Trey Lance and prepare him to guide the 49ers to success.

Griese expressed his excitement about returning to coaching. He was asked about last year’s No. 3 overall pick and what he has seen from the 22-year-old quarterback.

“With respect to Trey, in particular, meeting him and getting to know him over the last couple of months, he is an outstanding young man in so many ways,” Griese said. “I’m excited to continue to get to know him both on and off the field. I’m excited that he comes to work every day, and he’s humble, and he wants to get

After an eventful day of organized team activities (OTAs) on Tuesday, which marked the first time that the media was allowed at practice during Phase 3 of the offseason schedule, the night ended with some unexpected news regarding a certain San Francisco 49ers player.

Here is the latest 49ers news:

After an encounter that occurred during the open portion of OTAs between Javon Kinlaw, the third-year defensive tackle for the 49ers, and Sports Illustrated’s Grant Cohn, in which Kinlaw reportedly knocked Cohn’s hat off, the 24-year old player joined Cohn’s YouTube livestream late Tuesday night and provided a profanity-filled response to Cohn’s previous criticism of 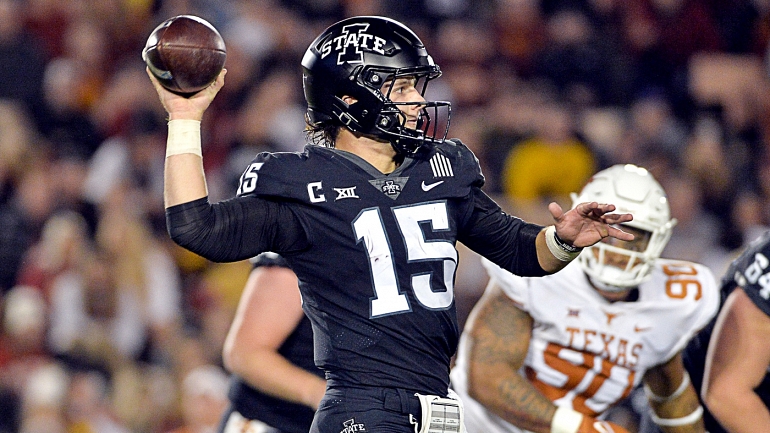 Rookie minicamp gets underway Friday for 49ers drafted players and undrafted free agents, but before those players take the field, they were hit with a number of questions from reporters during pre-camp media sessions on Thursday. 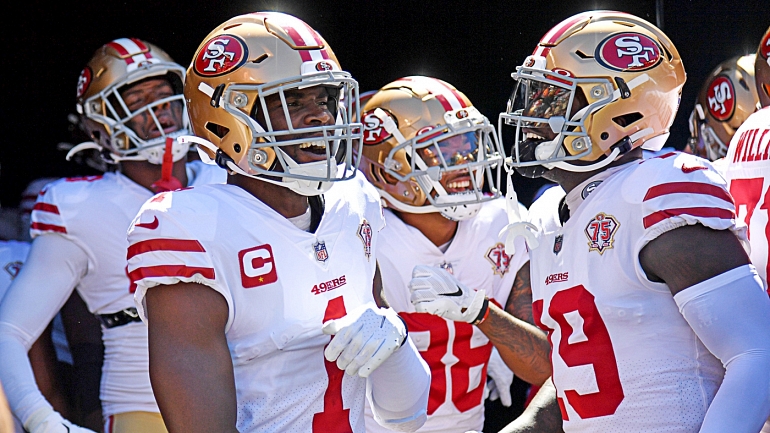 Several San Francisco 49ers players spoke with reporters following Tuesday’s practice, the first of organized team activities (OTAs) that was open to the media. Below are some noteworthy updates from those players that weren’t already covered here.

Wide receiver Brandon Aiyuk was asked to share his first impressions of rookie Danny Gray, the receiver selected in the third round of the draft.

Aiyuk has done his homework on Charvarius Ward

Aiyuk admitted to doing some homework on the 49ers’ biggest free-agent signing, Charvarius Ward, knowing that he would have to face the cornerback in