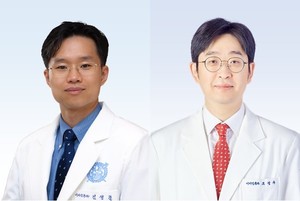 Researchers at Seoul National University Bundang Hospital (SNUBH) have developed a technology that can diagnose sleep apnea using only the microphone of a smartphone device.

Sleep apnea is a sleep disorder symptom where patients temporarily stop breathing or experience their airways narrowing during sleep, making it impossible to breathe properly. Also, if left unattended for a long time, it increases the risk of stroke and dementia. In addition, it can cause cardiovascular diseases such as high blood pressure, diabetes, and angina, making it important to diagnose symptoms early.

To diagnose sleep apnea, hospitals conduct standard polysomnography, which requires patients to stay overnight in a hospital so that medical workers can measure vital signs such as respiration, heart condition, and oxygen concentration during sleep.

However, the degree of sleep apnea varies from day to day, depending on the day’s fatigue, eating habits, and the rate of deep sleep. According to the hospital, the problem is that it is difficult to receive standard polysomnography more than once due to the patient’s time burden and restrictions on health insurance coverage.

Due to such limitations, there is no choice but to depend on the results according to the condition of the patients on the day that they receive the test.

That, in turn, has raised a need for a more accurate and convenient test method that can repeatedly measure patients in their usual sleeping environment.

To provide a solution, the team, led by Professors Kim Jung-hoon and Cho Sung-woo of the Department of Otolaryngology, developed a basic technology that can diagnose sleep apnea symptoms anytime, anywhere using a smartphone.

Afterward, the team analyzed whether it could predict sleep apnea when performing a standard polysomnography test and recording the patient’s breathing sounds during sleep with a smartphone using the developed technology.

The team conducted the study on 423 patients who received tests at the Sleep Center of SNUBH from 2015 to 2019.

That led researchers to devise an algorithm with an accuracy of 82 percent by finding the optimal setting to process the sound data recorded with a smartphone.

The team stressed that most of the built-in microphones in smartphones are suitable for recording breathing sounds during sleep. The microphones use adaptive noise cancellation, which extracts characteristic elements of sound data.

“Early diagnosis of sleep apnea is very important because of the high risk of cardiovascular complications if treatment is delayed,” Professor Cho said. “Although access to polysomnography has increased compared to the past, many patients still cannot receive an accurate diagnosis due to cost and time burden.”

However, the development of this diagnostic technology is meaningful as it can provide a basis for early diagnosis and treatment of diseases, Cho added.

Professor Kim also said, “The team expects that the technology can also help periodically monitor the patient’s condition and set the treatment direction by providing information about lifestyle improvements such as weight loss, abstinence from alcohol, smoking cessation, regular exercise, and sleep hygiene for fundamental treatment of sleep apnea in the future.”

JAMA Otolaryngology Head & Neck Surgery has published the result of the study.