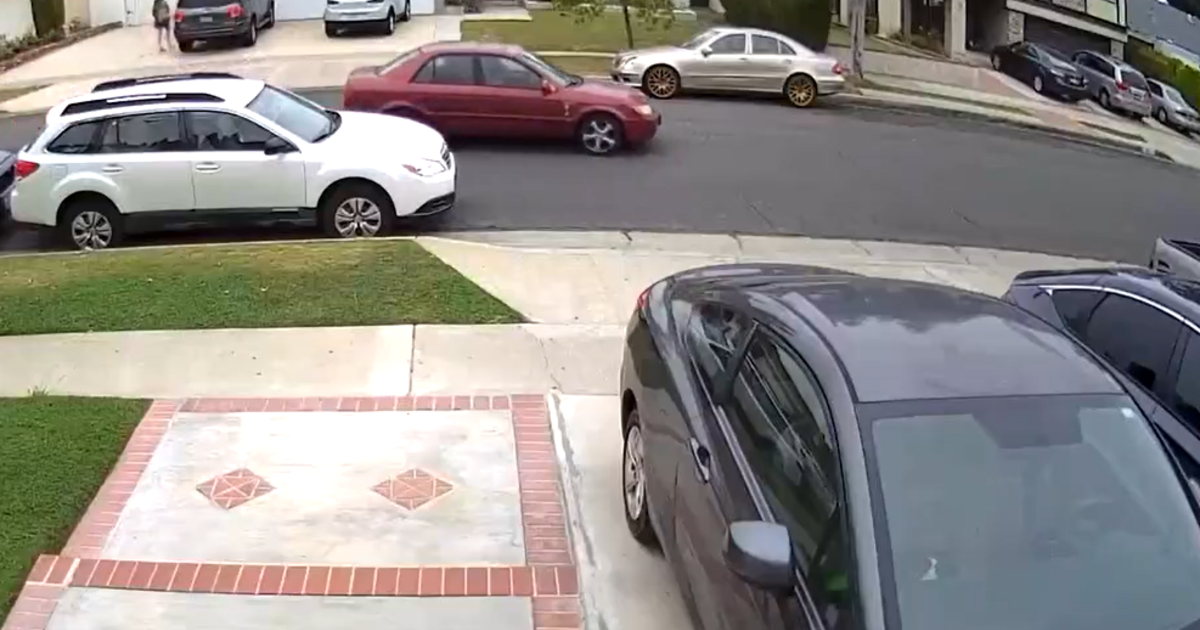 Three children were hospitalized Monday after being struck by a vehicle a few blocks away from an elementary school in Orange County, California, police said. Several “incendiary devices” were found in the vehicle, police said.

The suspect drove a vehicle onto the sidewalk and struck three children a few blocks away from Taft Elementary School, according to the Santa Ana Police department. All three children were taken to the hospital and are in stable condition, SAPD said.

The suspect, identified as 26-year-old Jason Guzman of Valencia, was arrested and taken into custody following the crash, CBS Los Angeles said.

Home surveillance video taken just before the crash appears to show the suspect’s vehicle brake suddenly before quickly accelerating. The car then drives out of frame and sounds of the collision can be heard.

One witness told CBS Los Angeles that when he went to help the children, he saw “an individual with a knife in his hand walking towards the bodies on the ground” before the suspect turned around and returned to his vehicle.

Authorities found the man inside of his vehicle suffering from a stab wound, according to CBS Los Angeles. “The stab wound appeared to be, at least for now, self-inflicted,” Santa Ana police Sgt. Maria Lopez told CBS LA.

The district said that, prior to the collision, the suspect had trespassed onto school property and was removed by staff. The school was placed on lockdown from around 8 a.m. local time until just before 11 a.m., the letter said.

Police said that they found a “suspicious incendiary device” while searching the suspect’s vehicle. The Orange County Bomb Squad was then called, which found three more devices. Police did not elaborate on what type of devices were found, but CBS Los Angeles’ Michele Gile reports that they were “similar to molotov cocktails.”