‘Crimes of the Future’ screening prompts walkouts at Cannes 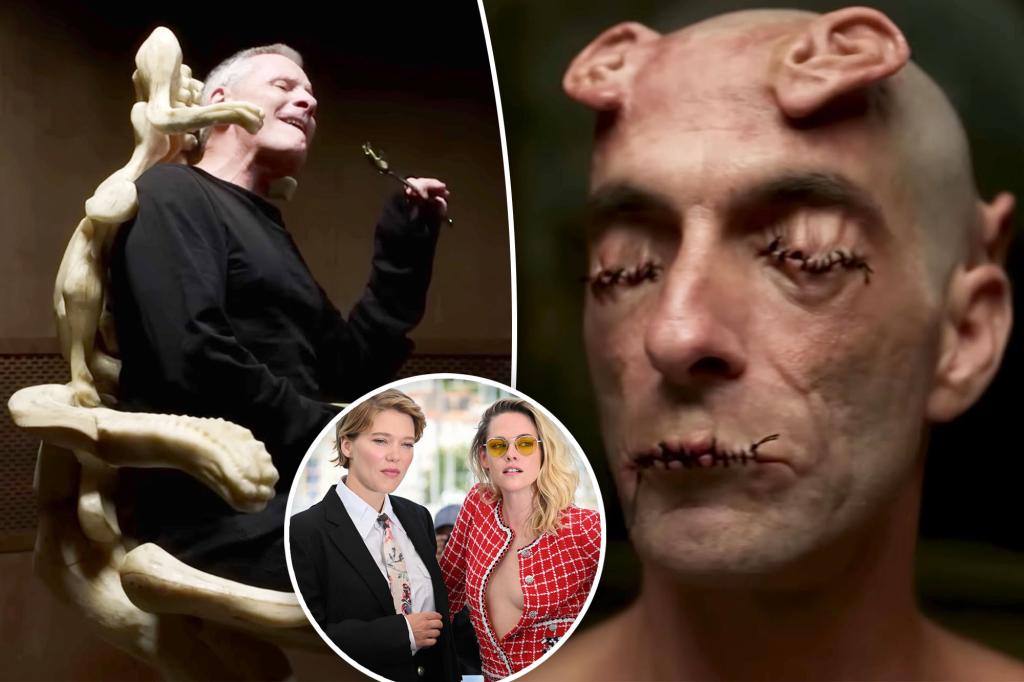 Audience members sickened by horrific scenes in “Crimes of the Future” reportedly walked out of the premiere at Cannes Film Festival on Monday.

The majority of the exits reportedly occurred within the first five minutes of the film but a specifically grotesque scene of Seydoux licking an open wound sent others out the door further along in the film. Both Variety and the Daily Mail reported walkouts, but Entertainment Weekly claimed there were none.

New York Times journalist Kyle Buchanan tweeted from the theatre that he counted 15 people who walked out of the cinema during the screening due to “notably gross plot developments.”

Despite being too much for some, the movie directed by David Cronenberg received a seven-minute standing ovation from the remaining audience members at the end.

But Cronenberg wasn’t shocked by viewers’ dramatic reaction. “There are some very strong scenes. I mean, I’m sure that we will have walkouts within the first five minutes of the movie. I’m sure of that,” he predicted.

“Some people who have seen the film have said that they think the last 20 minutes will be very hard on people, and that there’ll be a lot of walkouts. Some guy said that he almost had a panic attack.”

The movie welcomed the return of Cronenberg’s body-horror style, a genre that the Canadian film director is credited with creating.

“As the human species adapts to a synthetic environment, the body undergoes new transformations and mutations. Accompanied by his partner, celebrity performance artist Saul Tenser [Mortensen] showcases the metamorphosis of his organs. Meanwhile, a mysterious group tries to use Saul’s notoriety to shed light on the next phase of human evolution,” the synopsis explains.

Well aware of Cronenberg’s body horror, Buchanan noted “the most shocking thing” about the film was Stewart’s “outlandish voice” claiming that her Oscar-nominated role in “‘Spencer‘ must have truly unlocked something within her.”

The film is competing for the Palme d’Or (the highest honor at Cannes Film Festival) and is set to be released on June 2.

Yordan Alvarez carted off after collision