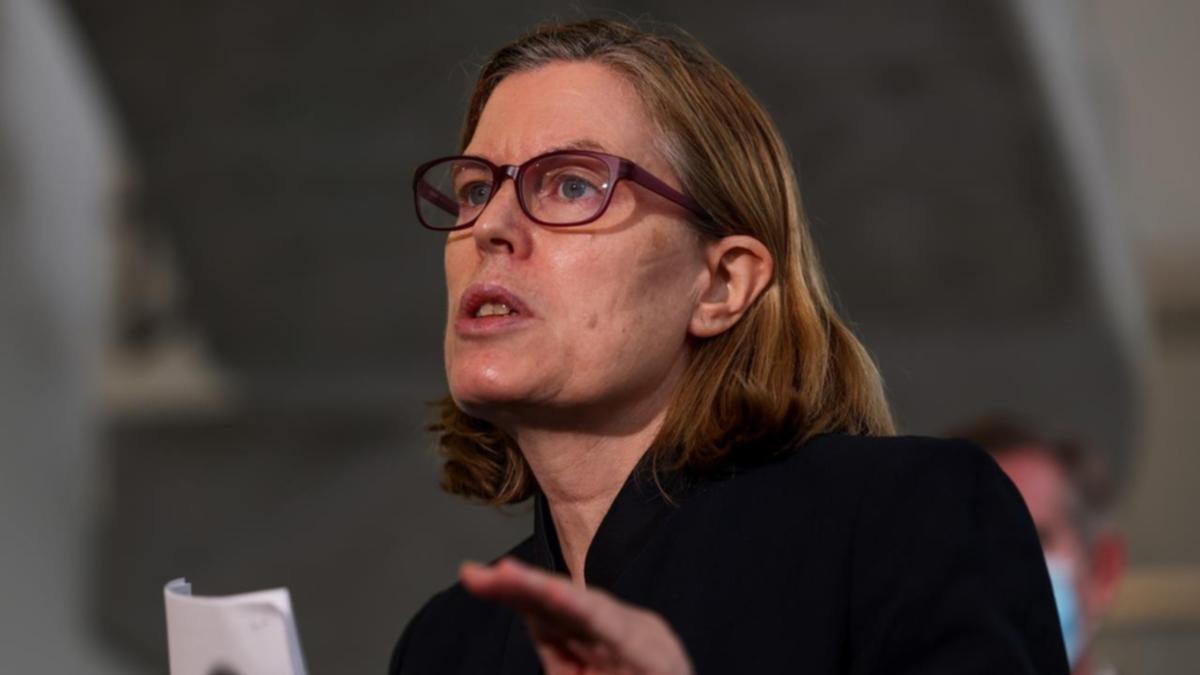 New South Wales has reported a “probable” case of monkeypox in a returned traveller from Europe – the same day Australia recorded its first confirmed case of the rare illness in Victoria.

The man in his 40s developed a mild illness shortly after his return to Sydney, NSW Health said in a statement on Friday.

He presented to his GP with symptoms associated with monkeypox.

“Urgent testing was carried out which has today identified a probable case of monkeypox, with confirmatory testing underway,” NSW Health said.

“The man and a household contact are isolating at home, with care and support being provided by their GP and NSW Health.”

Chief Health Officer Dr Kerry Chant says monkeypox is a rare viral infection that does not spread easily between people.

“Cases are occasionally reported in non-endemic countries in returning travellers or their close contacts, or in owners of imported pets,” Chant said.

“People can contract monkeypox through very close contact with people who are infected with the virus.

“The infection is usually a mild illness and most people recover within a few weeks.”

NSW Health said it would work closely with colleagues throughout Australia to monitor for cases.

Doctors and sexual health services will be getting more information to help increase awareness of the infection.

Australia is the latest country to report a case of the rare disease with Italy, Sweden, the United Kingdom, Spain, Portugal and the United States already dealing with the monkeypox outbreak.

The World Health Organisation, already busy with the coronavirus pandemic which has struck the world over the past three years, has called for vigorous contact tracing of the spate of cases.

Monkeypox is a rare but dangerous infection that belongs to the family of poxviruses, which also includes the now eradicated smallpox virus.

It occurs in Central and West Africa, often in proximity to tropical rainforests, and is considered endemic in the Democratic Republic of Congo, where it was first discovered in humans in 1970.

The virus is usually contracted from a rodent or small mammal, and it does not easily spread from one person to another.

Experts suspect that the pathogen that causes monkeypox circulates in rodents – monkeys are so-called false hosts.

However, the monkeypox virus can spread through contact with body fluids, monkeypox sores, or items such as clothing and bedding that have been contaminated with the virus.

“When the lesions have healed, the scabs (which might carry infectious virus) can be shed as dust, which could be inhaled,” said Dr Michael Skinner, who is on the faculty of medicine in the department of infectious disease at Imperial College London, in a statement.

It can also spread from person to person through respiratory droplets, typically in a close setting, according to the US Centres for Disease Control and Prevention.

The illness is usually mild, though some cases can be fatal.

In Africa, around one in 10 people who contract monkeypox die, according to the Centres for Disease Control and Prevention.

Most people, though, recover after two to four weeks.

Where is monkeypox spreading?

Authorities are tracking multiple clusters of monkeypox that have been reported within the past two weeks in several countries that don’t normally report monkeypox.

“It’s not clear how people in those clusters were exposed to monkeypox but cases include individuals who self-identify as men who have sex with men,” the CDC said in a press release.

“Many of these global reports of monkeypox cases are occurring within sexual networks,” Dr Inger Damon, Director of CDC’s Division of High-Consequence Pathogens and Pathology, said in the press release.

The recent pattern of cases among men who’ve had sex with men has raised questions among public health experts, since monkeypox is not considered a sexually transmitted infection.

According to the Swedish Public Health Agency, one person is infected in the greater Stockholm area.

“The person infected with the virus in Sweden is not seriously ill but is receiving treatment,” infectious disease expert Klara Sonden said in a statement.

“We do not yet know where the person became infected. The investigation into this is ongoing.”

A first monkeypox infection has also been detected in Italy.

The health chief of the Lazio region, Alessio D’Amato, said on Facebook that the case had been confirmed at Italy’s National Institute for Infectious Diseases.

The ANSA news agency reported that the infected man had returned from a trip to Spain’s Canary Islands and was in isolation in a hospital in Rome.

The French Health Ministry said on Thursday the first suspected case of the monkeypox virus on French territory had been detected in the Paris/Ile-de-France region.

So far, four countries in Africa have reported cases of monkeypox in 2022 – Cameroon, Central African Republic, Democratic Republic of Congo and Nigeria – the WHO said.

The US Centres for Disease Control and Prevention announced on Wednesday that a person there had been infected.

A resident of the state of Massachusetts in the country’s northeast was tested on Tuesday, with the CDC labs confirming monkeypox the following day.

Canadian broadcaster CBC reported that health officials in Quebec were investigating if monkeypox had broken out there after being notified a visitor to the province was later confirmed as a case.

In Spain, eight infections were reported in the capital Madrid, according to Europa Press news agency, citing health authorities.

In Portugal, the newspaper Publico reported that 20 people had been infected.

The number of cases detected in the UK has risen to nine, health authorities said on Wednesday.

The first, detected in early May, was a person who had recently travelled to Nigeria.

UK authorities have advised the public to be alert to any lesions on their bodies.

According to the WHO, previous cases of monkeypox were usually due to travel to areas in West and Central Africa.

The WHO said monkeypox had appeared more frequently in Nigeria in recent years.

Since 2017, a total of 558 suspected cases have been reported there.

Of those, 241 have been confirmed and eight people have died.

There is an incubation period of some seven to 14 days, the CDC said.

Initial symptoms are typically flu-like, such as fever, chills, exhaustion, headache and muscle weakness, followed by swelling in the lymph nodes, which help the body fight infection and disease.

“A feature that distinguishes infection with monkeypox from that of smallpox is the development of swollen lymph nodes,” the CDC said.

Next comes a widespread rash on the face and body, including inside the mouth and on the palms of the hands and soles of the feet.

The painful, raised poxes are pearly and fluid-filled, often surrounded by red circles.

The lesions finally scab over and resolve over a period of two to three weeks, the CDC said.

“Treatment is generally supportive as there are no specific drugs available,” Jimmy Whitworth, professor of international public health at the London School of Hygiene & Tropical Medicine, said in a statement.

“However, a vaccine is available that can be given to prevent the development of disease.”

What to do if you suspect you have monkeypox

The general public and health clinics should be aware and have unusual skin rashes examined by specialist staff, the WHO said in a separate statement.

If monkeypox is suspected, patients should be isolated, the health body continued.

There is not a proven treatment for monkeypox, but doctors can treat its symptoms.

Beyond that, she said, there were some experimental drugs that had not been widely tested in people.

Doctors who identify a suspected monkeypox case should report it to the CDC, said Dr Agam Rao, a medical officer at the CDC, since “any potential treatments that might be provided to the patient are really only available through consultation with public health authorities”.

Experts think a smallpox vaccine could help reduce symptoms or prevent disease if administered shortly after someone gets infected.

For now, Rao said, the risk to the general population is very low.

“I would not want people to be too terribly alarmed right now and to be changing their behaviours too much,” she said.