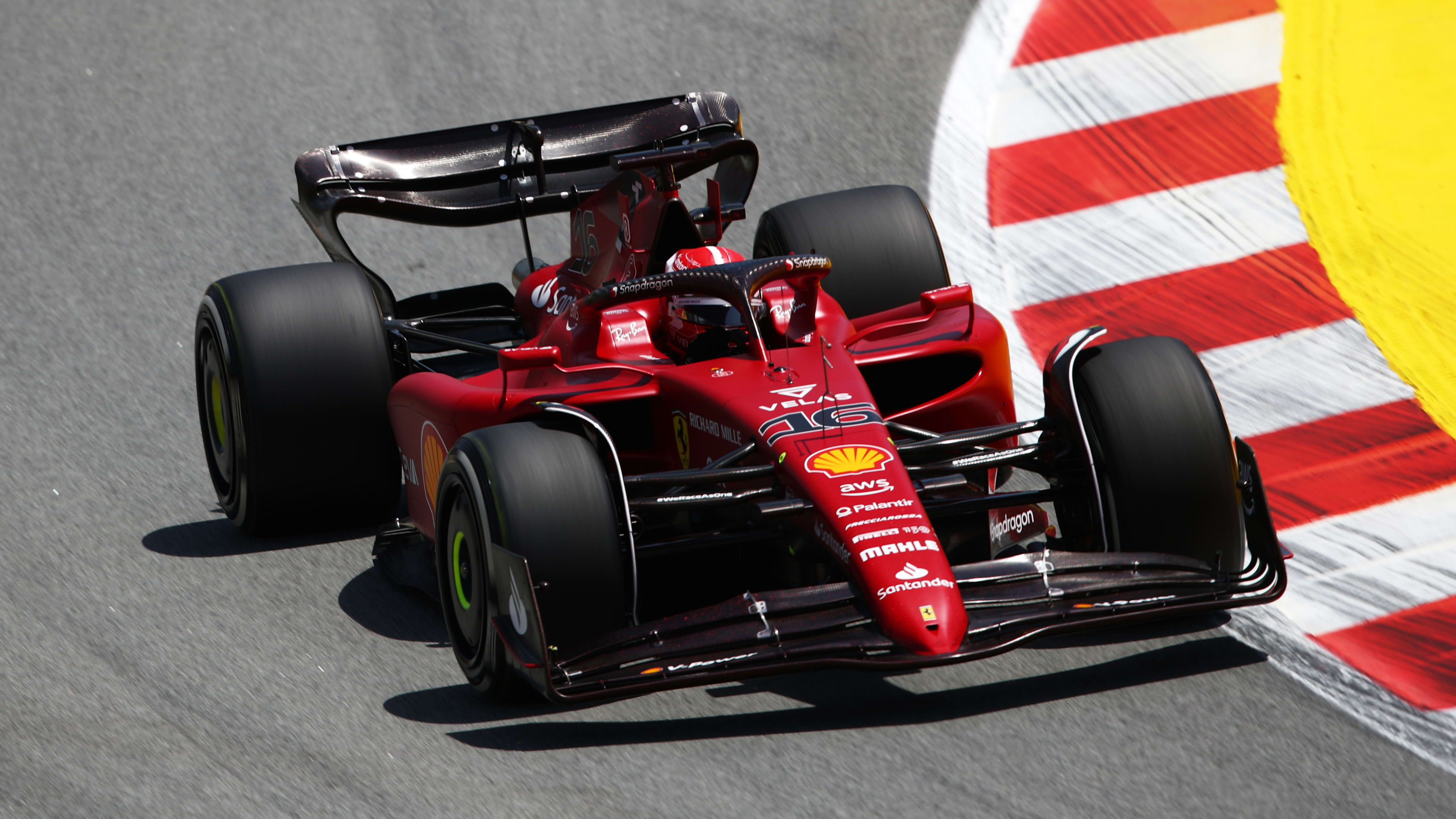 Eagle eyes were trained closely on the cars in FP1 to spot any new upgrades, the likes of Williams, Aston Martin, McLaren, Mercedes and Ferrari having brought significant packages to their respective cars. As a result, flow-vis paint and aero rakes emerged on the machinery early on this sweltering Barcelona afternoon.

PALMER: Why the Circuit de Barcelona-Catalunya is the perfect track for the teams to introduce upgrades

Times tumbled after Verstappen set the early benchmark on hard tyres, the field emerging on softs around the halfway mark for Leclerc to set the fastest lap of 1m 19.828s – 0.079s faster than Sainz. The Scuderia’s package included a new rear wing for Spain.

With Ferrari shooting to the top, Verstappen improved to third on softs for Red Bull – 0.336s off the pace – having had a new nose fitted to his car early on.

Mercedes fitted new engines to both of their drivers’ cars – both donning brand-new parts surrounding the floor area – Lewis Hamilton also having taken a new gearbox this weekend (no penalty applied). George Russell finished fourth while Hamilton was sixth, the last driver within a second of Leclerc.

Between the Silver Arrows was Fernando Alonso, the Alpine driver rounding out the top five at home.

McLaren’s Lando Norris – also testing out a suite of parts – was seventh and two-tenths ahead of eighth-place AlphaTauri driver Pierre Gasly. AlphaTauri stripped paint off their liveries in an apparent weight-saving exercise, also bringing new rear wings to Spain.

Behind Ocon was Lance Stroll, 12th. Aston Martin broke curfew on Thursday and spent the long night fitting upgrades to their AMR22 cars, revised sidepods the clearest indication of a new direction for the team in green. Sebastian Vettel finished 16th in this session.

Next on the board were the Haas drivers, Kevin Magnussen 14th ahead of Mick Schumacher. Their upgrades are bound for the French Grand Prix, rather than Spain.

In place of Alex Albon at Williams was Nyck De Vries, the Formula E driver and Mercedes F1 reserve finishing 18th. In a coincidental homage to Albon’s hair, Nicholas Latifi ran red flow-vis paint on his car early on, the Canadian taking P19.

Juri Vips has a full schedule, having finished sixth in F2 practice earlier on before taking over Sergio Perez’s Red Bull for F1 FP1. He completed the practice programme to finish 20th – and now gears up for F2 qualifying at 1830 local time.