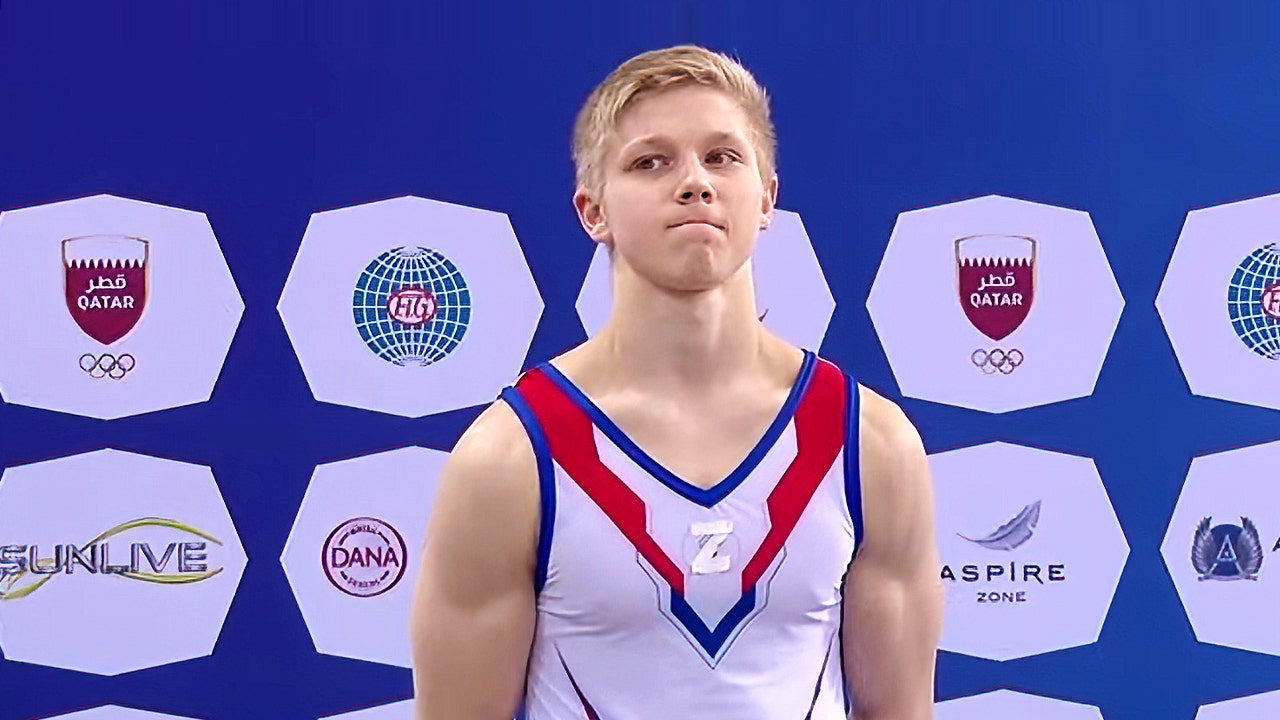 Ivan Kuliak, the Russian gymnast who defended wearing the letter “Z” on his singlet on the podium ​​at the Apparatus World Cup in Doha, Qatar, in support of the war in Ukraine, has been banned from competition for one year and will return his medal, the International Gymnastics Federation (FIG) said Tuesday.

Gymnastics’ international sports governing body released a statement stating that Kuliak violated several ethics codes when in early March, just weeks after Russia launched a military attack on Ukraine, the 20-year-old wore the letter “Z” on his chest – a symbol that has been said to identify the vehicles as friendlies for Russian forces.

“Mr. Kuliak is disqualified from the Doha FIG Apparatus World Cup and he will return the bronze medal and the prize money of [$500 Swiss franc] or the equivalent in US dollar,” the statement read.

“Mr. Kuliak is not allowed to participate in any FIG-sanctioned event or competition organized by an affiliated FIG member federation for one year as of the date of this decision.”

The FIG also noted that if the ban on Russian and Belarusian athletes should still be in place one year from the start of his ban (2023), that he will face an additional six-month ban from whenever those measures have been lifted.

Kuliak won the bronze medal in the parallel bars at the event. While on stage with the “Z” symbol on his chest, Kuliak stood beside Ukrainian Illia Kovtun, who took home the gold.

“I saw it with our military and looked at what this symbol means. It turned out [it means], ‘for victory’ and ‘for peace,’” Kuliak claimed. “I didn’t wish anything bad on anyone, I just showed [what] my position [was]. As an athlete, I will always fight for victory and stand for peace. Only [for that] and everything.”

Kuliak has 21 days to appeal the decision.