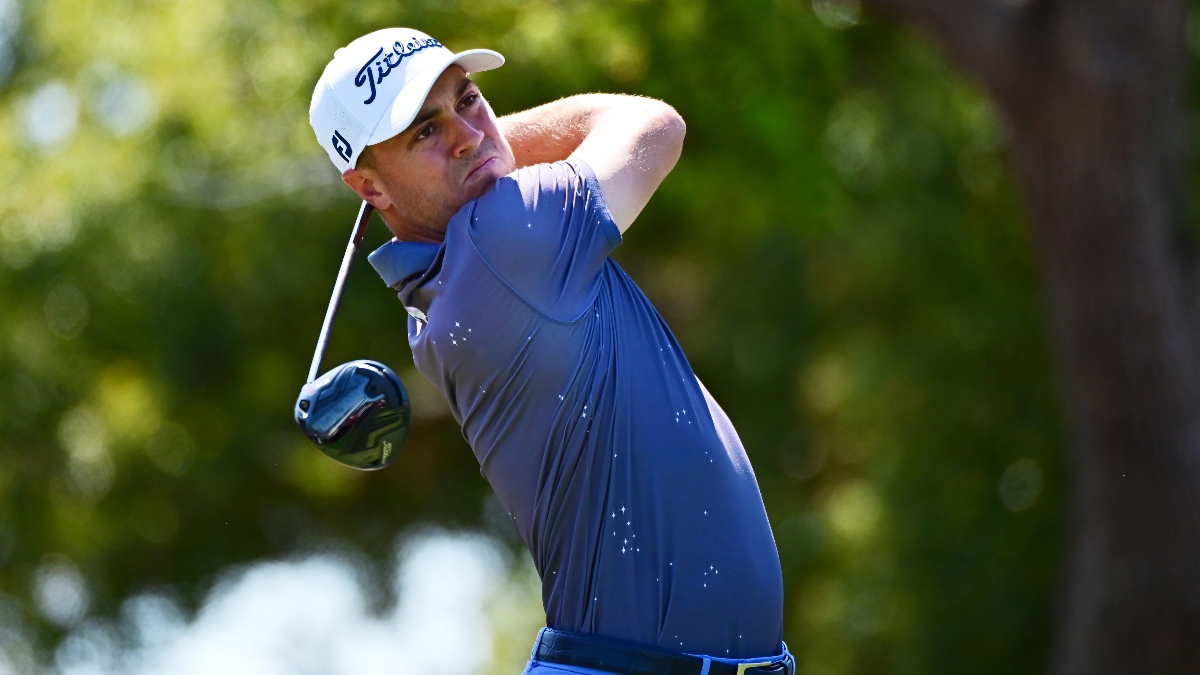 The second major of the 2022 season has arrived. The world’s best players will tee it up this week at Southern Hills Country Club in Tulsa, Oklahoma to compete for the Wanamaker Trophy.

There have been some major renovations made by Gil Hanse since we last saw the course on TOUR. Many trees have been removed from the course and the thick rough both off of the fairways and the green complexes have been mowed down. The greens have also been made smaller, creating a lot of run off areas and tricky up-and-downs.

Southern Hills Country Club is a par-70 measuring 7,558 yards and features Bentgrass greens par 70. The course is long for a par 70, and water will be in play for 15 of the 18 holes. Oklahoma golf is also known to get extremely windy, and it’s a safe assumption that will play a major factor this week.

The field this week will consist of 156 players, including 20 PGA professionals. All of the top players will be here gunning for the glory of a major championship with the exception of Paul Casey, who is still nursing a back injury, and Sungjae Im. Tiger Woods is expected to play, while Phil Mickelson is out.

Let’s take a look at five key metrics for Southern Hills to determine which golfers boast top marks in each category over their past 24 rounds.

Southern Hills is most definitely a second-shot golf course. It features small greens and will play even smaller than the measurements indicate with falloff areas and false fronts protecting the pin locations. There will be a price to pay for missing greens with tightly mowed run off areas.

Strokes Gained: Approach Over Past 24 Rounds

2. Strokes Gained: Around The Green

Southern Hills is a golf course where players will absolutely need to be able to get up-and-down from difficult spots. There are challenging run off areas that will be collecting golf balls all week.

Justin Thomas spoke after playing a practice round at Southern Hills and said “It’s tough to chip. I mean the balls roll off the green, they go pretty far away. You get some grainy, elevated greens to where it’s difficult to get the ball around the hole and over the course of the round in a tournament that can be quite a few shots and the person I think that does that the best is going to have the best chance of winning.”

Strokes Gained: Around The Green Over Past 24 Rounds

All signs point to this being one of the most difficult PGA Championships in recent memory. Small, firm, and fast greens combined with high winds typically results in a great deal of frustration for players. Combine the tricky greens with the fact that this is a very long golf course, and that makes it even more challenging. Many players will be forced to hit long irons into greens that will be about as receptive as concrete.

Any golfer who wants to hoist the Wanamaker Trophy must be able to battle the elements. Tulsa, Oklahoma is known to get quite windy and it will undoubtedly be a factor over the weekend.

We’ve seen over the past few weeks how important putting well on Bentgrass greens have been. Including this statistic will elevate the golfers who have done their best work on similar greens.

It’s no secret that Justin Thomas needs another major championship. When he won the 2017 PGA Championship at Quail Hollow, many people thought that it would be the first of many. While that still may come to fruition, Thomas would be the first to tell you that his five year major drought is unacceptable and that he expects more from himself. The 29-year-old has had some decent finishes in majors, but he hasn’t truly contended in one since that 2017 victory.

At the Masters, Thomas got off to an inexplicably poor start. He shot an open round 76, but bounced back to shoot 67 on Friday and eventually climbed his way back to finish in a tie for 8th place. His weekend charge at Augusta should give “JT” some positive momentum going into the PGA Championship.

Southern Hills should prove itself to be a second shot golf course. These types of courses are typically a great fit for Thomas because he is one of the best iron players in the world. Before JT wins, he typically shows some excellent performances in terms of Strokes Gained: Approach leading into the event. His approach play is most definitely trending in the right direction as he gained 7.4 strokes at Valspar, 5.4 at the Masters, and 4.6 at RBC Heritage.

Justin Thomas is a great iron and wind player, making Southern Hills an ideal spot for him to finally capture his second major championship.

Cantlay is probably the best player on TOUR without a major, and there’s a real chance that changes after this week.

The 30-year-old is arriving at Southern Hills in incredible form. We last saw Cantlay when he won the Zurich Classic alongside Xander Schauffele. He certainly was the catalyst in that victory, and often carried Schauffele at times over the weekend. In his start the week prior at the RBC Heritage, he was excellent once again before losing to Jordan Spieth in a playoff. He gained 8.7 strokes on approach that week, which led the field.

Since the start of the 2021 season, Cantlay has been one of the top players in professional golf. It’s time for the reigning FedEx Cup champion to add a major championship to his resume.

I sniffed out Joaquin Niemann’s breakout win on the PGA TOUR at the 2022 Genesis Invitational and have a similar feeling for this week’s PGA Championship. However, this is unquestionably a much bigger ask for the 23-year-old.

The Chilean comes into the week in good form, having just finished 25th at the Byron Nelson and 12th at the RBC Heritage in his previous start. Niemann hits the ball a long way, which will give him shorter irons into the tricky green complexes of Southern Hills.

However, even for the best of the best, many approach shots will miss the green this week due to how firm and small they’ll be. It’s imperative for golfers to have a good short game, and Niemann has had one of the best around the green games on TOUR this season. In his past 24 rounds, he ranks fourth in Strokes Gained: Around the Green. He also loves putting on Bentgrass, and it’s his favorite putting surface by a significant margin.

I’ve emphasized the importance of being able to play in windy conditions throughout my preview. Another bright spot for Niemann this week is his ability to excel in windy conditions. He ranks ninth in the field in Strokes Gained: Total in moderate and heavy winds.

“The Wonder Kid” is an enormously talented shot maker. It won’t be easy, but he has the raw skill to tame a difficult Southern Hills.